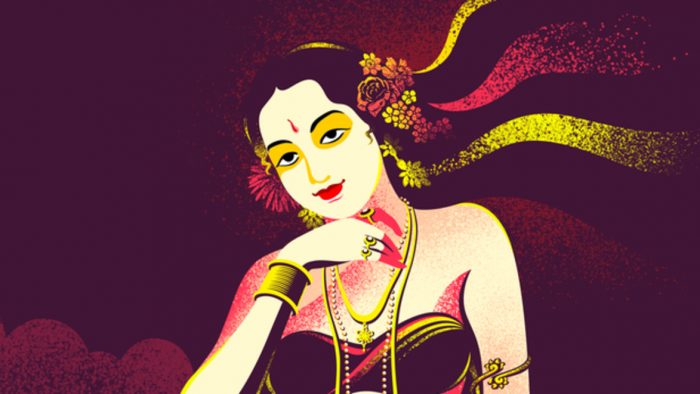 The Vishnu Purana mentions the Samudra Manthan and the emergence of many beautiful things including the vibrant and beautiful Goddess Lakshmi. It is also believed that from the churning of the milky ocean arose some striking Apsaras. On her arrival, Goddess Lakhsmi is greeted with the utterance of the Shri Sukta.

A congregation of the celestial Apsaras led by the most beautiful Apsara Ghritachi danced and welcomed her. Apsara Ghritachi was one nymph who was a reason for the birth of many virtuous children. Apsara Ghritachi has her mention as a mother to many children in both the Ramayana and the Mahabharata.

Apsara Ghritachi and the Puru Dynasty

Apsara Ghritachi and the Bhrigu Dynasty

Meaning: The great and blessed saint Bhrigu, we are informed, was produced by the self-existing Brahma from the fire at the sacrifice of Varuna. And Bhrigu had a son, named Chyavana, whom he dearly loved. And to Chyavana was born a virtuous son called Pramati. And Pramati had a son named Ruru by Ghritachi, the celestial Apsara.

To Ruru also by his wife Pramadvara, was born a son, whose name was Sunaka. He was, Saunaka, thy great ancestor exceedingly virtuous in his ways. He was devoted to asceticism, of great reputation, proficient in law, and eminent among those having a knowledge of the Vedas. He was virtuous, truthful, and of well-regulated fare.

After having hundred daughters, King Kushanabha desired for a son. He started the Putrakameshti Yagna , in order to beget a son. During the performance of the ritual, Kusha, the brainchild of Brahma and the father of Kushanaabha, spoke to his son king Kushanaabha and said the lines below-

Meaning: Oh son!  There will be a highly virtuous and identical son of yours, known as Gaadhi, and through him you also will get everlasting renown in the world, thus Kusha said to Kushanaabha.

Apsara Ghritachi the mother of Nala

The Puranas have a mention of Viswakarma being turned into a monkey by Muni Ritdhwaj for abandoning his own daughter Chitrangada and restricting her from marital bliss. Once the monkey incarnate Viswakarma untied the knots of Jaabali who had been tied to a Banyan tree for years. Muni Ritdhwaj  was pleased with the monkey’s deed  and desired  to grant him a wish.

The monkey was happy with Ritdhwaj Muni’s grace and said “Oh great Muni Ritdhwaj ! I am Chitranagada’s father whom you had cursed to become a monkey. Bless me that I become liberated from all my sins and regain my humanly form.” Ritdhwaj blessed the monkey to procreate a child from Apsara Ghritachi and be liberated thereafter from the curse.

In due course of time, Apsara Ghritachi became aware of the monkey’s real identity and developed physical intimacy with him. After ten months, she gave birth to a son and on that same day, Viswakarma was liberated from the curse and regained his human body. Apsara Ghritachi and Viswakarma had a son Nala. Virtuous Nala is credited as the architect of the Rama Setu- the floating bridge, which took Shri Ram’s Vanar sena across the ocean to Ravan’s Lanka. 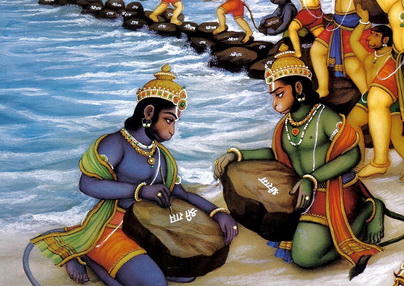 Together they became parents to five sons named- Manu, Maya, Tweshta, Shilpi, and Devagya. These five sons are said to be responsible for expanding the clan of professionals as goldsmith, carpenters, Iron blacksmiths, stone artisans, and bronze-smiths.

Apsara Ghritachi and the birth of Maharishi Shukadeva

Once Vyasa Muni had the desire to beget a boy child but he had no intention of getting entangled in the bond of marriage. He conveyed his desire to Devrishi Narada who advised him to pray to Devi Bhagwati, the prime cause and energy of creation.

Vyasa Muni proceeded to Mount Meru and settled in deep meditation praying to Devi Bhagawati to grant him a son. Subsequently after many years of penance, Vyasa was granted a boon by the Devi through her consort Lord Shiva. Sage Vyasa was happy with the boon of fathering a son but the confusion of begetting a son without matrimonial engagement was bothering him.

The moment Rishi Vyasa was over with the release, Apsara Ghritachi was frightened of attracting a curse from Vyasa and decided to flee the place. With her magical powers, Apsara Ghritachi transformed herself from a beautiful woman to a Shuka – a parrot and flew off from that place. 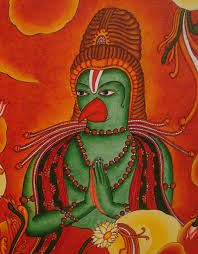 The fallen semen of Vyasa on the Yagna twigs caused the birth of Maharishi Shukadeva. Thus, Apsara Ghritachi is considered a reason for the birth of the great son of Maharishi Vyasa and also a rationale for fulfilling his desire of becoming a parent.

Apsara Ghritachi and the birth of Acharya Drona

The birth of the great guru of the Pandavas and the Kauravas- Dronacharya is also attributed to Apsara Ghritachi. As described in Mahabharat’s Adi Parva, once when Maharishi Bharadwaj was observing strict penance near river Ganga he would often visit the river to perform rituals. Once when he was offering his prayers he saw the beautiful Apsara Ghritachi bathing in the river Ganga.

Seeing the gorgeous Ghritachi bathing bare, Maharishi Bharadwaj was heightened with lust and he released his fluid.  He collected the sperm in an urn known as Drona in Sanskrit. After a few months, a child emerged from the urn and was named Drona. Thus Apsara Ghritachi was in some way responsible for the birth of Drona.

The celestial Apsaras were created to perfection with a compelling draw of instant attraction, having the captivating influence of fascinating the onlooker. Besides extraordinary infatuating capacities, these celestial aqua maidens were also endowed with maternal love and were mothers to many important characters depicted in the Hindu scriptures.