Apsara Punjikasthala And The Curse Of Durvasa Part VIII 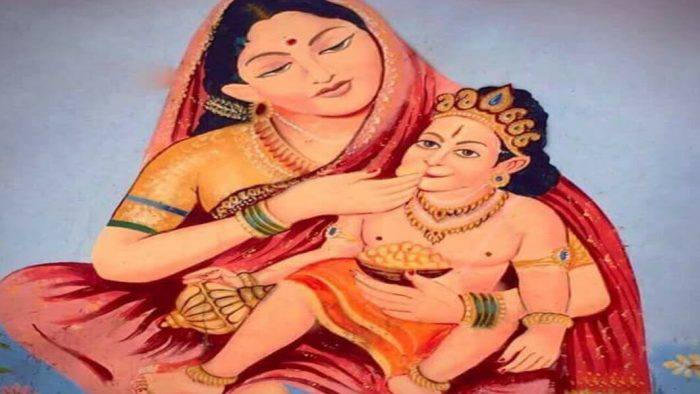 The inscrutable Apsaras had varied roles to play as nrityanganas at Indra Sabha and as enchantress assigned by Indra to curtail the committed penitents of Rishis on Earth. The Apsaras are considered as eternal virgins dedicated to the task of being at the service of the Gods, free from mortal aspirations and limitations. While on their expeditions to Earth these celestial madiens would often free themselves from curses vented upon them by the Gods, Devas, and the angered Rishis.

Puranic scriptures have it that Apsara Punjikasthala was cursed to be a mother in order to free herself from a curse. According to the legend an astoundingly beautiful and talented Apsara, Punjikasthala resided at Indra Lok. She was immensely proud of her skill and mesmerizing beauty.

Once Rishi Durvasa visited Indra. He was engaged in some serious discussion with Indra and the Devas when Punjikastala kept moving in and out of Indra Sabha. Her to and fro movement caused an unnecessary distraction and the same irritated Rishi Durvasa.

Another myth has it that on seeing Rishi Durvasa Punjikasthala giggled uncontrollably. Angered by the callous behavior of the proud Apsara, Durvasa cursed Punjikasthala to be born as a  monkey on Earth. Devastated by hearing Durvasa’s curse, Punjiksthali pleaded to spare her from the curse. She regretted her foolishness and careless behavior. Punjiksthali prayed for forgiveness.

Meaning –She who is distinguished for her unparalleled appearance in the three worlds, oh, dear boy Hanuman, had to take a rebirth on Earth as a monkey who can change her form by her wish, owing to a curse.

Moved by Punjiksthali’s lament, Rishi Durvasa altered his curse and said that she would marry a monkey king on Earth. and be the mother of a very powerful son who would be the most dedicated devotee of Shri Ram.

Apsara Punjikasthala was born on Earth to a monkey King and she was named Anjana.

Meaning– She who took birth as the daughter of great-souled monkey chief Kunjara, on assuming a human physique, putting on caparisons of amazing garlands, dressed in silken clothing, and shining forth with the rarity of her beauty and nobility, at one time ambled on the top of a mountain like a streak of lightning athwart a black-cloud of the rainy season.

Further Jamavanth gives  an account of Punjikasthala’s marriage to the brave monkey king Kesari- the ruler of Sumeru.

Meaning – Punjikasthala by the name Anjana is the nicest apsara among all apsaras and she is the wife of Kesari, the monkey.

The bird was actually an Apsara named Suvarchala, who had been cursed by Lord Brahma to become a bird and live on Earth. Suvarchala had attracted the curse because she had been very restless and impulsive and this had put Lord Brahma into a rage.  Suvarchala repented her ways and seeked for Lord Brahma’s mercy.

Lord Brahma altered his curse for Suvarchala and told her that she would have to go to Earth and stay as a bird and could only be freed from the curse if she touched the rice kheer given by Lord Agni to Dasharatha. Suvarchala had been waiting for the time.

The moment Suvarchala touched the kheer, she transformed into an Apsara. In the process, the kheer slipped out of her claws and headed downwards. As the kheer was falling on the ground Vayu Deva, the Wind God following the orders of Lord Shiva, blew the kheer towards Anjana and Kesari.

Anjana offered prayers to Vayu Dev,-The God of wind to bless her with a son. Suddenly a heavenly voice ordered Anjana to consume the kheer. The Divine voice of Vayu Deva conveyed that the kheer had the power of Vayu-The Wind God.

Meaning– By which reason I embraced you and impregnate myself within you, by that reason you are impregnated in a supersensory manner, thereby you will beget a valiant son endowed with intellect.

Anjana with the blessing of Vayu Deva begot Hanuman as her son who was known as Anjaneya, Vayu putra, and Kesari Nandan.

Meaning– An admirably brave, and a bravely dazzling, and a dazzlingly forceful, and a forcefully overpowering son will be there, also thus, he will be a coequal of mine in flying off and jumping up…’ Thus, the Air-god said to Anjana. 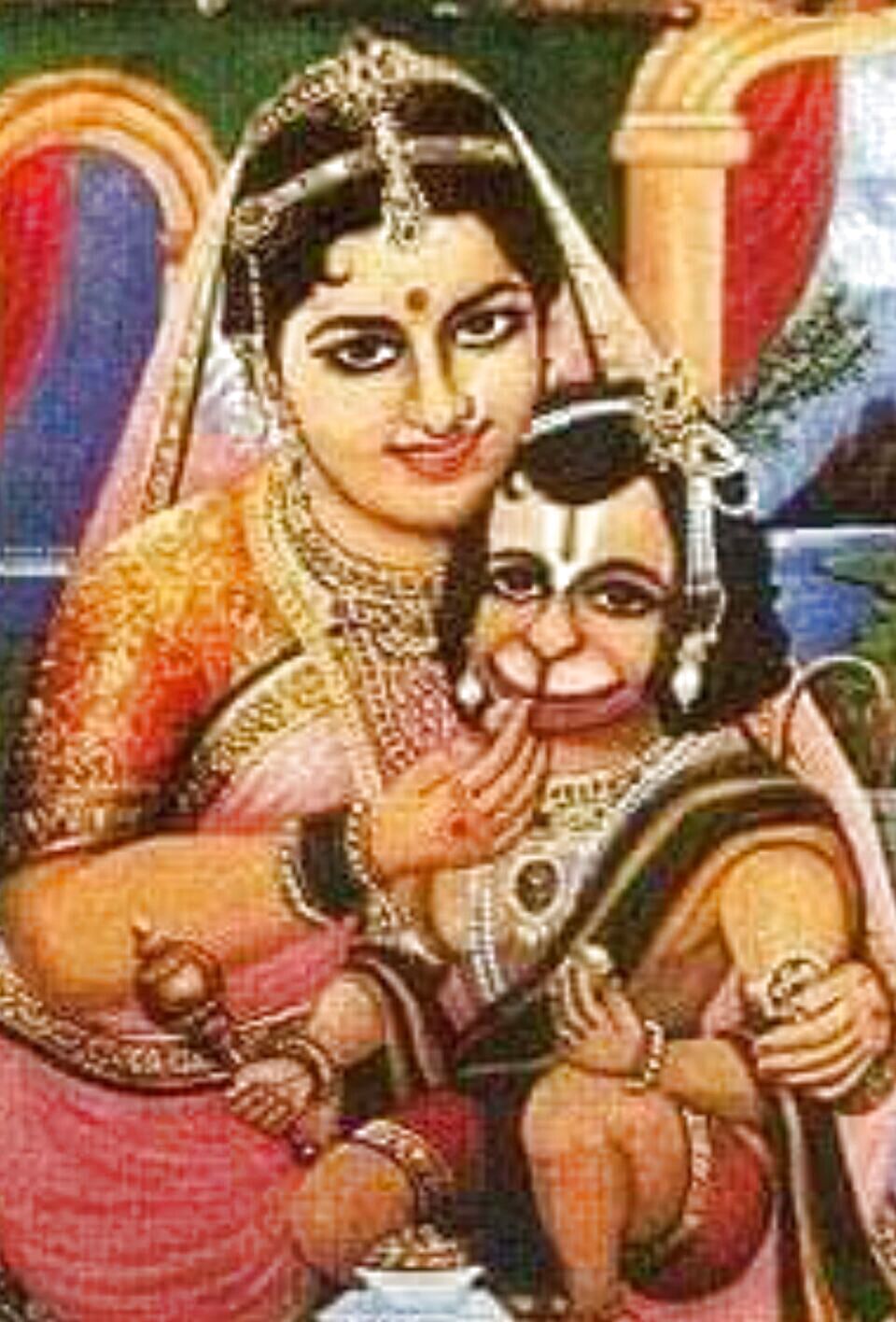