Apsarā Rambha’s Escapade As A Messenger And  Slayer: Part XXV 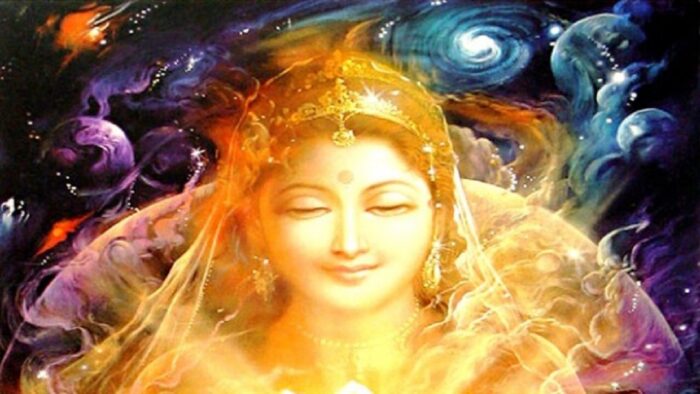 The Apsarās of Amaravati, manifested themselves in many roles. Cherishing each of these roles and leaving soft footprints on the rich sheets of Puranic scriptures, these Apsarās became an essential part of the timeless Sanatan tales. The adventures of Apsarā Rambhā have been many, elevating her as one of the most prominent Apsarās of the Hindu scriptures. Apsarā Rambhā once played the role of a successful emissary to Lord Shiva and Devi Parvati’s daughter. Once she became an efficacious ploy of Indra who implemented her skills to destroy the mighty demon Vṛtrasura.

Rambhā As A Love Messenger

The beautiful daughter of Shiva and Parvati, Aśokasundarī was once taking a stroll inside the beautiful Nandanvana, when Huṇḍa, a demon sees her, he instantly falls in love with her. Ashokasundari ignores Huṇḍa’s advances and informs him that she was to marry Āyu’s son, Nahuṣa. After listening to Aśokasundarī’s revelation, Huṇḍa hatches a plan. Disguised as a widow he visits Aśokasundarī and asks her to accompany him to the hermitage. Convinced by Huṇḍa’s camouflaged widowed attire and gestures, Aśokasundarī follows the disguised demon to his palace. Upon reaching the palace, Aśokasundarī realises that she had been tricked by Huṇḍa’s treachery. Angered by his act, Aśokasundarī curses Huṇḍa to be killed by Nahuṣa. She escapes from the clutches of Huṇḍa to Mount Kailash.

Agitated by Aśokasundarī’s curse, Huṇḍa abducts Nahuṣa from his palace. Huṇḍa fails to execute his evil intent on Nahuṣa as he is rescued by one of Huṇḍa’s maid, who leaves Nahuṣa with Maharishi Vashistha. Nahuṣa is nurtured and cared for by Maharishi Vashistha. Nahuṣa grows up and realizes his destiny as the slayer of Rakshasa Huṇḍa. In the meantime, Huṇḍa makes Aśokasundarī his hostage and falsely informs her that he had killed Nahuṣa. Aśokasundarī is sad and broken. It is then that she comes across a Kinnara couple who inform her of Nahuṣa’s well-being and foretell her that she would mother a powerful son called Yayati and a hundred beautiful daughters after her marriage to Nahuṣa.

The conversation between Apsarā Rambhā and Nahuṣa had been overheard by Rakshasa Huṇḍa’s attendants. They swiftly inform Huṇḍa about his upcoming ill fate and his brutal end in the hands of Nahuṣa. Soon the agitated Huṇḍa barges into a combat with Nahuṣa and is killed. After killing Huṇḍa, Nahuṣa marries Aśokasundarī. Devi Parvati’s prophecy is finally turned to reality with the matrimony bond of Aśokasundarī and Nahuṣa. Apsarā Rambhā is successful in playing an envoy to unite both.

As per Puranic literature, Indra, the king of Swarga – Heaven was once driven out of his kingdom by a demon named Vṛtra. Asura Vṛtra also stole all the water available in the world for his own use and for the use of his Asura army. Asura Vṛtra aimed at finishing humankind leaving them to die of thirst and hunger. His motive was to allow no God or Demi-God to stay alive to challenge his place in Swarga. Vṛtra had acquired a boon that he could not be killed by any known weapon in use. He would not be killed by anything that was either wet or dry or any weapon made of wood or metal. The boon made him imperishable. The activities of Vṛtra created panic in Heaven and on Earth, curtailing Indra’s power to save mankind from the fury of Vṛtrasura. Soon Indra comes up with a plan to corner Vṛtrasura and destroy him. Devraj engages Apsara Rambha to coax Vṛtrasura and make him fall to his trap.

Apsara Rambha sets out to perform the task of alluring Vṛtrasura. She attracts him by her melodious singing and charming dance moves. Full of emotions and excitement Vṛtrasura looks forward to establish a connection with the beautiful maiden. He is inquisitive about her identity and gets engaged in a conversation with her. She introduces herself to him as Apsara Rambha and asks him his identity. Vṛtrasura informs Apsara Rambha that he was Maharishi Kaśyapa’s son, Vṛtra. Asura Vṛtra then expressed his desire for Apsara Rambha and she in turn satisfied his urge. Having established a relation with her, Vṛtrasura submitted himself to the celestial beauty. Apsara Rambha offered him to sip on the intoxicating drink madhu-mādhavī. Refusing to consume the same Vṛtra said

Meaning– O lady, I am a Brāhmaṇa’s son, who has mastered the Vedas and the Vedāṅgas. How shall I drink wine, an act that is condemned?

In response to Vṛtra’s resistance for consuming the wine, Apsara Rambha tried to motivate him. In spite of his denial she was successful in her endeavour to intoxicate him.

Meaning – But that respectable lady Rambhā lovingly gave wine to him against his will. With due courteousness for her he drank the wine. After consuming the madhu –madhavi drink, Vṛtrasura slipped into sweet slumber.

Meaning – When he was extremely dazed by the wine, and lost his senses, just then Indra struck him with his thunderbolt.

Indra had once again succeeded with the help of His heavenly maiden. Apsara Rambha had made it possible for Dev Raj Indra to sly Vṛtrasura and save the Earth and Devlok from perishing.

The maidens of heaven could perform the most creative, intricate and humble tasks with utmost involvement, leaving a profound impact on the course of the Puranic tales. Resonant with the portrayal of love, valour, agony, pride, success and victory, Apsara Rambha remained as a sanguine ambassador in Puranic literature. The credentials earned by Apsarā Rambha through the various missions she undertook, often got translated to boons or banes and in the process made her the propagator of deeds and mis-deeds but each time with a life changing lesson.