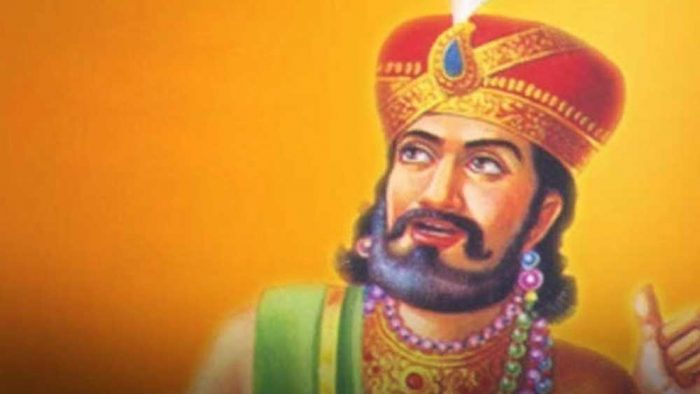 The first chapter of Vidura Niti ended with Vidura advising Dhritarashtra to do the right thing and hand over the Pandava’s “rightful kingdom” to them. The king, as we know, did not take that advice. He was, however, tormented by Sanjay’s harsh words before he had departed for the night. Sleep would not come.

Dhritarashtra wanted to know what should a person suffering from sleeplessness do, and also what the suggested course of action that would be best for both Ajatshatru (Yudhishthira) as well as the Kurus (i.e., the Kauravs in this context, since both the Pandavas and Kauravas were Kurus). In this chapter, Vidura talks about deeds, consequences, of the five senses, and ends with an oblique answer to the king.

Vidura was not one to mince his words. Yet, he chose this preface before responding to the king – “Even if one is not asked, one should speak to one whom one does not wish to see defeated—be it good or bad, hateful or pleasant.” One of the main thrusts of Vidura’s arguments centered around ‘consequences’. Vidura had also indicated to the king that he did not wish to see Dhritarashtra defeated.

Since deeds have consequences, one should examine one’s course of action before embarking on them with undue haste. Important also is to examine one’s own capacity (I am reminded of the famous line from a Hollywood movie: ‘a man’s got to know his limitations’!). Specifically, it is important for a king to know “about the expanse of his kingdom, about how it can be extended, how it might decay, the treasury, population, and punishments”.

A consequence of a king who is haughty is for him to lose his kingdom. By way of analogy, Vidura states that physical beauty is destroyed by old age, and a greedy fish is deceived by a morsel of food that hides an iron hook.

Using the analogy of the greedy fish, Vidura makes the point that one should swallow only that which one can eat and digest, and if digested, will be for one’s welfare. For example, eating a raw fruit from a tree not only does not give any juice from it but also destroys the seed.

Returning to consequences, Vidura advises one to be like the bee that extracts honey from a flower without destroying it. Just as a flower upon flower can be plucked as long as the root is not severed, a king’s taxation policy also must be such. He says the “One should be like the maker of a garland in a grove and not like a burner of charcoal.”

A king can lose a kingdom through inappropriate actions, and the imagery conjured here is like the wind scattering the clouds, like a piece of leather that shrinks when inserted into the fire. A king who is harsh in speech is not much liked by his people. The lesson here is for a king to be not haughty and follow dharma, both when extending and when protecting one’s kingdom. There is some very creative use of analogies to buttress the point that a king should not try and fight someone who is stronger than him:

– one (a cow) that is easy to milk is not discomforted.
– That which is bent without heating is not heated.
– The wood that is bent on its own is never heated.

“The efforts made to protect one’s own kingdom should be similar to those that are made to destroy another one’s kingdom.”

In perhaps a subtle admonition to the king, Vidura says that “It is my view that if there is inferior conduct, noble lineage signifies nothing. … He who is envious of another one’s riches, beauty, valor, lineage, happiness, fortune, and honor, suffers from a disease that has no cure.” Between father and son, they had all these vices covered!

On those same lines, Vidura tells Dhritarashtra that “control of speech is the most difficult.” While good words can bring benefits, evil words and harsh speech can cause great destruction. A forest cut down by axes can grow again, but the wound caused by harsh speech is never healed. One is reminded of Karna’s harsh words to Droupadi in the gambling hall here! Arrows shot can be plucked from one’s body, but the stakes of words can never be pulled out from the heart.

On triumphs, Vidura again uses analogies to make the point that one with good conduct triumphs everywhere – just as the well-dressed triumphs in an assembly, one with a vehicle triumphs over a road, one with cows triumphs in a congregation.

Envy of another person’s riches is not very beneficial, since Vidura says, that for the poor, even salt gives great taste to his food, even though the rich have access to meat and the not-so poor have access to cow’s milk. Even more, the poor can digest even pieces of wood, but there are those rich who are unable to eat all they want (think of diabetes, hypertension, and other ailments).

Before ending this chapter, let’s return to consequences one last time. A person who cannot conquer his five inner enemies (the five senses, and covered in the posts on the previous chapter) will suffer defeat. While striving to expand one’s kingdom is the dharma of kings, doing so when driven by lust is a sin, for they have succumbed to their senses. While Vidura says one should not consort with the evil, his words can also be taken to be a pointer to the fact that a king’s unwise actions may bring destruction upon both the cuplable king and the innocent subjects – “those who commit sin and those who do not commit sin receive equal punishment if they consort with each other, just as wet kindling burns when it is mixed with the dry.”

Sophocles and H.W. Longfellow may have used these words centuries ago – “Whom the gods would destroy they first make mad”, but these words appear many a time in the Mahabharata centuries before that. One such instance is when Vidura tells Dhritarashtra that “When the gods wish to vanquish a man, they distract his intelligence and they see right in what is wrong.” In a similar manner, Vidura says that the king’s sons’ intelligence has been clouded. It was therefore incumbent on the king to do what was right.

This ends the second chapter of Vidura Niti.

Excerpts and source from Bibek Debroy’s unabridged, ten-volume, English translation of the Bhandarkar Oriental Research Institute’s Critical Edition of the Mahabharata, published by Penguin from 2010 to 2015. The verses here are from volume 4. The Sanskrit verses are John Smith’s revision of Prof. Muneo Tokunaga’s version of the text, and available online at https://bombay.indology.info/

Explore Tales from the Mahabharata: Vidura Niti  Part I,  II,  III, and IV