Tales from the Mahabharata: Vidura Niti Part II – The Stupid and Number Play 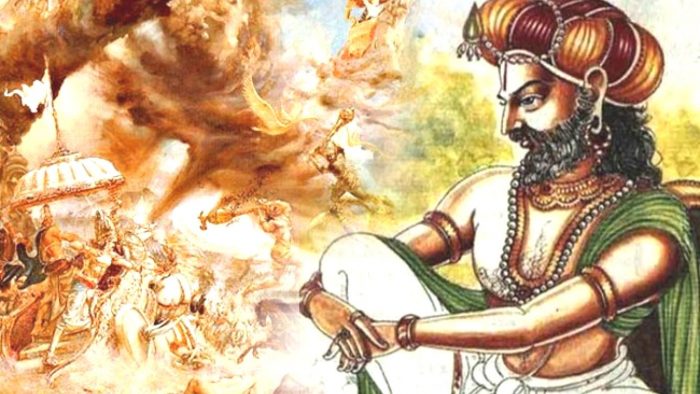 Having begun by talking about the traits of learned people, Vidura then talked ‘stupid’. If the learned can be described and identified by certain qualities, then the stupid should be the ones who lack those attributes. Yes, but Vidura made it a point to list the characteristics of the stupid.

Vidura doesn’t say that not being learned is a sign of being stupid. Not being learned yet vain, being poor yet proud – are two signs of the stupid. It may sound cruel, but it’s also a harsh acknowledgment of reality.

“Striving for artha but without performing deeds” is the third sign of stupidity. Lest one is tempted to argue with that third, note that even the corrupt and crooked have to make some efforts to acquire wealth. They may not do so through honest means, but that is a moral question.

What else marks the stupid?

• ‘He gives up his own objectives and tends to the objectives of others.’
• ‘He takes a long time over something that should be done fast.’
• ‘He postpones tasks that should be performed.’
• ‘He resorts to falsehood for the sake of his friends.’
• ‘He enters when he is not invited.’
• ‘He speaks a lot, even though he has not been asked.’
• ‘He trusts those who should not be trusted.’
• ‘Though he is the one who should be blamed, he is quick to blame others.’
• ‘He hates those who are stronger.’
• ‘He ignores his own strength.’
• ‘He is angered, though he has no powers.’
• ‘He instructs those who are not his pupils.’

In other words, the fool doesn’t do what he is supposed to but procrastinates, and when things go wrong, is quick to blame others. He knows neither his own strengths nor does he know when to speak or when to shut up.

Vidura is just getting warmed up! He now embarks on some delicious number play, a theme that features several times in the epic.

“Having differentiated between the two with the use of the one, bring the three under your control by using the four. Conquer the five. Know the six. Stay away from the seven”

What do the numbers in this sequence allude to? Some we can guess, but Bibek Debroy’s copious footnotes come to the rescue:

1. The one – intelligence
2. The two – right and wrong, the permanent and the transient
3. The three – friend, foe, and neutral
4. The four – sama, dana, danda, bhed (no, I am not going to translate these)
5. The five – the five senses (of sight, sound, smell, touch, and touch)
6. The six – the six vices, kama (desire), krodha (anger), lobha (avarice), moha (delusion), mada (pride) and matsarya (jealousy); or the six objectives of human existence—dharma, artha, kama, moksha, the knowledge of the world and the knowledge of the brahman
7. The seven – A kingdom has seven constituent parts. But this probably means the seven royal vices of women, dicing, hunting, drinking, the harshness of speech, the severity of punishment, and misuse of wealth.

Vidura then embarks almost immediately on another number play, and this is even better than the previous one. It is a long one, so I will cover it in the third part, but here are some questions to get you thinking –

Verses and text sourced from Bibek Debroy’s unabridged, ten-volume, English translation of the Bhandarkar Oriental Research Institute’s Critical Edition of the Mahabharata, published by Penguin from 2010 to 2015. The verses here are from volume 4.

Explore Tales from the Mahabharata: Vidura Niti  Part I