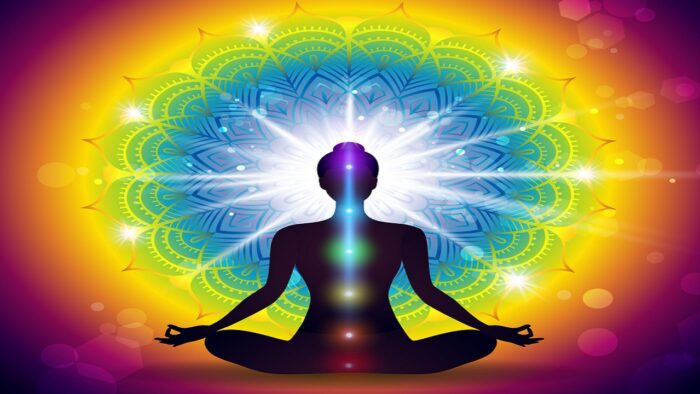 b.  Lexical descriptions and

c.  Textual occurrences in Yogic literature and their commentaries, as available, will be presented. And finally observations will be made on the references.

yat is the suffix that is added to the word to indicate the meaning – beneficial for that. The suffix added as per the grammatical rule  उगवादिभ्यो यत् (aṣṭādhyāyī  5.1.2)

The following derivation of the term in apte and Vacasatyam[1]  dictionaries are worth noting – शूनायैप्राणिवधायहितंरहस्यस्थानत्वात्यत् –  that (the empty place/ uninhabited place or aloneness/aloofness )which is appropriate for killing animals (misdeed, an act of violence secretively)

2) Śvan is the noun that means a dog

yat is the suffix that is added to the word to indicate the meaning – beneficial for that. The suffix added as per the grammatical rule  उगवादिभ्यो यत् (aṣṭādhyāyī  5.1.2)

Though the word śūnya has negative origins, still the sense conveyed is emptiness. It is interesting to note how various very commonly used terms have strange origins.

There is one entry on śūnya in Amarakosha. It is as follows

There are 4 references to the word śūnya in this text

śabdajñānānupātīvastuśūnyovikalpaḥ .. 1.9.. – This reference again has been explained in the context of previous words also. But here vastuśūnya – devoid of the object – is the expression where śūnya indicates absence (devoid).

svarūpaśūnya – devoid of one’s own form – is the expression to be noted here.  This is stated in the context of the nirvitarka state of samāpatti – where when the memory is cleansed of the imaginary connections of word, object and the knowledge the (gross) object alone shines in the mind. At that state, the mind reflects the object alone and, it is as if the mind is devoid of its own form.

The expression to be noted here is puruṣārthaśūnya – being bereft of any purpose to (serve) the puruṣa (the consciousness).  This is the very last Sūtra of the text. Here, on attainment of the final state of refinement by the mind, the three Guṇas have no purpose left to serve the puruṣa and so they attain pratiprasava – dissolution into their cause.

Bhagavadgītā – No entry in this text

The expression śūnyapādavī is seen to recur in two successive verses.In verse 3.4 it is a synonym of suṣumnā-nāḍī. In 3.3 it has been mentioned that once the kuṇḍalī is awakened then suṣumnā becomes a royal path for the prāṇa to traverse. The literal meaning of the expression śūnyapādavī though not discussed in text – can be generally understood as śūnya – empty/free pādavī – path.

As evident, this verse speaks about thekhecarīmudrā. It is stated that khecarīmudrāstays in the space of cavity of the palate. The word śūnya, according to jyotsnā commentary refers to space in the cavity (śūnyesuṣirāvakāśe).

The relevant expressions and their context in the verses are presented briefly hereunder from chapter 4 based on the jyotsnāsaṃskṛta commentary. Diligent readers can use the reference numbers and look up and explore the verses in full from the source text.

I. śūnyāśūnyaṃ (4.3) – This is a synonym of Samādhi (which refers to being empty (of distracting thoughts) and at the same time not empty (being fixed on the object of focus))

II. prāṇaḥśūnyepralīyate (4.10) – here the word śūnya refers to Brahmarandhra (suṣumnā) where the  prāṇa is set to get absorbed. This is said to happen when kuṇḍalī is awakened by the practice of various limbs of Haṭhayoga.

III. śūnyeviśatimānase (4.12) – here the mind is stated to enter into śūnya – which means the Brahman which is devoid of limitations in terms of time, space etc. This is also said to happen when kuṇḍalī is awakened.

V. śūnyecitsukharūpiṇi (4.38) – The outcome of both śāmbhavī&khecarī is stated to lead to bliss on experiencing the consciousness that is śūnya – the entity without limitations of time, space and objects.

VI. iḍāpiṅgalyoḥmadhyeśūnyaṃ (4.44) – śūnya here refers to the space in between the iḍā and piṅgalanāḍīs. It is stated here that prāṇa gets absorbed in this space by the practice of khecarīMudrā.

VII. antaḥśūnyobahiḥśūnyaḥśūnyaḥkumbha (4.56) – Manolaya (absorption of the mind) method is described here where a Yogi should visualize that there is nothing (śūnya) other than Brahman within and without.

VIII. hyānandaḥśūnyasambhavaḥ (4.70), sampūrṇahṛdayaḥśūnyaḥ (4.71) – Experience of bliss in śūnya is described here by piercing the Brahmagranthi that lies in the anāhatacakra by the practice of prāṇāyāma. Śūnya in both these verses refers to hṛdākāśa – the space of the heart (mid-chest).

X. mahāśūnyaṃ (4.74) – This word refers to the space in between the eyebrows. This is where Mardala and other sounds are heard. This is the paricaya stage in the practice of nādānusandhāna.

On the studying the references above across the Yoga literature, the word śūnya has various connotations. They include

Other related expressions are also found such as atiśūnya, mahāśūnyaśūnyāśūnya.

All these have to be noted and this term occurring in these various contexts are to be carefully studied and interpreted.

Unit 7 To be continued…