She’s awake, but not those in power. 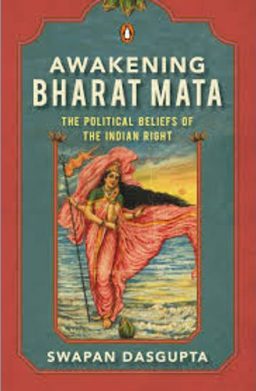 Swapan Dasgupta emerged as a refreshing public face on TV about  15 years ago. His was the first English voice to make the political Right respectable. He spoke for the Right as a needed counter to the Left, rather than endorsing the BJP or RSS.

I was instantly a fan. I thought of him to be in the mould of William Buckley of the New Republic, as much for his stance as for his way with words.

He was also different because he could never be rushed into outraging. He always waited till it was his turn and then, scarcely raising his signature husky voice, delivered his points laced with delightful put-downs.

It was a pleasure to see him routinely twit the easily angered Mani Shankar Aiyar on the weekly NDTV show, ‘Politically Incorrect’. That was not an easy task, because Aiyar was the Channel’s house pet and was always fondly cued to deliver his invectives.

Strangely, Dasgupta’s writing has not, until now, gone beyond articles and columns. It’s a pity because he’s such a smooth writer.

At last, we have his book, ‘Awakening Bharat Mata’ that does credit to him as a historian and communicator. The lucidity is intact and his assertions ring true. Besides, he rises above any endorsement of BJP’s political positions. In fact, he shows its ideological limitations, despite being a political success.

The book is in three parts. The long Preface of 120 pages is a survey of our political history that led to Bharat Mata becoming central, if not contentious phenomenon of our politics. In the remaining 250 pages are selections on the idea of nationalism by thinkers, historians and politicians.

What emerges from Dasgupta’s Preface is that BJP’s gains of political territory are not so much due to its clear articulations on Bharat Mata or any well thought out right-wing ideology, but because of Congress’s cussed confusion about what it stood for, which resulted in its ceding political territory.

His Preface is for all those who do not know the political history of the last century and also for those, like me, who thought they knew.

Let us quickly go over the story as Dasgupta lays it out.

Less than a year after Partition, we see an exasperated Nehru speaking at the convocation of Aligarh Muslim University. He’s pleading with his audience thus: “I have said I am proud of our inheritance and our ancestors who gave an intellectual and cultural pre-eminence to India. How do you feel about this past? … do you feel alien to it and pass it by without feeling the strange thrill which comes from the realisation that we are trustees and inheritors of this vast treasure?”

Was he addressing a sullen audience for him to so plead with it? An audience that had likely voted to split the country? Did he realise his ‘strange thrill’ is what is experienced when Vande Mataram is sung or Bharat Mata ki Jai rents the air? Would he have been aghast if told he was, in fact, pushing what later came to be reviled as the Hindu Nationalist line?

For a man capable of feeling the ‘strange thrill’, Nehru ended up making ‘fighting the RSS-mindset’ as the sum total of an ideology for his party. It’s a line which wrecked the Congress, and allowed BJP’s ascent, doing no more than pointing an accusatory finger at the Congress.

Dasgupta narrates the beginnings of Congress’s sustained ill-tempered attitude towards what it thought was the enemy to be fought: the Hindu Right.

Nehru was furious that Sardar Patel and KM Munshi were determined to rebuild the Somnath temple and President Rajendra Prasad was insistent that he’d attend its dedication. Nehru fretted and fumed in a letter:”…inauguration of Somnath Temple has  created a very bad impression abroad about India.”

Not a surprising prime concern in a man on whom Dasgupta cites his biographer, S.Gopal: Nehru felt, “if all Indians had been converted to Islam or Christianity, their culture would still have remained the same.”

Patel was to die soon. Shortly thereafter Munshi was to tell Nehru in a letter, ”I cannot value India’s freedom if it deprives us of the Bhagwad Gita or uproots our millions from the faith…. and thereby destroy the texture of our lives ”

That began the split of polity leaving no common ground, where national interests might have been served. Had the Congress remained a centrist party, it could have appropriated the nationalist agenda and shut out the Hindu Right forever.

Instead, it chose to go against the grain of the land, with its notions of socialism and secularism.

Bharat Mata was ribbed as a symbol of Hindu revivalism. That Vande Mataram, in fact, began the end of the British Empire across the world. It was forgotten and its singing was deemed anti-secular. Dasgupta says, Congress “vacated a space that was gleefully accepted by Hindu nationalism”

Nehru family dominance over the party resulted in nationalist icons of the past such as Aurobindo, Tilak, B C Pal, Patel and Prasad “incorporated in the pantheon of the Hindu Right.”

This trend of ceding political territory to Jan Sangh/ BJP continued with the shooting of 8 sadhus outside Parliament in 1966, insertion of the word ‘secular’ in the Constitution in 1976, the Shah Bano case and vacillation over Ayodhya.

It’s difficult to miss the irony that in all this period, the Right was doing its best to shed its growing image as a Hindu party. In fact, it began with Savarkar himself. The man who had said in 1937 that “there are two nations in the main: the Hindus and Muslims, in India”, was in ten years saying, “Let the Indian State be purely Indian.”

Guru Golwalkar whose idea of India was, in essence, a State with “Hindu citizens with rights and others who had no entitlements and lived under sufferance” was expunged from RSS narratives. RSS finally settled upon Deendayal Upadhyaya’s ‘Integral Humanism’ which is Dharmic socialism.

RSS had almost shed its Hindu veneer. Bharat Mata lest she should be mistaken for a Hindu goddess was promoted apologetically as a nationalist icon- secular, even.

How did this happen?

My guess is Jinnah gamed Nehru in 1947 with his secular posture. Nehru loath to be outdone by Jinnah bit the bait. He suppressed his ‘strange thrill’ to become the beloved of all.

Sensing that craving, Muslim leadership, in a freshly partitioned India, swiftly perfected its durable art of urbane intimidation, couched in fear and victimhood.

That game continues in India till this day. The current regime with a huge mandate is not immune to this spell either.

Dasgupta’s selections for reading are mostly rather predictable. Aurobindo, Vivekananda or Nivedita are unlikely to surprise us. The interview with Naipaul left me wondering about its appropriateness in this volume.

Of the origins of Bharat Mata, we discover little beyond Bankim Chandra’s hymn Vande Mataram. On what makes up our nationalism, we are left to build it with phrases like, ‘strange thrill’ (Nehru), ‘texture of our lives’ (Munshi), ‘organic National Being’ (Savarkar), ‘core beliefs that endure and often take precedence over everyday concerns’ (Dasgupta).

As for Bharat Mata, she lives on not required to be awakened, in the hearts of humble Hindus and men in uniform. Political parties refer to her if at all, with either mockery or tentativeness.

Loud invocations of her at the end of speeches sound ritual routines. Maybe the rather puzzled image of her on the cover of the book is quite appropriate. I found it saddening.

I would have preferred an extended epilogue by Dasgupta himself on where Indian nationalism stands today and what is being done if at all, to proudly enthrone Bharat Mata. That’s a huge lack in the book.

In its absence, transcript of an S Gurumurthy talk serves as a somewhat fitting end-piece. I wish it was mentioned it dates back to 1995 (I ran a search to know this), because it quite foresaw what needs to lay ahead.

He says “…unless India influences the world, the world will influence India”. That needs to be done over the heads of growing numbers of English speaking Indians, filled with a loathing for this land. (Dasgupta quotes Mukul Kesavan on them: “It’s for them a style choice”)

Gurumurthy says we must “engage Islam and Christianity in open debate so that modern audiences may listen and watch….(We must) strike alliances with Buddhists, with the remaining pagans in Europe, Africa and the Americas who are trying to revive traditions.”

We thus face a long long road as we await the rest of the world to awaken and experience the game of intimidation we succumbed to, either as a virtue or due to fecklessness.

India voted and bowed to the interpretation of the 1946 election verdict, as a mandate for two nations to be created.

Only one was, by a minority.

The majority flubbed the chance and went on to flounder, while wringing its hands.