The Stand Of the Last Pagan 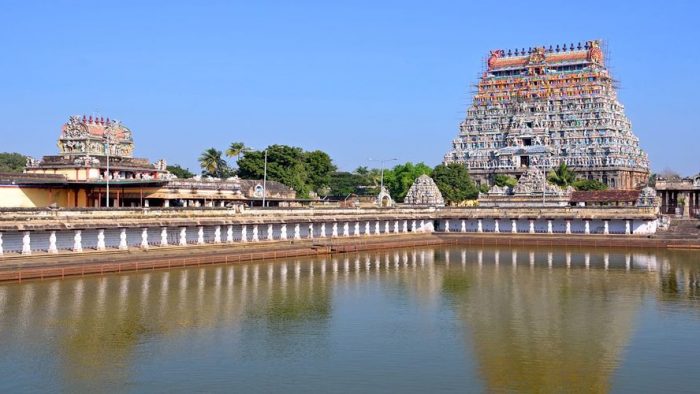 I have long wanted to visit the grand temple at Chidambaram as much as I had longed to go on a tour with Dr Chitra Madhavan. If the temple is a legend, so is she, the interpreter of temples and their universe.

Finally, I got to do both.

On Sepember 21, a busload of us rode out of Chennai before the sun rose. Chidambaram was top of the bill, but there were also a few others to visit that I had scarcely known of. And these, as I found out, made all the difference to my tour experience.

As a scholar of classical architecture, epigraphy, iconography, rites, history, literature and popular lore, Chitra was our eyes to treasures that temples conceal. And to brag a point, she’s also a cherished member of the Indic Academy. Though Chidambaram was not our first stop, let me begin there. That’lI help me share a pattern I got to discover. 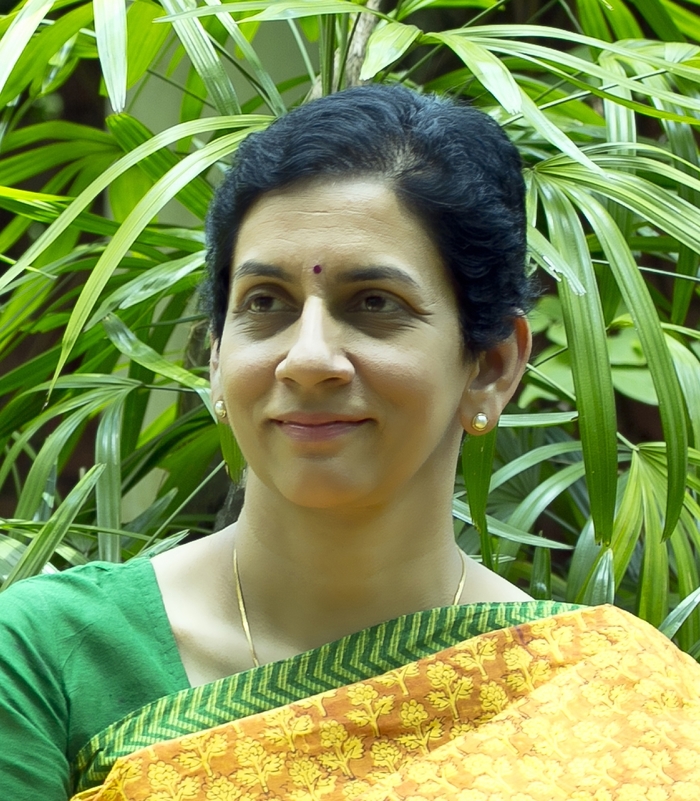 Chidambaram is not merely a temple; It’s a whole campus imperiously certain of its grandeur. It’s an unceasing surround-drama of action. Every way you turn – up, down, or around- you see something to hold you, learn from and often, gasp at.

We begin in a huddle under the East Gopuram.

Young Mahati Kannan, a member of the tour group is explaining the 108 square panels on either side of the grand entrance’s walls. She’s a Bharata Natyam dancer and a researcher.

Her guru? Dr Padma Subramaniam, the renowned dancer and scholar.

“My Guru has researched and discovered that each panel depicts a karana,” she says. “Each depiction is a frozen moment in a movement. A good student or teacher can easily figure out the moves -before and after the freeze- to perform the whole movement of the karana”. She picks a few and shows what moves came before the displayed freeze and what after. 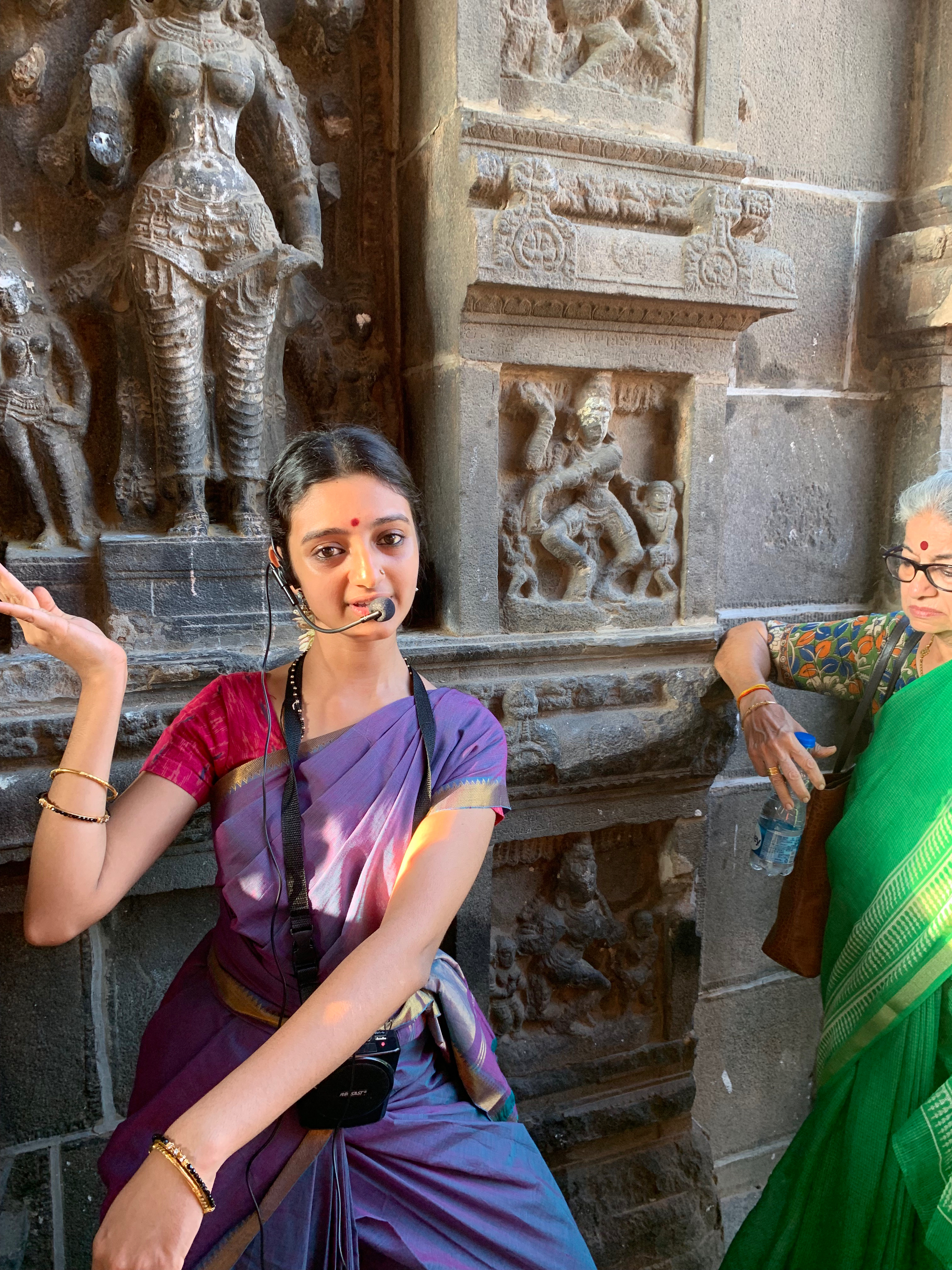 Mahati: “This karana requires that the leg rises behind the dancer, the foot comes over her head and places a tilakam on the forehead.”

Someone: “Is that even possible?”

Mahati: “If it weren’t possible, it wouldn’t be here”

Then she adds softly: “I once trained for weeks under my Guru’s guidance and did it.”

Her faith in our ancestors’ instruction rang in her voice.

I stepped out on the wide promenade between the temple and the majestic wall that encloses it. Each of its four runs has a welcoming gopuram. The stone paving felt soft under my feet. Over a billion feet must have caressed these in the last 1000 years without a break.

That’s who we have been.

I am 78 and Mahati, in her twenties walks behind me.

This is the way we will always be.

I fairly strutted on.

Chitra always goes beyond explaining what we are seeing.

She tells us to view the architectural history of Tamil country in simple terms: “See it as a seamless stream of activity by Pallavas, Cholas, Pandias, the Invaders, Vijayanagar and Nayaks in succession.”

She adds wryly, “Yes, the invaders too contributed. Their onslaught taught us ways to cherish and defend our heritage. We neither surrendered nor ceased building.”

We enter the temple. It is not one space but many, with altars for many deities and saints.
Chidambaram is one of few temples where both Shiva and Vishnu are worshipped and sung to in adoration by both Nayanmars and Alwars. It is thus on the must-visit shortlist of all devotees.

We finally arrive at the court of world renowned Dancing Lord Nataraja. The garbhagriha is dark despite oil lamps. The iconic murti the entire world knows is covered in flowers and barely discernible.

I am on my toes, swaying from right to left for a glimpse.

People stand tightly packed, holding up their clasped hands or their children in the direction where He dances.

Giant brass bells clang aloud. Conches and trumpets blow. Drums beat. And He dances on.
I gaze at their faces. And, see in them the ecstasy of His dance. And that suffices me.

We had been on the temple campus for over three hours and we were not done yet.

We are walking out past panels that depict life of the times, to celebrate, instruct and to caution.
We see dancers, musicians, wrestlers, archers, elephants in parade, women in their finery, couples in love.

I returned more overwhelmed than exhausted.

About 45 kM from Chidambaram, is Thiruvahindrapuram or popularly Thiruvendipuram. It is one of 108 Divya Desams, which are temples to Vishnu visited and sung to by Alwars. It is the ultimate desire of a Vaishnava bhakta to offer worship in them all.

On the bus, Chitra mentioned that we would view the most beautiful Sri Rama we’ll ever see. Murmurs of protest rose at once, contesting her claim.

Someone from Vaduvur asserted no Ramar can be better than ‘ours’. There was another voice that claimed the title for their village’s Rama.

It was settled that we were to see ‘one of the most beautiful’ Sri Rama. It will never do to slight a Tamil’s kula deivam!

Thiruvendipuram exudes piety. There’s a hillock by the temple called Aushadagiri, said to have grown from a clump of Sanjeevani that fell as Anjaneya flew over the village on his mission to save Lakshmanan. It must have been a lush village 1000 years ago, when Kulothunga Chola (1070-1120) built a temple for Devanathaswamy.

The bronze ensemble of Sri Rama, Sita, Lakshman and Hanuman is beyond beautiful. Ramar is all grace and heroism. 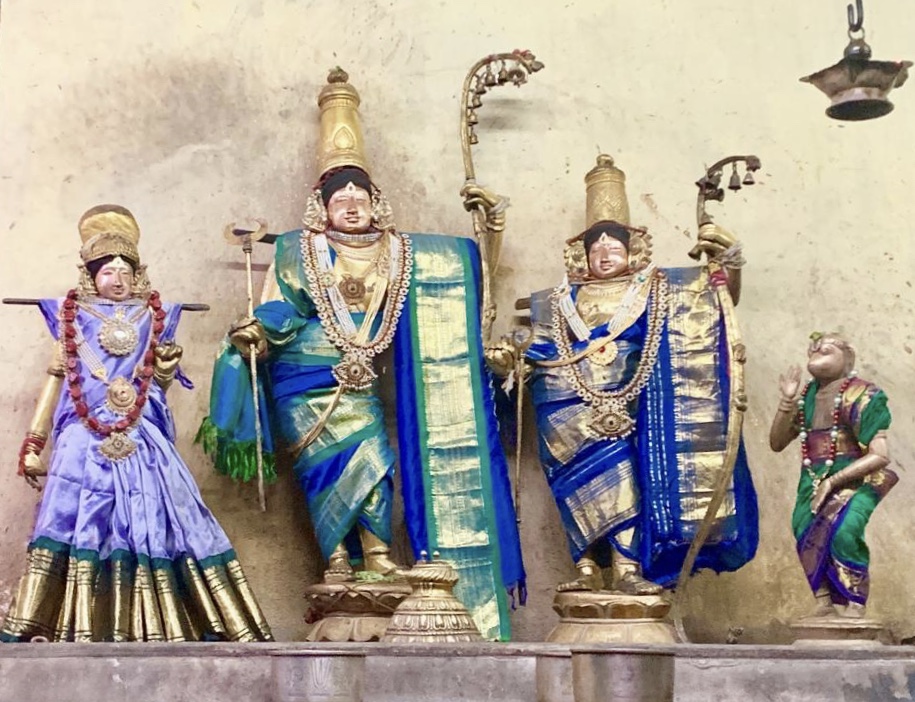 Down the road from the temple, is a well-preserved house, where Sri Vedanta Desika (1268 -1360), the Sri Vaishnava scholar and polyglot lived for several years. While here, blessed and inspired by Hayagriva Swami in a temple atop Aushadagiri, he wrote Sri Raghuveera Gadyam.

A gadyam is a prose poem, in which words interlock without space. When delivered, it is a spellbinding torrent. In this gadyam Sri Desika narrates the qualities of valorous Sri Rama. As the bus leaves Tiruvendipuram, I listen to the Raghuveera Gadyam on my phone.

It was twilight when the bus arrived at Thirubhuvanai. It was a slow ride through narrow streets. It had also been a long day. Hadn’t I seen the famous temples already?

Reading our minds, Chitra addressed the group: “You wonder don’t you, why I have brought you to this remote village with a little known temple. I will tell you.”

“This little temple is cared for by the Archaeological Survey of India. Inscriptions on its walls are priceless. They speak to us from 1,100 ago. That there was Vedic College, that it had 260 students taught by 12 Gurus, who taught all the four Vedas and upaVedas.”

“Inscriptions describe a hostel, a clinic and a hospital. They detail the salaries and duties of all the staff.” Chitra paused and seeing us stunned, smiled.

It moved me that this heritage of mine had Kings such as Paranthaka Chola with the foresight that the core knowledge -the Vedas- needed to be preserved and passed on to succeeding generations.

Chitra went on: “You’d be happy to know that it was the Queen Mahadevi who coaxed the King to create this College and settle a family of scholars well versed in Vedas.”

I repeated it to myself to experience the grandeur of its sound.

“There were two other similar Vedic Institutions created in the same period: in villages of Thirumukkudal and Ennayiram”

We disperse and walk slowly around the dainty temple.

I approach the garbhagriham, and stop at a respectful distance as all temples require you to.

The friendly priest beckons me. It seems permissible here to go further in.

Suddenly, I am within embracing distance of Varadaraja Perumal. He is 5 feet tall, seated.

He looks directly at me. I am unnerved. I bow, overwhelmed.

The priest lets my moment linger for what seems a long time.

I slowly leave and rejoin the group.

As we were boarding the bus, the priest approaches me: “Did you notice Varadarajar smile at you?”

I only know he had looked me in the eye and I could not endure it.

On the bus ride back, I slipped into a reverie.

I allowed myself to imagine a pattern, whether it was valid or not.

At Thirubhuvanai, I imagined the sparse cloistered world of scholars, keepers as it were, of the kernel of all knowledge, the Vedas.

At Tiruvendipuram, I imagined a more personal space for a bhakta’s poetic interpretation of the kernel of Vedas.

At Chidambaram I imagined our ancestors decide it was time to make the knowledge accessible to all. They created sprawling spaces to alter and relax you, tens of altars, deities, songs, stories, rites and festivals to experience and know that everything that is manifested is divine; conversely, by showing respect for all that’s around you, you can begin the journey to the godhead.

Thousands of temples, big and small across Tamil Country provide this access to the divine at various levels.

During my three day tour of six temples, I saw folks throng them in awe and devotion. They were taking in stories of extraordinary feats by gods, saints, poets and devotees. They worshipped trees designated as sthala vriksham. They bowed to gods in myriad forms, human and animal, who moved between earth and the heavens, across unimaginable scales of time. They heard of erring gods and reformed demons.They listened to tales and legends you’d call irrational or superstitious. They took them in instinctively realizing the stories were for conveying a truth. And, they went away secure that they each belonged in this rich culture.

As one who has lived close to eight decades, I allowed myself a smile.

Such is Tamil Nadu today, a land once battered by Islam, Europeans, ‘rationalists’, socialists, separatists and evangelists.

It refused to buckle. Investments made by our kings, philosophers and poets ensured that. And I am certain, it will go on doing so. And as with Tamil Nadu, so for the rest of Bharata Varsha.

Bharat is a still thriving Civilisation that halted a marauding cult intent on destroying its variety and that later lit a fire that destroyed colonialism across the world.

Bharat will yet be this Last Pagan Nation that will remain standing, holding up a lamp so bright as would expose limited cults pretending to be the whole Truth.

Pagan: One who sees divinity in everything in the universe while refusing to accept that there is only one way for all to experience that divinity.