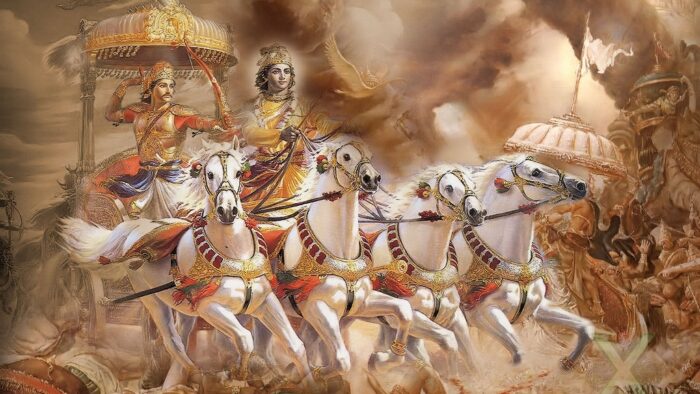 I was speaking to a friend of mine, who is around the age of 35. She lost her elder sister six months ago due to Covid. Both sisters were very close. The elder sister was like a mother to my friend. Though the bereavement happened six months ago, she is unable to come out of the shock. Her sleep and appetite has been affected, there are mood swings, energy levels are low and life seems to be in shambles. Though she herself realizes that the grief is not doing her good, she finds difficult to come out of the chain of afflicting thoughts. I listened to her words patiently and uttered a few words of consolation. At that point of conversation I could do only that much.

It is a reality that in these times of Covid Pandemic, there is none who is not touched by bereavement. Hence, most of us are afflicted by grief.  Some of us come to terms with grief and accept the situation and come back to realities of life. There are some whose grief does not seem to end. The sense of loss lingers longer and longer and does not seem to end, even if the person wants to come out it.

Later, as I was reflecting about this prolonged sense of grief that is haunting a few, I contemplated thus – Is grief gripping my friend or is it my friend who is holding on to grief?

I was reminded of couple of verses of Bhagavadgītā on – who exactly is the one who is holding on – is it grief or is it us.

These two verses are on the concept of Dhṛti in the eighteenth chapter of the Gītā.  Dhṛti can be understood as will power, fortitude in a positive sense and in a negative sense it is mental clinging. I felt that the Sātvika and Tāmasika Dhṛtis discussed in Gītā the are relevant to the current topic under discussion and hence I elaborate on them.

It is well know that Tamas is an aspect of human existence that is characterized by inertia – lack of movement and hence points to brooding over things that have happened.

That Dhṛti by which one holds on to dream, pain, sorrow, pride and does not let them go is Tāmasika in nature.

A person (with Tāmasika Dhṛti)… feels (his dream, pain, sorrow, pride) as something very important and considers that, as a duty he should always think about these and does not let them go…

Based on this comment when we think-  we understand that we consider our experiences of sorrow or happiness as very important and keep going back to them. But what Śrīkṛṣṇa and Ācārya Śaṅkara suggest here is that we should step out of examining and re-examining our own experiences and situations – that push us into vicious circle of grief again and again.

By implication, the technique to come out this vicious circle – is to look at those who are under much greater suffering and peril than us and yet are courageously fighting it out. Let us look at the lives of Covid warriors who are in the front line – doctors, nurses and health workers of our country. Who else are at greater peril and suffering than us?

For example – the words of Bhavana Dhruv, a nurse serving in BR Ambedkar Medical College in Raipur, in the Mann Ki Baat program of Prime Minister Narendra Modi aired on 25th of April 2021 is worth noting. In conversation with the Prime Minister she states–

“When I was put on Covid duty for the first time, first of all I shared this Covid duty part with my family members. This was in May. And as I shared this, all got scared, worried … they started telling me that I should work with care…it was an emotional situation Sir. When my daughter asked me, “Mamma you are going for Covid duty?”… it was a very emotional moment for me. But when I went near a Covid patient, I had left a responsibility at home. And when I met Covid patients Sir, they were much more frightened. All the patients were so frightened by the name Covid that they were not able to understand what was happening to them or what we would do further. To remove their fear we gave them a very healthy environment.”

Had Bhavana ji held on to fear of family members, and held on to the emotional words of her daughter, she would not have been able to perform her life saving duty. But she transcended it, stepped out of it  and could serve the nation in these difficult times.

When grief, pain, suffering due to a personal loss arises and wants us to brood over it again and again (which is Tāmasika Dhṛti) we should remember the lives of people like Bhavana ji which will help us come out of our limited circle and inspire to live for a greater good.

As a contrast to Tāmasika Dhṛti, Bhagavān Śrīkṛṣṇa states the following about Sātvika Dhṛti. Sattva refers to light and knowledge and higher and better perspective and approach to life.

That Dhṛti (will power) with which one holds on to the activities of the mind, the breath and the senses by un-wavering (systematic) Yoga, is Sātvika Dhṛti.

When circumstances of bereavement caused by pandemic such as covid arises we are in a state of shock, how do we overcome the shock and manage ourselves better? What is the approach that we derive from the above verse of the  gītā?

The answer lies in our ability to return to our duties and responsibilities(svadharma). We should remind ourselves of our duties in the family and the profession that feeds us and our family. As a father, Mother and a responsible son and daughter taking care of elderly, as a citizen of the country we should perform our duties. As doctors, teachers, researchers, bankers, IT professionals, we have our professional duties cut out. We should return to them and continue our dharma and not allow ourselves to be drowned in grief. This can also be a way in which we can understand Ācārya Śaṅkara’s commentary regarding the ability to hold to the functions of the mind, breath and senses in the path acceptable to śāstras which is deemed as Sātvika Dhṛti.

Let us look at an example of – two doctors from Gujarat – Dr Shilpa Patel and Dr Rahul Parmar who returned to their duty after performing final rites to their mothers.

India today reports – “At 3.30 am on Thursday morning, her mother passed away at a hospital ICU after a week’s battle with the virus. Six hours later, Dr Shilpa Patel, working at state-run SSG Hospital in Vadodara, was back in the saddle, to perform her duty”.

“Dr Rahul Parmar’s mother Kanta Parmar died of age-related issues in Gandhinagar on Thursday. But Rahul Parmar, who works as a nodal officer for Covid management and is part of the dead body disposal team at central Gujarat’s biggest hospital, finished the cremation rituals before rushing back to join his duty on Friday.”. This news was filed as recently as on April 18, 2021.”

Though the case of these two doctors are exceptional in terms of returning back to duty, people who are in a state of prolonged grief (like the example of a person in grief for six months given in the beginning), who are unable to come out of their sadness, can look up to these example as a source of inspiration to return to their duty and derive purpose in life, if not for oneself, but for dependents, society and the country at large.

Hence whether or not afflicted by grief at this point of time– daily dose of asana, prāṇāyāma, dhyāna and chanting– with an understanding that these are essential tools in gaining gradual control over situations and over ourselves – will go a long way in helping us.

It has to be stated that, this write up is not to undermine the emotional pain of individuals due to bereavement. But this is a humble attempt to suggests ways to recognize, reorganize,  re-centre and recalibrate ourselves to carry on with life.

Attempt is not made here to suggest that one forget the individual that has passed away. Rather, in certain families in Hindu tradition, there is convention of writing verses called carama-śloka – verses in memory of individuals that have passed away. These verses are read in the 13th day funeral ritual. The verses generally contain descriptions about the birth, deeds and virtues of the personality that has passed away. These verses, in short, contain what we need to remember, hold on to, regarding the individual. This verse also marks at least, the formal end of grieving and reminds us to get back to normal ways of life holding on to ideals for which the person who left us lived for.