Kurukshetra: A Quantitative Study – Part I 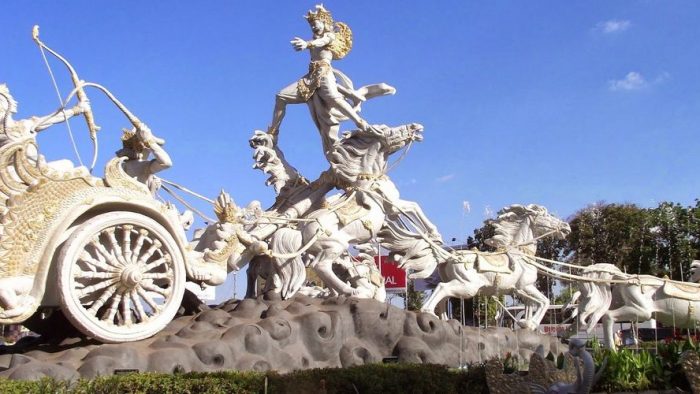 The epic battle of Mahabharata is an event that has been etched in the memory and imagination of Indians and Hindus since millennia. And it shall continue to do so, for scholars and common folk alike.

The imminent result of a long drawn feud among the Kuru family, between the sons of Pandu and those of Dhritarashtra soon blew up into a confrontation that drew participation from entire Bharatavarsha. The war raged over eighteen days, claimed the lives of eighteen Akshauhinis of Armies that poured from all over ancient, undivided India and beyond. The luckier ones that survived the battlefield found themselves perishing in the midnight massacre on the night of eighteenth day, by Ashvatthama.

Scholars and storytellers have been trying to draw and enunciate the innumerable lessons that the epic battle has instore for mankind, of courage, of wisdom, of gratitude, of ethics and of the never-ending pursuit for the knowledge of Dharma. As commentaries have been written upon the qualitative studies conducted by schools, Ashramas and gurus, a quantitative study of the battle would have its own set of inputs and insights to add. Especially about the magnitude and scale of the war, about the personal or family feuds, about long forgotten heroes and stories ignored (wilfully or otherwise) by popular adaptations and renditions.

It was with this thought in mind that I had started upon the exercise of compilation of individual confrontations of Kurukshetra war into a spreadsheet database. The exercise started in June 2019 and the detail was daunting as well as mesmerizing, because of which I first set upon summarizing each battle (also tweeting it in a thread) and then capturing the result of each battle. There were complications that arose owing to the real and complex nature of the battle. Confrontations were of three kinds (mainly)

The realistic nature of the battle clearly reflects in the melee and chaos even in the poetic description of Mahabharata where a duel often dissolves into a general battle or vice versa, ending up with a no result despite the effort exerted. There are also cases where a duel that promises a clear result would become a cumulative attack because one of the warriors would start dominating which is not acceptable to the friends of the disadvantaged warrior and hence, they would jump in to surround the opponent. Arjuna and Bhima top the list prevailing over multiple opponents with 15 and 14 cumulative attacks

After counting and compiling such confrontations, the database contains:

The exercise also threw up results that would challenge popularly held beliefs regarding the people of Mahabharata.

The discoveries could go on and on, shedding new light on the way we look at the immortal people of the epic, their choices and trajectories. While I make no claim that this quantitative study can override the qualitative Shastraic study of Mahabharata, it shall aid the process with irrefutable data and add a real perspective. Some more interesting graphs that would interest readers and enthusiasts include the ones below. The warring camps have been termed as Pandava and Kaurava keeping with the popular definitions (Technically, one could argue that the Pandavas too are Kauravas, being the descendants of Kuru dynasty) 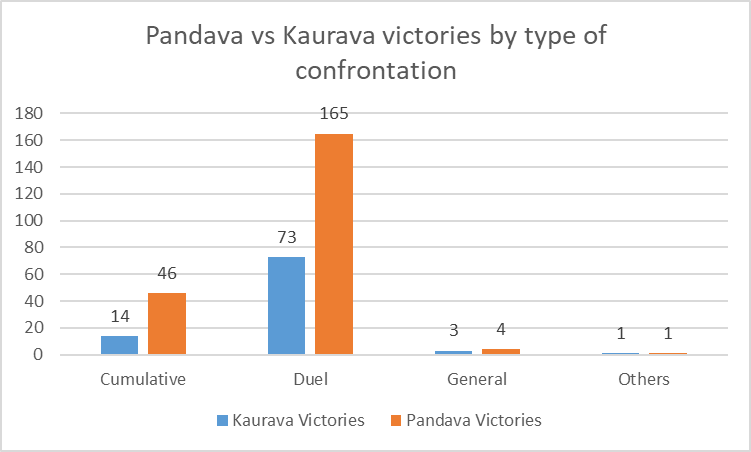 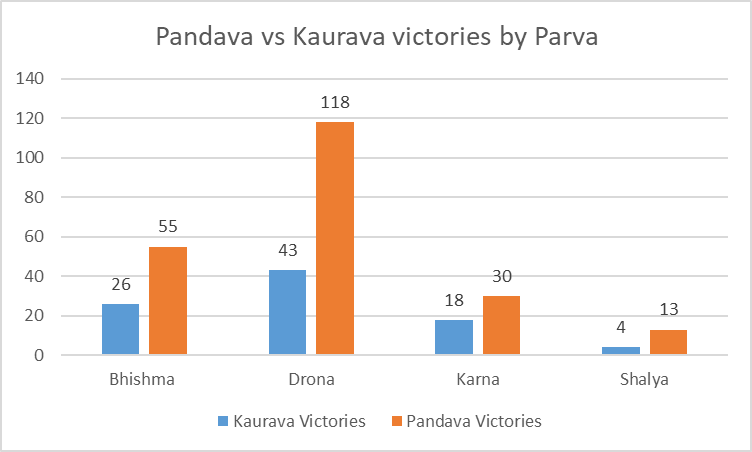 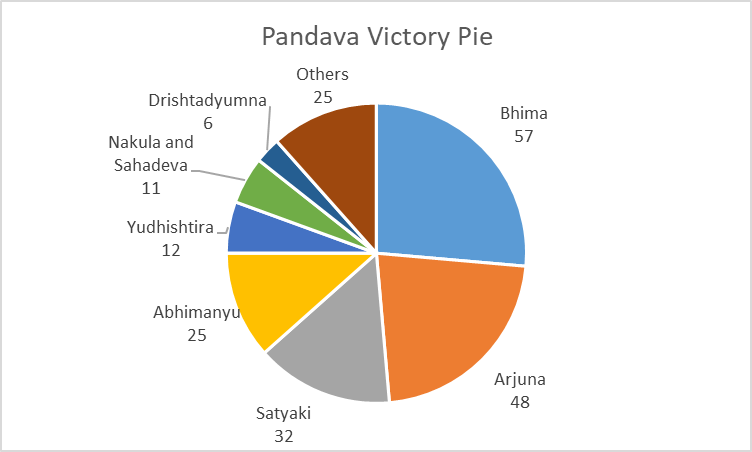 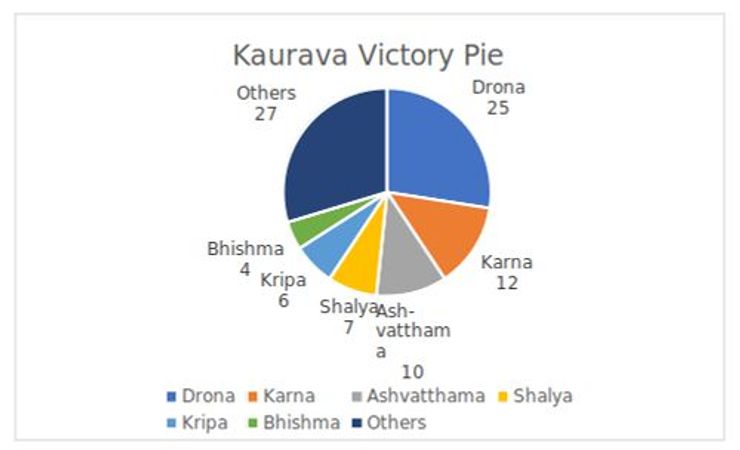 Current efforts include evolution of the database to assign a certain weight to each victory and loss and factor in the usage of Divyastras. In my next article, I shall present in detail, a qualitative study of a couple of war events where this quantitative study comes in handy.