India At 71: Crises of Identity Amidst The Machinations Of Monopolists 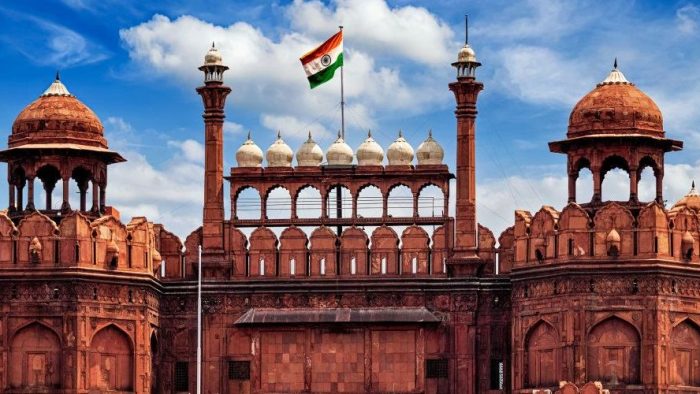 It is a yearly ritual, since 1947, to ask both the simple and obvious questions of what independence has brought to and means to India, as well as pose the more probing interrogatories about identity, belonging, and seeking post-independence. Getting to a satisfying there where Bharat meets India, on terms that both the Bharateeya and the Indian can celebrate, seems to be a distant destination in this 71st year of India’s independence from colonial rule.

Once colonized, the getting there is through a long, bumpy road that winds upon itself, tying us up in knots of the mind and the soul, and wearing us down with self-doubt about our place in the Sun. This identity quest, if indulged in for far too long, by the digging up of the dirt of history, can keep us stalled on that bumpy road or get us into the ravines of rage and regret. Colonized for long, humiliated, injured, and robbed of our precious legacies, and of our sense of self, we struggle to find our place in the new scheme of things, either ignorantly or blithely joining the broad stream of the global village, or standing by on the sidelines wondering whether to enter the stream or which traditional path to take that will take us to the place where we need to go.

This identity issue haunts the Hindu more than the Muslim or the Christian, the Sikh or the Jaina, and the older Indians more than those born in the 1990s and later. In many ways, and despite all of their internal quarrels and murderous behavior, the Christian and the Muslim harks back to his/her legacy of belonging to conquering and colonizing faiths. The Indian Christian and the Indian Muslim, despite being Indian, identifies with his/her religion and its history, or seeks to co-opt their Hindu past into molding a new Indian-Christian/Indian-Muslim identity, as for example, building churches to look like temples, or having Jesus replace Sri Rama in Carnatic kritis. They may ignore, forgive, or even celebrate the conquering faith’s presence and actions in India, and may strive hard to put the Hindu in his place: that of the conquered and the colonized.

But I wonder about my own response to being Indian and Hindu, now as an American and a Hindu, and whether my being a 1950s-born Indian has shaped my world as well as my attitudes toward the world. Is my seeking that firm ground of conviction and belonging a fruitless and futile quest? How does my being Hindu and India-born shape my response to life in the United States, and of what I see, hear, and experience in India when I am there on visits? Am I still trying to please my White neighbors, colleagues, and friends, or am I being self-consciously aggressive in my response to Christian/White infirmities, both present and past? Do I join with my South-Asianist colleagues in whitewashing Muslim terror and depredation in India, or joining hands with them to pummel Hindus for their peccadilloes and past injustices?

I think of that day, in 1961, when an uncle wrote a little speech for me that I read at the flag-hoisting ceremony hosted by the National English School, on the empty lot next to the two-story building that housed the school (now, National Public School). Dr. Gopalkrishna and his wife Santhamma’s project of educating Bangalore/Bengaluru’s children started in front of the house that my paternal grandparents lived in, very, very modestly, in Rajajinagar. Those were the days when you could see the sun go down beyond the hill two streets behind my grandparents’ home, and there were empty lots as far as the eye could see. “We gather here today to celebrate…” was the introductory line that my uncle parsed together for me, then five-years-old. That line is struck in my memory when almost the rest of that year spent in my grandparents’ house is lost in a haze of the past.

I remember 1965, back at my grandparents’ house, as a fourth-grader, and attending the same National English School, and reading headlines about the India-Pakistan war from the “Deccan Herald” newspaper. I translated those headlines and short reports into Kannada for my grandmother, and saw my grandmother cry as I told her how some Indian pilots had lost their life steering their “Gnats” into enemy territory, and taking down those bloody Pakistani pilots in their American jets, but succumbing finally as they protected Indian territory. Independence meant something else then.

Which brings me to the point that Indians see or sense independence differently depending on when they were born. Therefore, just as Americans label each generation and mark them with certain characteristics – the GI generation, the Silent generation, the Baby Boomers, the X, Y, Z generations – we India-born too may have to find appropriate labels to mark ourselves. I thought I would try to come up with some identity markers. Then, I wondered if others had tried to do it, and what they had come up with. The “pre-independence” and “post-independence” categories are both too simple and too obvious. Googling, I found a Nagarajan Srinivas, on Quora, had given it more thought and come up with these labels and identity-markers:

While a useful categorization of Indian generations, these summaries don’t provide the insights necessary to understand India’s struggle to become “itself” and not a construct of inside and outside inimical forces or of the colonizers, still wishing to hold on to what they think they created of the presence that was Bharat.

The computer and the smart phone, of course, have untethered the global citizen, including the Indian variety, from local constraints but this new citizen of the world can easily get lost in the internet swamp, in a new version of the frog in the well, happy to click on the same links, the same sites, and “talk” with a select few with the same inclinations, and similar blinkers/blinders on. I have mine on, and my view of the world and of myself are similarly bound. But, I am beginning to see both a new resurgence as well as sense a new urgency among Hindus, both Hindu-Indians and Hindu-Americans. The new resurgence has enabled us to dig and ferret out information and knowledge about the Hindu past, and rediscover the beauty and profundity of Hindu thought and contributions. We write about it, and celebrate the glories and the grandeur of that thought and those contributions in the new websites and online platforms we have created, and in the new conferences and conventions that we have begun to organize. But there is also a sense of urgency about the changing world that continues to be bound by the predatory philosophies and institutions of monopolistic, monotheistic religions, and especially their influence on and plans for India. Their wish to remove Bharat out of India, so that it becomes an even more fertile ground for their millennia-long head-hunting, soul-harvesting projects is scary. That this project is aided and abetted by India’s so-called “secular/progressive” elites is even more distressing.

So, as Bharat that is India celebrates 71 years of independence, I worry about this clash of civilizations, and conflict within the nation, and wonder who is aligned with what forces for what ends. The Western “nation” system is about four centuries old, if we trace it back to the Treaty of Westphalia (1648), and this “modern comity of nations”, stitched and fabricated post-World War II is fragile, with many internal and external contradictions. India, despite its bloody partition, hostile neighbors, and long colonization, stands as a bulwark against the religiously-inspired predations of the Western and Middle Eastern worlds, and the ideologically-and-strategically inspired plans of China. India’s strengths lie in its Hindu foundations. The sustained efforts at weakening that foundation make it imperative that we raise the pitch of our complaints and of our concerns, on this 15th day of August, 2018, lest India at 100, on the 15th day of August, 2047, is bereft of Bharat.