Why All Religions Are Not The Same – Part 2 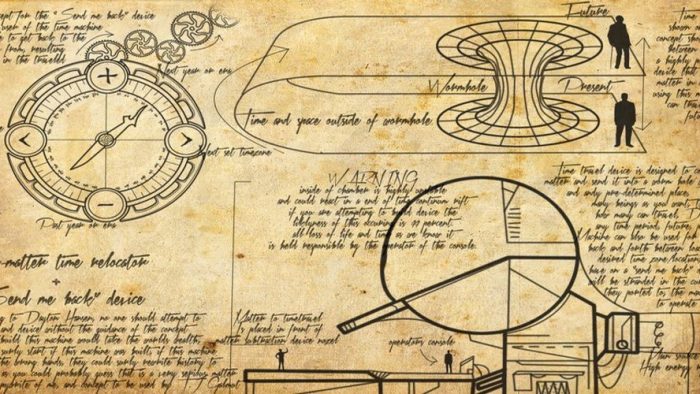 “Time is the interface between Science and Religion” — Dr. CK Raju

The biggest difference and that which makes it impossible for the Eastern and Western cultures to meet at a midpoint is their concepts of Time. This is also the fundamental problem of the West which makes it difficult for them to understand the Eastern cultures. The Biblical dogmas of Noah’s sons Japheth, Shem and Ham have been used by the Christian West to describe, a. themselves; b. Jews and Muslims (Semites), and c. Non-Abrahamic world (Hamites). No wonder that when so much ignorance is passed off as scholarship based on the unscientific stories in the Old Testament, it results in hate theories of anti-Semitism and racism. The Holocaust and the Aryan Invasion Theories are direct results of this dogma inspired hate and supremacism.

The biggest defining difference between East and West is their concept of Time, not just because of the nature of concepts, but also because it demarcates their proximity or distance from Science.

Hinduism, which is the philosophical origin point of almost all Eastern religions, such as Buddhism, Jainism, Sikhism, Taoism, Shintoism, and many smaller religions, treats Time as cyclical. Kāla Chakra is a frequently occurring term in everyday conversation of Hindus, meaning the cycle of Time. The Sanskrit term for the Universe, Brahmānda, conceives of the Cosmos as an egg. The Sanskrit term for the material world, Saṃsāra, itself means ‘the cycle of birth and death’, as opposed to Nirvāṇa, which means liberation from this cycle.

There are variations to this concept of Time. Dr. CK Raju has proposed the concept of quasi-cyclical Time, without which the an entire cycle of the expansion and contraction of the Cosmos would repeat endlessly and exactly (eternal recurrence). The Cosmos is presently in the expansion mode, with some Scientists positing a concept of ever-expanding Universe, but the Big Bang theory being ever expanding is now seriously doubted, and scientists are seriously considering the cyclical concept of Time. The cyclical model of the universe is the most probable: an expanding singularity (the big bang), an expanding universe (what we currently observe), equilibrium, a contracting universe, and a singularity again. And then, the next cycle. Needless to say, this is what Hindu cosmology talks about. Hindu cosmology is the only system of cosmology whose vast time scales are comparable to those of physical cosmology.

The Christian West also started out by internalising the Greek notion of migrating soul, and cyclical Time. However, when the Church managed to convert the Roman Emperor, and became the State Religion of the Roman Empire through the backdoor, a recurrence of time became a problem. In any cyclically recurring Universe, or quasi-Universe, the freely willed actions of individuals would be the rational determinants of how they would shape up in the next cycle. That would establish a direct relationship between God and Man, which would finish the role of Church.

This led to the Church denouncing the concept of cyclical Time. The Fifth Ecumenical conference of the Church in Constantinople in 553 AD pronounced a Curse on Cyclical Time. Surprising but true. Dr. CK Raju explains the rationale:

‘Inequity as the basis of “linear” time

However, after Constantine, this belief in the equity of all souls stood in the way of the political goals of the church, which now viewed the world from the imperial perspective of the Roman state: if all souls would anyway be saved what was the advantage to be gained by turning Christian? If God was within man, where was the need to fear God, and be obedient to the priest? Hence, theologians like Augustine proposed to erase equity and erect a transcendent God who would judge people and establish a simplistic moral division between good (Christians) and bad (non-Christians). In the revised picture proposed by state Christianity, all souls were NOT equal, so not all souls were eventually saved; instead God established a permanent inequity in the world, sending some souls (those of good Christians) to heaven (for ever), and other souls (non-Christians) to hell, as described in gory detail by Dante, for example. Reincarnation was accordingly changed to resurrection — life after death, just once. Because the earlier notion of soul depended upon a view of life after death deriving from the belief in quasi-cyclic time, time beliefs were also compelled to change with this changed notion of the soul and of life after death. Time beliefs changed from quasi-cyclic time to “linear” apocalyptic time: the world, as conceived by Augustine, began a few thousand years ago, and would soon come to an end. The notion of the soul became metaphysical.

Thus, the question of “linear” versus “cyclic” time is an issue.’

This very concept of ‘Linear Time’ found its way into Islam, even though there was a significant section among the early Muslims, known as Mutazalites, who believed in ‘cyclical time’ and rational thinking. It was the Sufi Al-Ghazali who teamed up with the conservatives and completely demolished the rational spirituality in Islam around the 11th century. Even though Al-Ghazali propounded a concept of metaphysically broken Time, renewing itself every instant, but essentially killing off the spiritual strand of Islam that was close to Hindu thinking in Time beliefs. People like Mansoor Hallaj were persecuted and killed for believing in concepts close to the Sanatana Advaita (Ana-‘l-haq or I am the Truth is considered a variation of Aham Brahmasmi).

It is because of this notion of quasi-cyclical Time that the Indian notion of Karma-Saṃskāra inheres as an exercise of autonomy in temporal affairs of mankind. It is because of this that Hinduism carries unique sense of gratitude to the environment around them (the concept of Ṛna or debt) and treats life as a celebration. This is in contrast to Christianity that treats Life as a sin, and Islam that treats Life as a test for a good time in an eternal afterlife. The unique culture of treating the entire nature and living beings as manifestation of the Supreme comes from this belief in cyclical Time. Beliefs in Creationism and Linear Time are a direct negation of gratitude towards anyone else except the One creator, such as Yahveh, God, or Allah. In essence, culture and values are a byproduct of not just the geography, but also of Time belief.

The concept of Linear Time had its greatest validation in Newton’s theories, but General Relativity and the concept of spacetime has dealt it a body blow. The problem of time is sought to be resolved through integration of the Relative (very large) and Quantum (very small) phenomena through a Unified Field theory such as Quantum Gravity. This has not yet succeeded but the Linear Time is under serious questions. This is a challenge to the religions that cast their lot with Linear Time. Do not, however, underestimate the flexibility and manoeuvrability of the Church, which recognised Galileo in 1992 (imagine), and supported Stephen Hawking’s model of singularity that mimics God.

Hinduism, on the other hand, has had no such problems at the doctrinal level. Problems of Hinduism lie more on its behavioural side with sectarian schisms, and exploitation of fault lines by its adversaries.

According to Dr. CK Raju, “Hinduism is scientific, because (a) its core notions of ātman and moksha depend upon the concept of quasi-cyclic time (b) which can be experimentally TESTED “here and now” by using the connection to a local “tilt in the arrow of time”, and testing for a tilt in the arrow of time, as explained in my books. The mark of a scientific theory is that it can be tested or refuted according to Karl Popper.”

It is for this reason that I have attempted this short series.

This series originally appeared on Medium and has now been reproduced here with permission.