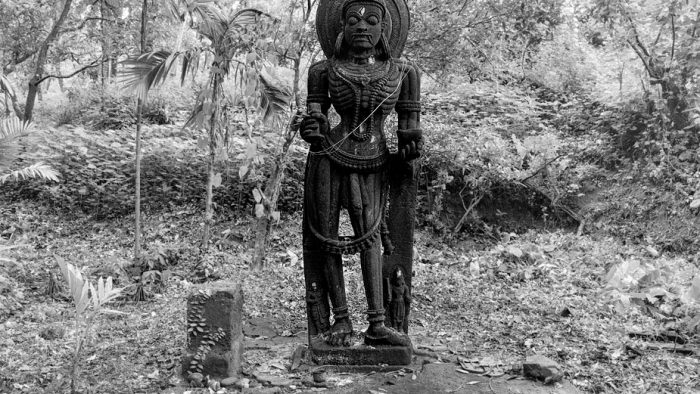 (This is the fifth article of the series titled ‘Unknown Tales from the Puranas’. There are myriad stories from puranas and upapuranas that are hardly known to most of us. The series will cover such lesser known tales, as well as unknown versions of the popular tales from pauranika sources. Read the earlier story here. The present story narrates the myths of Vetāla as found in Shivapurana and Kalikapurana.)

Today, on the fourth day of bright fortnight of the Māgha month, the states of Maharashtra and Goa celebrate Tilakunda or Varada Caturthī, the birthday of Gaṇapati. As the ultimate remover of the evil and bestower of good, Gaṇapati is loved and worshipped by all. Let us get to know the lesser known brother/s of the birthday boy, Vetāla and Bhairava .

Vetāla is one of the most famous and popular divine/ semi-divine beings. Almost everyone recognizes him due to the Vetāla-pancaviṁśatī/ Vikrama-Vetāla stories. In Maharashtra, especially in the coastal Konkan region, Vetāla is more popular as the folk deity Vetobā. His nature, appearance, and roles highlight that he is a kshetrapāla or a protector deity.

In purāṇas, he is treated as a Śivagaṇa. They associate him with Bhairava, another Śivagaṇa, who is often glorified as the complete incarnation of Śiva. Bhairava is also worshipped as Bhairobā or Bhairī in Konkan. 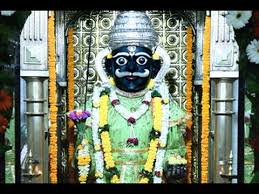 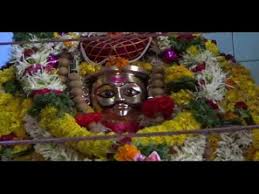 Śivapurāṇa (III.21) and Kālikāpurāṇa (Chap.47 onwards) narrate interesting stories of association of Bhairava and Vetāla. As per Śivapurāṇa, once Śiva and Pārvatī were enjoying amorous sports and had appointed Bhairava as the doorman to ensure privacy.

When Pārvatī came out of the room in a dishevelled state, Bhairava happened to look at her ‘like a woman’. He obstructed her from going out, smitten with her charm. This infuriated her and she cursed him to be born as a human[1].

Kālikāpurāṇa extends this story further by adding multiple layers to it. Bhairava is said to be human form of Mahākāla, while Vetāla is the human form of Bhṛṅgī. [3]  Mahākāla and Bhṛṅgī, the sons of Hara, were born from two drops of his spilled semen. They were dark black in colour, hence named so. They were appointed as the gatemen by Śiva and Pārvatī, while the couple enjoyed in their bedroom.

When Pārvatī exited the room in a tousled state, they happened to see her. She cursed them for having seen her in a state only fit for her husband to see. She cursed them to be born as humans with monkey faces[4].

Instead of calmly accepting the unjust curse, they hurled a counter-curse; as they were actually innocent, and were diligently doing their assigned duty. It was her fault to walk out of the bedroom in an inappropriate state. She was also to be born as a human, and Hara as her husband. The duo, Mahākāla and Bhṛṅgī was then to be born to them.

Accordingly Pārvatī was born to King Kakutstha and his wife Queen Manonmathinī as Princess Tārāvatī. She was married to Prince Candraśekhara, son of King Pauṣya. Candraśekhara was actually Śiva himself, born to the issueless King through a boon.

Once, when Queen Tārāvatī was bathing in a river, a certain Sage Kapota was enchanted by her beauty, and sought coitus with her. The Queen, afraid of losing her virtue, sent her sister Citrāṅgadā in her stead. This continued for a while. Upon realizing the fraud, the sage cursed her.

As per the curse, a hideous looking, ill-dressed, penniless, and skull-bearing man would forcibly mate with her, resulting in the birth of two monkey-faced sons.

She was furious with such a curse, and vowed that if she was the daughter of Kakutstha, born with the blessings of goddess Caṇḍikā, and was devoted to her husband Candraśekhara, no one apart from her own husband would be able to mate with her.

After she told her husband about the entire episode, he built a secluded tower for her to stay. Once, Śiva and Pārvatī were passing by the tower by air, and spotted her. Realizing this as a befitting opportunity to fulfil all the curses, Śiva instructed Pārvatī to enter the body of Tārāvatī, while he assumed the form of a man, just as was described by the curse of Sage Kapota[5]. Through their union were born two monkey-faced sons.

Later Sage Nārada informed the King about the birth of two princes, and explained their real nature. King then realized his Śivatva and the queen’s Pārvatītva. The kids were named Bhairava and Vetāla.

King later had three more sons with her. He bestowed the kingdom, all the riches, and his love on them; and was rather fearful of Bhairava and Vetāla. They became celibates and wandered about in the forest. In a chance meeting, Sage Kapota explained to them that they actually were the sons of Śiva and Pārvatī.

He sent them to Kāmarūpa to meet their parents. They propitiated Śiva who explained the method of veneration of various forms of Pārvatī. They worshipped her accordingly, and were blessed with permanent servitude to the divine couple, immortality, and divinity. Śiva conferred upon them gaṇeśatva.

The text also goes on to explain their progeny. They were celibates and never married. However, they decided to have sons after a counsel with Sage Nārada, who explained to them the need to have a male offspring[6]. Bhairava was attracted to the divine nymph Urvaśī and produced a son named Suveśa. Vetāla fathered a son named Śṛṅga with Kāmadhenu. These lineages continued to flourish.

It is a fascinating tale full of fantasy, though it also hints at the rules of chastity at that time. Pārvatī cursing presumably her own children for seeing her in an inappropriate state, king building a tower for the secluded stay of the queen, role of Śiva and Pārvatī in the birth of the twins, etc. are some of the instances that throw light on the ideas about purity of women in the then society. The significance of a son and continuity of lineage is highlighted through the words of Nārada.

Looking at the journey of Bhairava and Vetāla, their spiritual upliftment, as well as divine elevation is worth noting. Theologically speaking, the story also emphasizes greatness of the Goddess.

In these myths, the demarcation lines between Śiva and Bhairava-Vetāla are very clear. Though he is referred to as the complete incarnation of Śiva, had Bhairava been no one else but Śiva, there was no need for Pārvatī to react the way she did, especially in the narrative from Śivapurāṇa.

The relationship between Śiva and Bhairava-Vetāla is multifold; of deity- incarnation, master- attendant, and father- son, to name a few. This serves to prove that they were originally separate deities, later appropriated into Śaiva pantheon, using the ideas of incarnation, and curses and counter-curses. Their popularity as protector folk deities also tells us why!