The Indo-Aryan languages of North India are the most complex decimal system of all, where there is such complete fusion and inflection between the tens and unit numbers that it becomes necessary to learn individually the exact form of every number from 1-100.
This is the third part of an exciting new series by Shrikant Talageri on India’s unique place in the world of numbers and numerals and its implications for the Out-of-India Theory of Indo-European Origins. In this part, he discusses number systems with different bases and delves into Indo-Aryan numbers.

One aspect of Indian numbers which is not generally recognized is that the numbers in the Indo-Aryan languages of North India have one feature (though not exactly a positive feature) which makes them unique among all the languages of the world: they are probably the only languages in the world where anyone learning the language (any North Indian Indo-Aryan language) necessarily finds that he has to individually learn or memorize every single number from one to hundred.

To understand this fully, one must first understand the methods by which the different world languages form their numbers 1-100. We will examine the subject under the following heads:

The sexagesimal system (with a base of 60, although with a subset of 10) is very rare, and we will look at it before moving on to the two main systems. I can personally think of only one language today with such a system (probably also found in some related neighboring languages), though the ancient Mesopotamians (Sumerians/Akkadians/Assyrians, etc., who were the only ones to use a sexagesimal numeral system) may have had sexagesimals in the spoken number system as well. This rare language is the Masai language, belonging to the NiloSaharan/Sudanic language family, and spoken in southern Kenya and northern Tanzania in east Africa. The numbers are as follows:

Unlikely though it seems, there is even a language with a quindecimal system, i.e. with a base of 15 (and it does not even have a subset of 10)! This is the Huli language of Papua New Guinea, belonging to the Papuan language family. The possible origin of such a system (as also the above sexagesimal system) is hard to pinpoint: perhaps it is based on the number of days in a lunar fortnight.

The numbers are as follows:

The Huli numbers are complicated because of two things:

However, the first complication is part of this rare system, and the second one can be eliminated as shown above, and (even if it isn’t eliminated, still) we get a very regular quindecimal system.

Vigesimal number systems are those which are based on 20, although they usually have a subset of 10. To learn the numbers, one necessarily has to memorize the numbers 1-19, the vigesmals/tens numbers from 20-100, and the regular procedure for forming the other in-between numbers.

The two characteristics of these languages are:

In a few languages, the numbers 1-19 are based on an internal subset not of ten but of five. The most perfect example of this is the Turi language from the Austric (Austro-Asiatic) family, spoken in the adjoining parts of Jharkhand-W. Bengal-Orissa in India, which shows this subset of five very clearly, with the words for 5, 10 and 15 literally meaning “one hand”, “two hands” and “three hands” respectively. Another example is the Nahuatl/Aztec language of Mexico:

[Khmer (Cambodian), which also belongs to the Austric family, also originally had this subset of five, but the language now uses numbers borrowed from the unrelated Thai language for numbers beyond 10. The Khmer numbers 1-10 are:

Other numbers: vigesimal numbers followed by (the word) on and the numbers 1-19. Thus:

[on-ce can be shortened to oce].

The majority of vigesimal systems, however, have a sub-set of 10. These number systems are found in every continent (except perhaps Australia). Some examples from the Caucasian, Basque, Burushaski, Ainu, Niger-Congo, Austric/Austro-Asiatic, Sino-Tibetan and the Ameridian-superfamily language-families:

Other numbers: vigesimal + 1-19 (but before the words tōrůmo and tůrma preceded by the word ga). Thus:

The numbers from 21-99 are regularly formed by the numbers 1-19 + ar + vigesimal (here the units come first. Note, in Old English also, the units came first, as in the nursery rhyme “four-and-twenty blackbirds“). Thus:

Other numbers: the numbers 1-19 + is + vigesimal (here also the units come first). Thus:

French (IndoEuropean-Italic) [but only partially]:

It is very likely that this sub-system of 20, found in the Indo-European family only in French and in the Celtic languages may be due to the influence of Basque.

[Some additional, but not necessary, euphonic variations in speech are:

[Note: This is important since the Mayans were the only people to invent a vigesimal numeral system. Hence also, perhaps, the system of forming the other numbers (21-99) is slightly less regular or more complicated (but still explicable by certain rules]

Typical examples of these numbers are found in the major languages of the Sino-Tibetan family [The sign after each word shows the tone: low, rising, falling, etc.]:

[Note: the initial letter in lnga is small L, not capital i]

Some languages of the Austric family:

[Alternately, the other numbers can be formed without inserting the word khān]

Some languages of the Austronesian family:

Some languages from African families:

[the four letters c, v, q, and x represent four different types of clicking sounds. Clicking sounds as part of the language are unique in the whole world to the Khoisan languages, though some non-Khoisan neighboring languages like Zulu have also borrowed this feature from them]

Other numbers: tens+unit+yuq/niyuq [-yuq after vowel, –niyuq after consonant. final y in 2 is consonant]. Thus:

These are the decimal systems where, to learn the numbers, one necessarily has to memorize the numbers 1-10, and the tens numbers 20-100, and the regular procedure for forming the other in-between numbers.

Typical examples of these numbers are found in the major languages of the Uralo-Altaic family:

Also, sometimes in some other languages in Asia and Africa:

[The only special form is the first tens number in combining with units: ašr becomes ašrā].

(The word for 100 is borrowed from Arabic)

Languages of this category are found in the Amerindian superfamily of America as well. One example:

Many languages form the numbers differently for 11-19 than for the other later numbers 21-29, 31-39, etc., but by a regular procedure rather than with different words. Thus we have the following languages from the Uralo-Altaic family:

Some languages of the Austronesian family:

Then we have the languages where the numbers 11-19 are formed with distinct words or by a process of fusion and inflection, but the later in-between numbers (21-29, 31-39, etc.) are formed in a very regular way.

Some languages of Africa:

Some languages from the Amerindian language super-family of America:

Some of the Semitic languages (which also have dual forms in 1-19 because of grammatical gender):

But the Dravidian family of languages of India as a whole falls in this category, with clear fusion or inflection in 11-19.

Other numbers: tens+unit [The final –du and –ṛu of the tens become –tt and –ṭṛ before vowels and –ttu and –ṭṛu before consonants]. Thus:

[In Dravidian languages, initial e, ē, o, ō are pronounced ye, yē, wo, wō. In Tamil, a final u is pronounce ï]

Other numbers: tens+unit. [The final –ttu of the tens become –tt before vowels].

And so do the languages from all the other branches of Indo-European languages outside India:

Other numbers: tens+kaì+unit or unit+kaì+tens. Either form can be used. Thus:

[Note: Greek vowels have a tonal accent, which is marked. A special form for neuter 4: téssara]

Other numbers: unit+und+tens (as one word, but eins becomes ein). Thus:

Finally, we come to the most complex decimal system of all, where there is such complete fusion and inflection between the tens and unit numbers that it becomes necessary to learn individually the exact form of every number from 1-100, above the usual necessity of learning the unit words 1-9 and tens words 10-100.

But these words are fused together in such a way that it becomes necessary to individually learn every number from 1-100. [In addition, the words 19, 29, 39, etc. are formed on the principle “one less than the following tens” (usually except 89 and 99)].

The only languages in the world which have a number system of this kind are the Indo-Aryan languages of North India. We will take the example of just three of these languages: Hindi, Marathi and Gujarati. Compare the difference in the forms in both the languages:

The same irregularity or inflectional complexity can be seen in the formation of the numbers between 21 and 99 in all the Indo-Aryan languages of North India (right up to Kashmiri in the extreme north, and going so far westwards as to influence the Pashto language in the northwest which, although it belongs to the Iranian branch, has also been influenced by the Indo-Aryan cerebral sounds), but is found nowhere else outside the sphere of North India . Note that the irregularity of the fusion of the forms in one Indo-Aryan language do not correspond to those in another Indo-Aryan language. Thus, ek (1) has one form (ek-) in Marathi in 21, 31 and 61, but Hindi has three different forms ikk- (in 21), ikat- (in 31) and ik- (in 61), and Gujarati has two forms ek– (in 21, 61) and eka– (in 31). Or pāñc (5) has one form (paĩ–) in Hindi in 35, 45 and 65, and Gujarati has two forms pāã– (in 35, 65) and pis– (in 45), but Marathi pāç (5) has three different forms pas- (in 35), pañce- (in 45) and pā- (in 65).

We have shown the numbers 21-99 in these three Indo-Aryan languages in classified table form, but obviously it is simpler to learn each individual number by rote than with the help of these classification tables.

This is in sharp contrast with all the other languages in the world other than the Indo-Aryan languages of North India. In all the other languages, it is necessary to learn by heart at the most the numbers from 1-10, or from 1-19, and the tens forms (20, 30, 40, 50, 60, 70, 80, 90). All the numbers between 21 and 99 are formed from these numbers by some sort of regular process which does not require all these individual numbers to be learnt by heart. This is the case with all other languages, including all the other non-Indo-European Indian languages (Dravidian, Austric, Sino-Tibetan, Burushaski. The Andamanese languages, as already pointed out, do not have numbers beyond 3 or 5) as well as all the non-Indian Indo-European languages (spoken outside India), including even the Indo-Aryan Sinhalese language spoken to the south of India.

This feature of the Indo-Aryan numbers has very definite practical disadvantages:

The unordered nature of the Indo-Aryan numbers 21-99, compounded with the irregular and inflected forms, adds to the difficulty of the numbers. On a personal note, I myself regularly fumble for the right words (although I know them well) when suddenly called upon to say, for example, 67, when I automatically say sain–saṭh (or even chiya-…) instead of saḍ–saṭh, and then pause and correct myself. 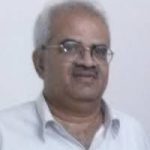 Shrikant Talageri, born in 1958, was educated in Bombay where he lives and works. He has devoted several years, and much to study, to theRead more