Gratitude as Exemplified by Shree Raama 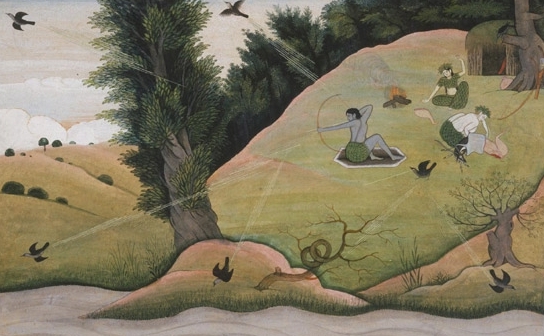 In today’s world, be it a joint or a nuclear family, it is only gratitude towards one’s parents, siblings, friends, community, society, and nation, that will sustain us for generations to come.

We might not think so, but gratefulness is a quality that should never be overlooked if we would like to raise ourselves in the world. This is what distinguishes us from other humans, and raises the bar of civilized behavior.

Why is this quality so important? Gratitude which is expressed keeps the wheel of dharma in balance, and moving towards moksha, hence we must all strive to inculcate this highly prized guṇa. Puranas and Kaavyas exemplify such traits via our devi devatas, so that we may learn to live like them by emulating their behavior. Our avatāras set the standard so to speak, and the Ramayana is a great resource with Shree Raama as the role model who lives by this ideal.

This gratitude is well expressed in the Samskrutam word ‘kṛtajña’ – which is being grateful or having gratitude. While being ungrateful is denoted by a similar-sounding word ‘kṛtaghna’ – which is being ungrateful, or being an ingrate. So one has to be supremely careful in using these words! Just as we must be very careful in not forgetting a good deed done to us, or else we can just as easily turn from kṛtajñatā to kṛtaghnatā!

There is a subhāṣitam in Samskrutam which goes like this:

This seems to be an age-old translation of a Tamizh verse from Thirukurral, which is a set of 1330 couplets from the 5th-4th cent.C.E., that talks about the code of ethics or morals given to us by Thiruvalluvar. There it is stated that there are two things a human being ought to do:

So this Samskrutam verse too speaks to us of the same essence by telling us that we must try and forget all the harm that was done to us by others while keeping in mind all the good that was bestowed upon us. This is a sign of gratefulness or gratitude.

We are now at that juncture in history where we are celebrating the Bhumi Pujan of Shree Raama’s temple in Ayodhya. So why is gratitude coming into the picture here? The way Valmiki has compiled the Ramayana gives us a clue, it begins with these verses:

To certain doubts that Valmiki has in his mind, it is Narada who patiently and passionately answers these queries. One of the queries is; ‘Hey Narada Maharshi who in the present world possesses all these sixteen qualities?” and Valimiki then goes on to list these specific attributes as:

Something which is very interesting to us is that one of the very first qualities that Valmiki wanted in this person of perfection whom he envisioned, is for him to be a personification of gratitude. To possess gratefulness. That this person should never ever be ungrateful, this is what Valmiki wanted his role model to personify, to imbibe.

To this question, Narada replies that it is indeed Shree Raama of Ayodhya who has all these sixteen auspicious attributes, and specifically mentions that indeed he possesses this great quality of gratefulness or gratitude called ‘kṛtajñatā’.

Now, let us look into some incidents from Raama’s life, and see if in fact he was grateful or not! He promises his father that he would leave Ayodhya and the kingdom, that he would go into the forest for fourteen years, to be in exile, all to honor the boons bestowed by his father Dasharatha, to his third wife Kaikeyi. Is this a sign of gratitude?

In fact, it is, but it may be seen as ‘pitru vākya paripālanam’, where Raama is strictly adhering to his father’s words, and so may not be a specimen of gratitude for many people.

Raama also promises to vanquish Vali if, in turn, Sugreeva helps him in rescuing Sita with his monkey-army, thus in the battle that ensues between Sugreeva and Vali, Vali is killed by Raama, is this a sign of gratitude? It may be best seen as an MoU, a memorandum of understanding between two people in exile namely Sugreeva and Raama. Although it is yet another example of gratitude expressed by Shree Raama towards a friend even before he has benefitted from the friendship!

Then which exact incident is an example of Raama’s gratefulness? Valmiki in fact very intelligently intersperses the quality of gratitude into one of the noted incidents of Ramayanam. This incident is in fact narrated to Hanuman by Sita when he is there on a rescue mission to free her from Lanka. Sita narrates the story of how the son of Indra in the form of a crow, wanting to taste tender human flesh, had pierced her bosom causing blood to be spilled from the rupture.

Seeing that his wife was hurt, Raama wanted to teach the crow a lesson, plucking a blade of grass he utters the brahmāstra mantra converting it into a missile. This process in Dhanur Veda is called aiṣīka, and it follows the crow on land and water, wherever it flees to, escaping the wrath of Shree Raama.

Realizing that no one else can provide it asylum the crow finally seeks shelter at Raama’s feet. Raama forgives the crow at the insistence of Sita, who does not want it to be killed. Although, as an administrator and as a dharma paripālaka, he wanted to teach the crow a lesson for his crime, in strict adherence to the criminal law. So he takes away one of its eyes and does not kill it.

At this point in the Ramayanam, Valmiki states:

Though the crow through its heinous act was worthy of being killed, yet Raama chose not to kill the crow out of mercy, but instead of saying ‘Raama forgave the crow’, or using other aliases to his names such as Raghava, Ramchandra, or Dāsharadhi, Valmiki says, ‘Kākutstha’ forgave the crow! Kākutstha is yet another name for Raama.

This is not the original name of Raama but a derived name. In the lineage of Ikshvaku kula or Suryavamsha of Ayodhya, there was a king called Ikshavaku who had a son Vikukshi, whose son was Puranjaya. Puranjaya ruled Ayodhya as a valiant warrior. At one point in time when the asuras attacked Amaravati the capital of Indra’s svarga, Indra sought Ayodhya’s help.

So Puranjaya went to Amaravati and fought the asuras on behalf of Indra. During this battle, Puranjaya lost his chariot, and as a Kshatriya, he was now weakened, as he had nowhere to place his weapons, and also to reach the height of his opponent he needed to have a raised platform of the chariot, without his chariot he was at a loss.

Suddenly he felt himself being raised from the ground up, and when he looked down he found a bull raising him up, as though a platform. This was none other than Indra in the form of a bull. Indra wanted to help Puranjaya, who in turn had come to help Indra. Now to aim better Puranjaya stood on the hump of the ‘bull’. He thus won the battle against the asuras, and to mark this victory he was showered with many gifts by Indra.

Why is Valmiki using this name for Raama for killing a crow? Because Raama who wanted to punish the crow for its terrible act was also grateful to the crow’s father Indra, who had helped Raama’s ancestor Puranjaya in the battle against the asuras. It was by standing on Indra’s hump that Puranjaya had won the battle, and thereby earned the name Kakutstha. If he had killed the crow who was the son of Indra, Raama would be deemed ungrateful to both his ancestor as well as to Indra!

This incident describing Raama’s attribute of gratefulness is beautifully coded by Valmiki in Sundara Kandam in Sita’s words. Thus gratitude is a quality that each of us must imbibe to guide us in our individual paths, and there is no better role model in our vaidika lore than Raama to embody this heavenly trait. 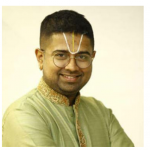 Dushyanth Sridhar is a renowned speaker on ancient scriptures of Hinduism. He conceptualizes dance productions, ferries people to heritage destinations, and manages a charitable organization.Read more