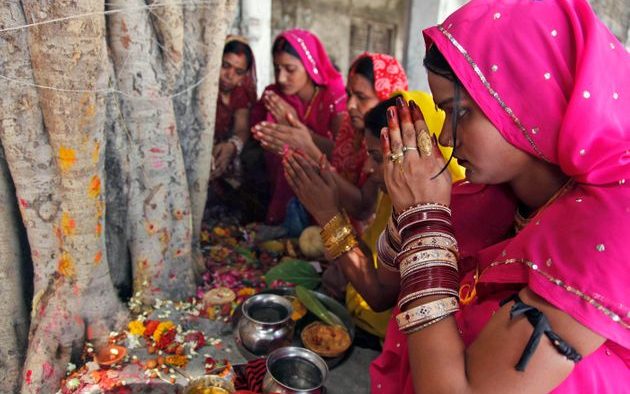 Dharma can be loosely translated as righteous conduct because it encompasses all aspects of human life from individual spiritual evolution to social behavior. However, Dharma takes different forms when used in context.

“For instance, the word Dharma is used to mean justice (Nyaya), what is right in a given circumstance, moral, religion, pious or righteous conduct, being helpful to living beings, giving charity or alms, natural qualities or characteristics or properties of living beings and things, duty, law and usage or custom having the force of law and also a valid Rajashasana (royal edict)” [1]

This being the case, it is daunting to capture the subtle import of Dharma independently. Before analyzing the application of Dharmic principles in myriad fields, we shall have a brief overview of the concept of Dharma (and its practical application).

The concept of Dharma is elaborately dealt-with in all Vedic literature and it was ingrained in every individual from all walks of life – from children to old – in ancient Indian society. The epics Mahabharata and Ramayana gives us an insight as to how the Dharmic values were exemplified by the exalted royal sages.

In a dialogue between Krishna and Yudhishtira, Krishna suggests to take recourse to Dharma as desires are inherent to humans and cannot be easily overcome. Krishna talks about desire allegorically (Kama Gita), where desire (personified) speaks in first person

No creature is able to destroy me (desire) without resorting to the proper methods. If a man, knowing my power, strives to destroy me by muttering prayers etc., I prevail over him by deluding him with the belief that I am the subjective ego within him.

And if the man whose strength lies in truth, desire to overcome me by patience, I appear to him as his mind, and thus he does not perceive my existence, and if the man of austere religious practices, desire to destroy me by means of asceticism, I appear in the guise of asceticism in his mind, and thus he is prevented from knowing me, and the man of learning, who with the object of attaining salvation desires to destroy me, I frolic and laugh in the face of such a man intent on salvation. I am the everlasting one without a compeer, whom no creature can kill or destroy.

For this reason you too, O prince, divert your desires (Kama) to Virtue (Dharma), so that, by this means, you may attain what is well for you.[2]

We can infer from the above that Dharma is an efficient tool to regulate unrestrained greed and that, the end result of adopting the path of Dharma leads to both fulfillment and contentment.

The same sentiment is expressed in the epic Valmiki Ramayana. After killing Ravana in a battle and fascinated by the wealth of Lanka, Lakshmana suggests to Rama that they could appropriate Ravana’s wealth and live on the island of Lanka. To this, Rama says –

English Translation – “The friends, the riches, and the grains are highly honored in this world. Mother and mother-land are far superior to even the heaven.” [3]

All cultures across the world embrace the idea of heaven that is free from suffering and ideal for happy and continued existence. Rama reminds Lakshmana that being in proximity and service of parents, and adhering to one’s own native land is greater than the heavens, meaning- the inner happiness of being connected to the family and community and the satisfaction derived from taking care of our surrounding with a sense of duty, is more liberating than living a life of luxury but with guilt (of cutting off from community and having abandoned the duty towards motherland).

“For achieving welfare and happiness some declare Dharma and Artha are good. Others declare that Artha and Kama are better. Still, others declare that Dharma is the best. There are also persons who declare Artha alone secures happiness.

But the correct view is that the aggregate of Dharma, Artha, and Kama (Trivarga) secure welfare and happiness.

However, the desire (Kama) and material wealth (Artha) must be rejected if it is contrary to Dharma.”

Rama’s conduct was in perfect alignment with the principle of Dharma and it can be inferred that Rama was fully conversant of the subtleties of virtue. It is no surprise that Rama is eulogized as ‘Ramo Vigrahavan Dharma’ which means ‘Rama is the personification of Dharma’.

This small instance from Ramayana demonstrates the humane attitude of the people of this land. Rama Rajya was thus taken as a connotation of an ideal state, which percolated into political discourse during the time of India’s independence struggle. However, even after decades of freedom, Rama Rajya remains a distant dream.

We need to ask the question as to what forms the basis for such a holistic approach by Rama, which distinguishes his worldview from that of Lakshmana’s. Lakshmana had a narrow vision when compared to Rama as he only sought pleasure and profit whereas

Rama too sought both pleasure and profit but was cautious not to transgress the moral code of conduct. For Rama, staying connected with the community and native habitat took precedence overindulgence in surplus. The reason why ethics are so important is becoming apparent now more than ever, after the global corporations finished robbing the world, owing to their complete abandonment of all ethics. At least now, in the wake of the scarcity of essential resources like potable water, we need to acknowledge the significance of inculcating ethical code of conduct right from primary education to the justice system.

“’O king,’ he said, ‘sinful acts do not, like the Earth, bear fruit immediately! But gradually and secretly do they extirpate their doers. Such fruit visits either in one’s own self, one’s son, or one’s grandson. Sins must bear their fruit. Like rich food they can never be digested.”[4]

When we talk about the shift from a mechanistic worldview of treating the planet as a machine which serves the interests of man to a systemic view of the world as a network where all beings are connected together as an integrated whole, we have to remind ourselves that, Dharma is the thread which weaves every aspect of human life together. This is also why Dharma or morality is not dispensable and neither is it subjective, but an objective reality. Just like the unseen phenomenon in the universe which is not ordinarily perceived but becomes apparent indirectly, our ethical behavior does indeed manifest accordingly in due time.

The law of causality- Karma – is central to all the actions undertaken by those familiar with Indian civilizational values. And because of their persistent and cautious preservation of such values, the Indian civilization was the most sophisticated and prevailed over time. When such dharmic values are forgotten, civilization quickly disintegrates and so do the various communities, species of animals and birds, lakes, rivers, and even the air we breathe. 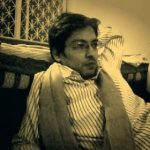 Amith Vikram is a former IT consultant and research associate. He has deep interest in the Mahabharata.