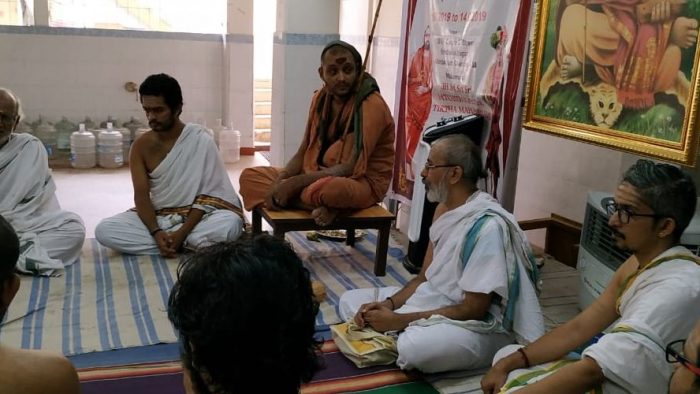 One of such programs is a Vidwat Sadas. Sadas is a formal assembly of scholars. This year, the Vidwat Sadas is convened and headed by Mahamopadhayaya Dr Krishnamurthy Shastrigal.

This year’s Chaturmasya Vidwat Sadas was jointly presented by Indic Academy. Indic Academy has commissioned a grant to honour the scholars, besides looking after their travel conveyance. 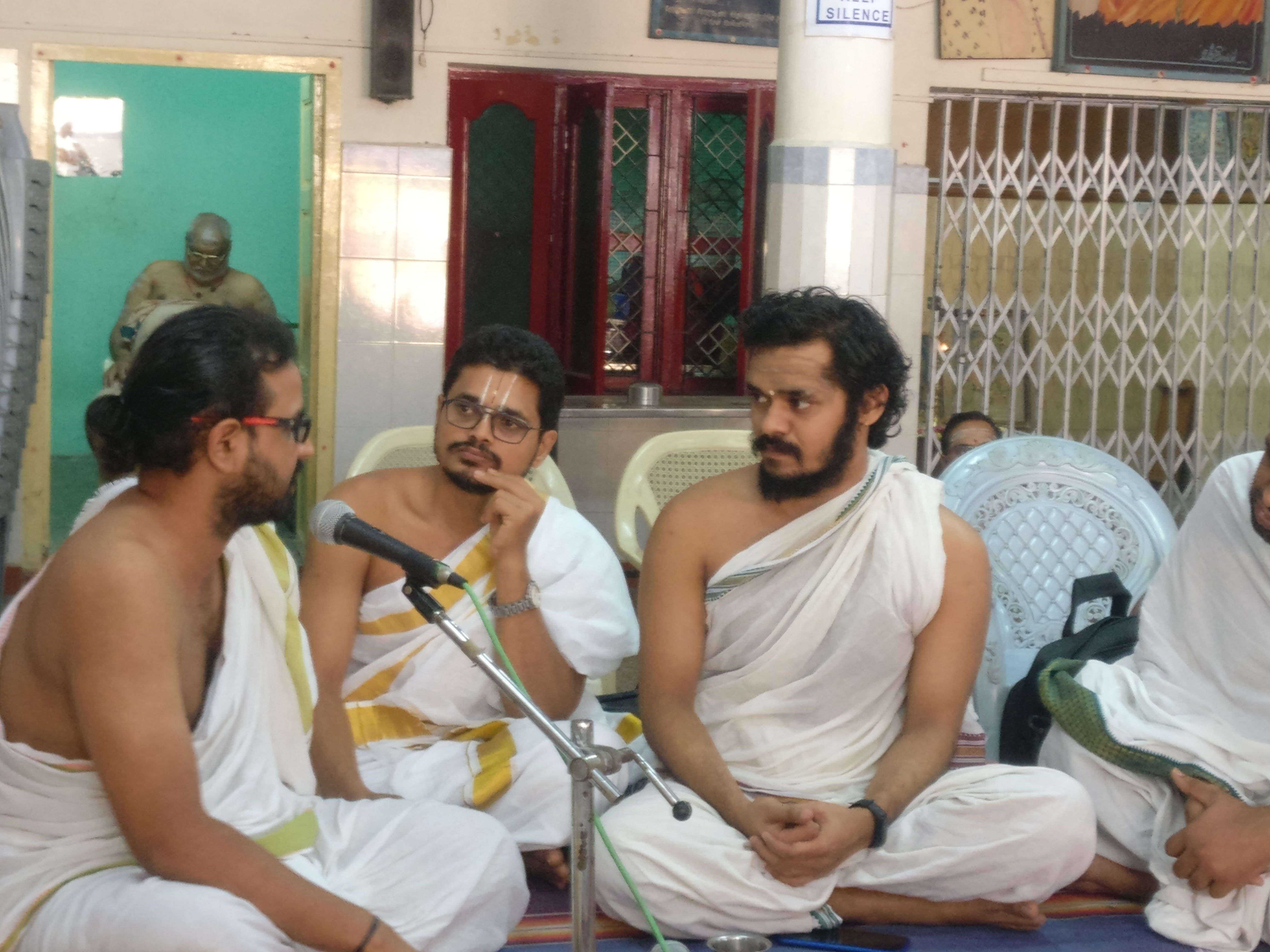 The format of the program is based on specific propositions related to an aspect of the topic under discussion are made by proposing scholars. Arguments for the proposition and counter against all the possible objections to the arguments are also presented. A rigorously methodological and critical questioning of the validity of the same as per that Shastra is done by the remaining members. The Sadas is divided into two sessions – one in the morning and the other in the afternoon. Each participating scholar is allowed to present at least one proposition during the Sadas.

The Sadas was conducted in the Vakyartha – वाक्यार्थ – format. This effectively means that a वाक्य or a phrase would be taken up and the entire discussion would be conducted with that particular phrase as the theme.

This appears in the Taittriya Upanishad of the Krishna Yajur Veda in the second Valli – Brahmaanandavalli.

This entire Valli details with the nature of आनन्द – a Sanskrit term loosely translated as joy in association with ब्रह्म – the Ultimate Reality. 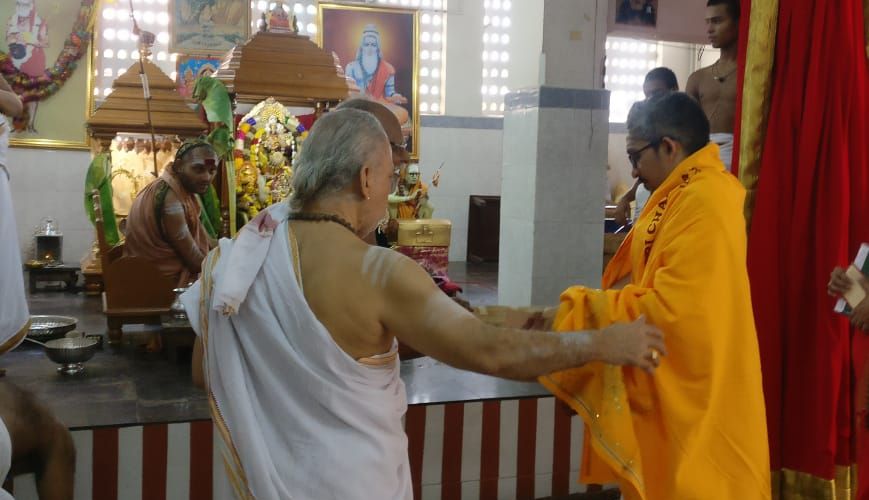 Each of these single words is taken up and the starting point is a relevant सूत्र – phrase – from the बादरायण ब्रह्म सूत्र – which is a highly concise and codified commentary on the essential teaching of the Vedic corpus.

The scholar takes up that Sutra and the corresponding section of the शाङ्कर भाष्यं – Adi Shankaracharya’s commentary on the बादरायण ब्रह्म सूत्र- and works through the passage to make a proposition on the actual import of the phrase.

To do this, the scholar utilizes various techniques – logical forms from Nyaya to illustrate and analyse, formal theories of proof expounded upon in the Purva Mimamsa Darshana, the Vedangas – Vyakarana (grammar) and Nirukta (etymology) to get to the actual meaning of each word used.

The scholar may make a proposition of his own – Siddhanta – or he may refute/deviate from an earlier proposition. In the second case, the scholar is required to first state the original scholar’s proposition unambiguously – Purva Paksha – and then describes his own position.

This involves rigorously formal argumentation. Once a scholar makes his case, he will be cross-questioned by the other participants. There are certain rules for how a scholar is to be challenged in an assembly. For example – the questioner must not impute motives to the scholar or engage in ad hominem about either the scholar or any of the sources he quotes.

It is a fascinating insight into the way classical intellectual debates were conducted in ancient Bharata. In today’s day of instant Google fact checks, the prodigious mental feat of committing vast sections of an intensely abstract text like the Brahma Sutra Bhashyams and subjecting the base text to analysis through equally abstruse tools of Vedanga and Darshana, (committed/related to memory), a prodigious fete in itself.

If one were to undergo a course on the शाङ्कर भाष्यं – with a 2-hour session per day, it would take approximately a full two-and-a-half years to complete the text.

One is also struck by how gently but firmly the senior Acharyas guide junior scholars and help them hone arguments, construct arguments, teach them the right method to intervene and the correct manner in which to challenge a proposition.