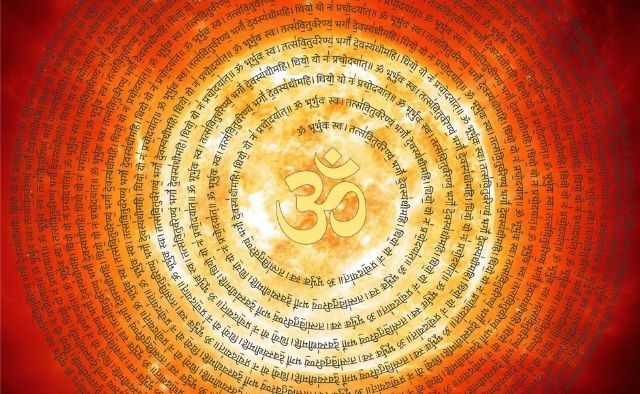 In this series, Yogic terminologies of will be taken up and their

śabda-yoga is intended to help students, teachers, and professionals of Yoga to develop a sound grammatical,  contextual, and thereby an authentic and immersive understanding of Yoga terminologies.

The words that appear in the yogasūtras will be sequentially dealt initially and then terms from other prominent Yoga texts will be taken up. Every śabda-yoga article will analyse five terms. The first five terms for this article are –

As can be seen from the above the first four terms – samādhi, sādhana, vibhūti, kaivalya are the names of the four chapters of Yoga-sūtra and the term sūtra is format of the text composed by Sage Patañjali. Though various other terms like pāda (as in samādhi- pāda), patañjali etc) could have been taken up for the first write up in the series, these five terms were chosen because of their primary importance. Other related terms will be taken up in due course.

Speechlessness (nīvāka) is worth noting. In the state of Samādhi. No words exist, even mentally. Only the object remains. This is a very useful and relevant description of the term under consideration.

The meaning of the term Yoga is Samādhi. Yoga in turn is cittavṛttinirodha (1.2). Hence in the text Yogasūtras  cittavṛttinirodha, Yoga and Samādhi are synonymous. This is commonly applicable definition of Samādhi in all its divisions.

Though there is no direct verse that clearly defines Samādhi in this text, we find the term mentioned in two places and the commentary of Bhagavad-Rāmānujācārya is quoted to clarify the meaning of the term Samādhi in those two contexts.

In three consecutive verses the term Samādhi is defined in the text.

As salt in water unites and dissolves into it, a likewise merging of the mind and self (atman) is Samādhi.

When prāṇa is without any movement (in Kumbhaka) and the mind is absorbed in the self, that state of harmony is called Samādhi.

That state of equilibrium which is the union of Jīvātman  and the Paramātman, in which there is the end of all desire-ideation(Saṅkalpa), that is called as Samādhi.

They are  – Killing, funeral, motion, substance, making someone give money, repayment, material/instrument and following.

We do not find the term Sādhana in any of the sutras. But the second chapter of the text is conventionally titled Sādhana-pāda – that contains tools or methods that lead to the goal of Yoga.

In Bhagavadgītā the usage of the term Sādhana is not found.

Though the term sādhana is used in the Haṭhayogapradīpikā (2.57, 3.51 and 3.76) no new inputs can be gleaned from these references. The term is used in the sense of instrument or method to achieve Haṭha’s goals.

As can be seen from the above

The prefix added to it is vi – indicating special

The suffix is ktin which is added in the sense of indicating the action (bhāva) (embedded in the root – to be) and feminine gender (striyāṃ ktin – aṣṭādhyāyī 3.3.94)

Thus the three components, in general indicate the meaning special presence/happening (of powers).

The words Vibhūti, bhūti, aiśvarya are synonyms. They are eight types of powers beginning from aṇimā (becoming infinitesimally small) etc

It is interesting to note that though the third Chapter of this text is known as Vibhūti Pāda which deals with various supra sensory powers and extraordinary knowledge – this word has not been used by Sage Patañjali. To indicate special powers Sage Patañjali used the word Siddhis.

There are five occurrences of the term vibhūti in this text and all those references are concentrated in the 10th chapter (Verses 7,16,18, 40,41)[3]. The chapter is also known as Vibhūti-yoga. The survey of the all occurrences of the term in this text indicates that here also the term Vibhūti means powers. While Vibhūti in Yogasūtra refers to the powers that a practitioner of Yoga attains, here the term points to the powers of the Lord.

The term Vibhūti occurs in one occasion in this text  98th verse of third chapter.. The verse is as follows –

The Moon fluid that flows due to the practice  (amarolī) should be mixed with sacred ash. It should be smeared on the limbs of the body. This results in great powers of sight.

As can be noted here the term Vibhūti in this text refers to sacred ash (Bhasma) and its use is connected to the practice of amarolī (this is a Haṭha practice that involves in dirking one’s own urine refer Verse 3.96,97 of the text).

The word kaivalya is formed by addition of the  (tadhita) suffix  ṣyañ to the word Kevala that means  the one who is alone.

The suffix ṣyañ is added to indicate Bhāva (action/state) (aṣṭādhyāyī 5.1.124).

The term Kaivalya occurs in five instances in this text. Each of them is unique as they contribute specific ideas. Hence the sutras are given with general translation.

By the absence of avidyā, the conjunction of draṣṭā (consciousness) dṛśya (matter) ceases and this is the state of Kaivalya (liberation)

Being dispassionate about (the powers of omnipotence and omnipresence) leads to the depletion of all errors (caused by affliction) and that leads to Kaivalya (liberation).

When the intellect and the consciousness are equal in purity, Kaivalya (liberation) is attained

Then (when even the desire/inquisitiveness to know about one’s own state cease – due to clarity about one’s own conscious nature) the mind is inclined towards discriminate discernment and it tilts heavily towards Kaivalya (liberation).

Kaivalya (liberation) is moving towards the latent state of the guṇas, which are devoid of any purpose of consciousness, or it is the consciousness established in its own nature.

Bhagavadgītā – The term Kaivalya does not occur in this text.

The word Kaivalya appears in one verse in this text. It is as follows –

Thus it can be seen that the term Kaivalya is a predominantly Yogasūtra terminology.

The root here is Sūtra. The meaning of the root is  veṣṭane vimocane granthane ca (to put in thread, to release, to cover with thread)[4]

To the above root – the suffix added is ac (erac – aṣṭādhyāyī 3.3.56). The meaning brought in by the suffix is karaṇa (instrumentality).

sūtra (is a neuter form) and tantu is a masculine form (indicate thread).

Though the reference from this lexicon does not add anything new, the Sudhā commentary[5] to the above verse of amarakośa quotes hemacandra lexicon where it is stated –

Sūtra refers to the text that is full of various indications, it also means thread and arrangement.

Yogasūtra – It is to be noted that though the text is in sūtra format, in the body of the text the word sūtra is not used.

Everything is stringed in me like precious stones in a thread.

By statements that indicate Brahman, which are logical and affirmative (the concepts of kṣetra-kṣetrajña are sung)

… a rueful, procrastinating doer is Tāmasic in nature.

In the third reference above the word  dīrghasūtrī (the one who procrastinates) contains the term sūtra. The derivation of dīrghasūtrī  is given as follows – दीर्घं सूत्रं कर्तव्यव्यापारोऽस्त्यस्य  dīrghaṃ sūtraṃ kartavyavyāpāro’styasya – the one who has a long thread – meaning – work to be accomplished[6]

The term sūtra is found in just one verse in this text. As can be seen below – It is used in the sense of thread and it is part of Yogic cleansing practice called Neti.

One should insert a soft thread of a length vitasti (12 finger length) through the nostril and draw it out through the mouth. This is called as Neti by the Siddhas.

[3]  As these verses do not bring out any new shades of meanings the verses are not given.