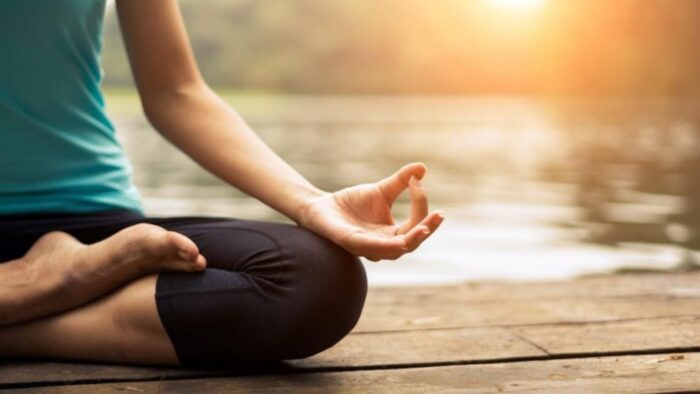 The word Aṅga is very popular these days due to the expression aṣṭāṅga in the field of Yoga. The word is used to indicate the eight limbs of Yoga. The eight limbs that include āsana s and prāṇāyāma are considered central to the practice of Yoga. It is to be noted that the word Aṅga is not used only in the context of Yoga. Terms like Vedāṅga, caturaṅga are also famous. But the article is addressed to the Yogic fraternity, and that is why aṣṭāṅga was mentioned initially.

On its own, generally, the word Aṅga refers to limbs especially, especially the limbs of the body.  We find mentioned in Yogic lore that through the practices of Āsana-s lightness of the Aṅgas (limbs) of the body is attained. The Haṭhayogapradīpikā states –

The practice of Āsana leads to steadiness, freedom from illness and lightness in Aṅgas (limbs )

As a practitioner of Yoga, a curiosity arose in my mind about oldest references of the term Aṅga. The oldest source of Indic knowledge is accepted as Ṛgveda-saṃhitā, which is placed beyond 1500 BCE.

As a Saṃskṛtist besides being a Yoga practitioner, I had access to the Ṛgveda-saṃhitā with the  commentary of Śrī Sāyaṇācārya (14th Century). Hence I set out on a time travel/excursion into Ṛgveda-saṃhitā to understand the usages of the term Aṅga in this very ancient source and also gain insights that might add value to my teaching and learning of Yoga.

Etymology and Lexicons on Aṅga

[2]The verbal root is Aṅga. The meaning of the root is gati – movement

The suffix added is ac to indicate the meaning kartā, the doer

Amarakośa, an important Saṃskṛta lexicon (placed anywhere between 4th to 7th century CE) presents the synonyms of Aṅga (in the sense of limb) as follows–

Amarakośa also indicates other meanings of the word when used as an indeclinable. The references in that connection are as follows –

pyāṭ, pāḍ, aṅga, he, hai, bhoḥ  are words uttered to just draw attention (of people before starting to communicating with them.)

aṅga is used to indicate again.

Aṅga is used to indicate worship and addressing.

In the auto commentary in the same work, a statement attributed to Śākaṭāyana is mentioned –

…according to Śākaṭāyana (aṅga is used to indicate) prosperity, use, and converse.

Thus it could be understood from the etymology and lexicons that the word is used as a declinable noun in the sense of a limb (of the body) and it is  also used as an indeclinable in the sense of again, a sound to draw the attention of someone, and such other meanings.

Armed with the inputs from lexicon and etymology let us commence the excursion into Ṛgveda-saṃhitā. The Ṛgveda-padānukramaṇikā (ṛgvedapadānām akārādivarṇakramānukramaṇikā) (pg.7,8) gives the list of various occurrences of the term Aṅga in the text. It is interesting to note that excepting Maṇḍala 4, the term Aṅga is found in all other the maṇḍalas.

On an analysis of the occurrences of the term, it could be noted that the references are of two types. They are-

It can be noted that the chronologically later etymological derivations and lexicons (presented earlier in this article) are in tune with the two-fold use of the term in Ṛgveda-saṃhitā.

The usage of the word Aṅga is various case endings (declinable form) is found in 1st , 2nd , 3rd and 10th maṇḍalas, with references from 10th maṇḍala in majority.

The meanings associated Aṅga as an indeclinable!

The word Aṅga – used as a vocative particle – sambodhana/nipata has the following five meanings. The distribution of the meanings are also shown below

In the commentary to this verse Śrī Sāyaṇācārya  states –

This is a sample of 33 other such usages of the word aṅga which is not used to indicate the limbs (hence not significant from the point of view of Yoga practitioners). Hence just one example will suffice.

Still, as the above discussion makes it clear the presence of extensive usage of the term aṅga in Vedas (and later in saṃskṛta literature) as an indeclinable not connected to the sense of limbs – it can be taken as a caution for Yoga practitioners. While translating and understanding Vedic and Saṃskṛta Yoga related terms like aṅga one should not hastily jump to conclusions on meanings with limited connotations that we might be aware of in common usage.

The second type of occurrences:

The following are the references to the use of the word Aṅga – in the sense of the limb (predominantly the limb of the body), in various case endings. A brief summary of the meaning is also given along with the reference based on the commentary of Śrī Sāyaṇācārya.

10.85.30 – …स्वमङ्गमभिधित्सते …svamaṅgamabhidhitsate – just after marriage – during ceremonially entering the house (gṛhapraveśa) – the cloth of newly-wed bride) touching the limb of the groom while entering the house for the first time will be harmful.

1.89.8  – स्थिरैरङ्गैस्तुष्टुवांसः … sthirairaṅgaistuṣṭuvāṃsaḥ – With firm limbs we will worship the divinity

In these references above we could see that the limbs spoken are belong to human beings, Agni and the divinity Rudra.

In the context of the divinity – the limbs of Agni and Rudra are said to be glowing, firm and agile (śukra/ didyutānaḥ, sthira, aruṣa).

In the context of human beings, it could be seen that there are prayers for firm limbs. In the era portrayed by the rgvedic text, diseases pervading various parts of the limbs of the body were observed and freedom from them was sought. Herbal preparations were created with prayers to the herbs to remove illness from each and every part of the limb.

Furthermore, it could be stated that, as there were prayers to have firm limbs(sthirairaṅgaih), the people of ṛgveda could have done Vyāyamas accompanying prayers for firm limbs. It could be deduced from the fact that just as prayers to herbs will have been invariably connected with herbal preparations, prayers for firm limbs (1.89.8) could have accompanied their regular physical workouts. Work on bringing out textual evidences from Rgvda Samhita pointing to physical exercises is a subject for another paper. Though implied through the reference above, the deductions about physical exercises have to be further substantiated with stronger and direct references.  But nevertheless it could be a possible implication.

Also, the reference above – 10.163.6-  is from the akṣībhyāṃ te sūkta. In that sūkta the names of each of the limbs of the body are mentioned. As the focus of the current article is on just the word Aṅga, details about each of the limb are not elaborated. This indicates the awareness with regard to anatomy of the body in this ancient text.

Though references to the term aṅga in the sense of limbs of the body in ṛgveda-saṃhitā is limited, still, the aspirations of the people of ṛgveda to possess firm limbs, agile limbs, beautiful limbs, disease-free limbs are very much evident from these mantras.

Concluding the excursion and coming to the present

Linguistically, this short excursion into the ṛgveda-saṃhitā has revealed lesser known connotations in which the word Aṅga is used (indeclinable form) in the ancient literature. The caution that is to be exercised in the process of interpreting Vedic, Yogic terms, that emerges as an implication in this connection has already been mentioned.  It is should also be noted,  over enthusiastically and fancifully, the meanings of the indeclinable form of Aṅga that was found in  Ṛgveda references should not be superimposed out of context when it is used in the sense of limbs in Yogic context. Authors like George Feuerstein[3] and others have noted fanciful interpretations of certain yogasūtras.

Even in the context of the known meaning of the word Aṅga – limb of the body, to me as a Yoga practitioner, it was educative to understand that the references in the Ṛgveda already speak about strong limbs, beautiful limbs, limbs being afflicted by illnesses and addressing the herbs to remove illness from various limbs of the body.

Though many more deductions and inferences can be drawn and developed from these expressions, such direct references are clear records of a community that is not other worldly and which very much cared for the now and here as it had developed highly evolved consciousness centric philosophy for liberation beyond the body, mind and senses.

From the Yoga practitioners’ perspective, it could be understood that these early Ṛgvedic indications towards having healthy beautiful limbs could be stated as seeds and roots of the great banyan tree of Yoga that is giving shelter, shade and solace to body and mind sans-boundaries in the current era.

[3] Georg Feuerstein (The Yogasūtra of Patañjali, A new translation and commentary, 1989, p.91)