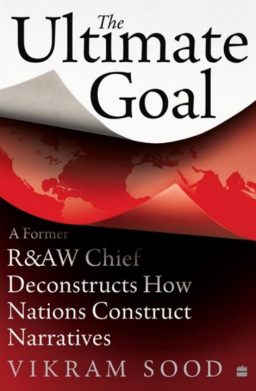 ~Across the world the extinction and suffering of countless human beings could be attributed to rampant American power.

The crimes of the United States have been systematic, constant, vicious, remorseless but very few people have talked about them. It has exercised a quite cynical manipulation of power worldwide while masquerading as a force of universal good.

It’s a brilliant, even witty, highly successful act of hypnosis…~

As we know the brand image is a serious business and industries spend big money on developing it. In this endeavor, Western media and notably Hollywood since 1915, with its influence world-wide has played an important role in assisting and creating the narrative in tandem with the US government, Pentagon, CIA, and the White House.

Some of the best-remembered films project the US as a preserver of human rights, interested in economic emancipation and political liberation.

America is the best. God bless America! …and we fell for it then and we still do now over popcorn, coke, burgers…the other quietly creeping and overtaking, American narrative.

Nonetheless, Zero Dark Thirty was not your usual Hollywood-CIA film like The Agency or The Sum of All Fears which showed it as impeccably holy.

Here Hollywood was allowed to show CIA torture chambers, the enhanced interrogation but only to build a sympathetic narrative towards how necessary it was to yield the required information to hunt and eliminate Osama Bin Laden.

Vikram Sood’s The Ultimate Goal-How Nations Construct Narratives is that kind of book where one needs to bookmark, lean back, exhale, and absorb.

Chapter by chapter, the former RAW Chief, rips the pretty picture carefully constructed by aspirational nations and world leaders to expose the blood, the gore and one might even say, the evil that goes behind creating a narrative.

A narrative that credits the US with a great liberating tradition … however, we learn that when President Bill Clinton was told about the Taliban’s attitude towards women, he said ~ We can live with that ~

Human rights and gender equality were never a consideration, it seems when money was to be made.

Of course, all for the ‘greater good’ defined and decided by the perpetrators.

With his brilliant storytelling skills, little known anecdotes of well-known personalities and incidents pepper the pages, opening up a completely new perspective on various subjects.

How many of us knew that –

Oliver Stone rattled the establishment when he announced that he planned to make a film on the assassination of JFK, based on Garrison’s memoirs On The Trail of The Assassins?

Evidently, there were powerful people who didn’t welcome the further investigation and research even fifty-seven years late, into President Kennedy’s assassination and hence set the mainstream media upon him. In their apoplectic rage, he was accused of every possible misdemeanor.

Put your hands up if you believed, that USA was the ultimate haven of freedom of speech and creativity.

That stars like him and Harrison Ford could walk around restricted facilities, much to the discomfort of traditional CIA personnel, giving them access to a view to further brand America.

How Saddam Hussain, Gadhafi were mollycoddled and pampered as long as they were delivering what America wanted, not caring in the least how despotic they were towards their own people.

However, done with like dogs on the street when they had served their purpose, outlived their utility to America.

And of course, the challenges of Islam, immigration, and immigrants now that they are at their very door.

The wonder, of course, is that despite taking a beating in their foreign interventions practically everywhere in the world post-1945, how Western nations secured a space that is now the last word on international relations and history.

Ironically, even when it also comes to us, about us…. with some of us accepting it as gospel truth.

So, the question is how does an old civilization, but new nation push its story into The Old Boys Club that is bolstered by economic power and wealth, masters at their game, puffing derisively on their cigars?

The interesting question he asks is – would Indian politicians be measured by the same yardstick when it comes to Hinduism, the majority religion in India, in official or state addresses?

The answer is no.

~ India and Indians must tell their own story. Who we are and what we are in our own words~?

The first step being:

With his experience, expertise, and professional background he unpacks the way ahead, making the book a very interesting one, indeed.

~Creating narratives and favorable perceptions does not happen by accident. There must be an agenda to do so and must be worked at overtime ~

Since India’s had mostly one party in power over the decades a certain narrative was given credence. The establishment, media, academia, the arts all fell into place like pieces of a jigsaw to create a picture that those in the office wanted to project.

The challenge arises now when the mould is set but the new boys on the block, have a different story to tell. A story which a large part of the country believes was suppressed and untold so far.

A much-needed makeover is required to project newfound confidence and a raring to go attitude.

No doubt a tough job for India which not only has to first deconstruct its previous apologetic, treading-at-the-threshold-with-trepidation image to now a much-needed strong voice.

How will we build this narrative and tell our story?

Bookmark, lean back, exhale, and absorb.

The Ultimate Goal: A Former R&AW Chief Deconstructs How Nations and Intelligence Agencies Construct Narratives is available for purchase on Amazon. 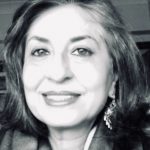 Nandini Bahri Dhanda runs an interiors architectural firm. She has lived across sixteen states in India & traveled all over the world. Interested in art,Read more