Review of Jugalbandi: The BJP before Modi 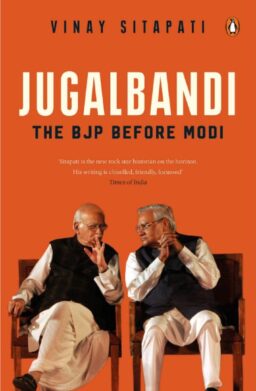 Jugalbandi – the book by Vinay Sitapati, is a smashing piece of literary work, intertwined with political history. Congratulations to Vinay for that. It chronicles the fascinating rise of Hindutva Nationalism and brings out many facets of Lal Krishna Advani and Atal Bihari Vajpayee’s lives, which were sort of hidden from public gaze hitherto.

The book is based on the premise that today if BJP has won two General Elections in succession (2014 and 2019) and has become a politico-ideological hegemon it is because of a project which has been in works for almost a century; and Advani and Vajpayee span a big part of that period, and hence form the mainstay of that project.

By highlighting this duo’s role in the rise of the Bharatiya Janata Party (BJP), the book highlights the importance of these two stalwarts. Importantly, it also throws light on the stellar work done by Advani and tries to set the record straight.

The author rightly starts from 1920, and brings out the struggle of Vinayak Damodar Savarkar, who singlehandedly shaped the Hindutva narrative. The book also highlights how Shri Keshav Baliram Hedgewar, who though in agreement with Savarkar on the ultimate goal (Hindu State), never collaborated with his Hindu Mahasabha and instead, to revive Hindu society, went on to form his own organization – Rashtriya Swaymsewak Sangh (RSS) in 1925.

For example, SP Mukherjee, like Vajpayee was a wonderful orator and knew how to handle the Parliament and navigate through Lutyens’ Media & Liberals; Advani like DeenDayal Upadhyaya used to handle the party and was an organizer par excellence.

Strikingly, you find quite a few similarities between the current pairing of Modi and Shah. This gives credence to Sitapati’s argument that Hindu Nationalism gaining gradual ground and BJP becoming a domineering party is not a mere coincidence but by meticulous design!

Another interesting prognosis, which runs like a thread throughout the book is, that the biggest reason for BJP winning consistently is the middle-class value set. The feeling, that unlike other political parties this is a Family. ‘Sangh Parivar’ is just not a term, it is a powerful, binding thought, and this feeling of brotherhood for fellow Swyamsevaks and leaders stops BJP (erstwhile Jana Sangh) from splitting like other parties.

However, the author observes that this feeling hasn’t come to the fore just like that. RSS, since its inception in 1925 has carefully cultivated the culture of togetherness amongst its cadre by reading to them the history of Hindus’ defeats at the hands of “Muslim Invaders” citing the main reason for this defeat as lack of unity amongst the Hindus. Shri Keshav Baliram Hedgewar’s aim behind having an organization such as this was to make them bury the caste & class differences and think together as Hindus!

Vinay Sitapati makes another compelling observation, where he contrasts Congress with RSS/Jana Sangh/BJP. He says it is actually Congress that mirrors the current Hindu society more accurately – Congress, just like Hindus is dynastic and nepotistic whereas it is the RSS which has modelled itself against the established tenets and to protect itself from this disease of favouritism, RSS (Golwalkar Guruji) made a rule that Pracharaks (full-time functionaries) should not marry.

Indeed what a critical decision it has proved to be! Ironically since two very important functionaries of RSS – Madhukarrao Bhagwat and Late M G Vaidya were married and have their sons amongst the top office bearers of RSS today, even RSS could not protect itself from the inherent drawbacks of Hindu society.

So, the genius of RSS, the author quips, is identifying Hindu society’s biggest drawback and working on it for almost a century. In doing so, they have created an army of dedicated men, who relentlessly for decades together, have worked on unifying the Hindu society and removing the societal ills. Thus one is forced to agree that RSS is radically different from Hindu society.

Taking his ‘Family & Teamwork’ argument to the next level, Sitapati cites the most telling example from the history of Hindu Nationalism. Starting 1968 to 1986, Atal Bihari Vajpayee was running the party (1968 to 1977 Jana Sangh & 1980 to 1986 BJP). After the horrendous loss in the 1984 general election (BJP won 2 seats), Vajpayee was replaced by Advani in 1986, and he remained the party President till 1991.

For a brief period of two years,  MM Joshi replaced him in 1991, but it was Advani who was in control of the party – only to be reappointed as President in 1993, up until 1998. He not only was the President but also was supposed to be the party’s Prime Ministerial candidate.

To me, the inflexion point of the whole story arrives in 1995, in Mumbai plenary, when Advani against the general opinion, just ahead of 1996 elections, pulls a rabbit out of the hat, and announces that it is Vajpayee who is going to be the BJP’s PM candidate.

At that moment, he could have easily avoided this, continued to hog the limelight, and become the PM candidate. He had the party at his feet and RSS’ backing, but magnanimously keeps the party’s interest ahead of himself. To me, that is the moment when the dual theories of the long-term vision of the project of Hindu Nationalism and keeping ‘Family’ (party/cause) ahead of oneself fuse into each other.

As luck would have it, the same man, Lal Krishna Advani who stood by Vajpayee in 1995, seven years later, after Gujarat riots, protected Narendra Modi against the wrath of Vajpayee. In 1995, it was for the great cause (putting party ahead of individuals) as it was in 2002. These 2002 riots put the 6 decades’ old partnership under strain and BJP’s loss in 2004, effectively ended the Jugalbandi!

To reiterate the point made at the start, this is a remarkable book. Again, full credit to the author for his painstaking research and going back as far as 1920 to find the roots of BJP’s success. Also, the way he brings out the story of role switch between Vajpayee and Advani is just brilliant, which brings out the point that RSS has drilled down the ‘Organisation before Self’ motto, in its members so clearly.

Must admit, no writer till now has been able to bring out this point till now; not even Right-Wing writers. Also, it is a well-known fact that behind BJP’s success there is RSS and if BJP is looking so invincible today, it is because RSS has been working towards this goal so long, is something which has been written on for the first time.

The detailing and chronicling are just so enjoyable. Following up with such a beauty, after ‘The Half Lion’ leaves little doubt that at young age of 37, Vinay Sitapati has established himself as the Prima Donna of Indian Political History.

The book also throws light on the fraught relationship between RSS and Vajpayee and in a way explains BJP’s against the run-of-the-play loss in 2004, which resulted in Congress’ comeback and what followed was a decade of disastrous Sonia rule. Guess that is what prompted the RSS and PM Modi to work more closely since 2013, leading to two big victories for BJP in 2014 and 2019.

Two jarring notes from the whole book are the two narratives which the author tries to build, without citing much evidence, one that Vajpayee was a closet Nehruvian and Advani a Macaulay Putra, and it was Mrs. Rajkumari Kaul’s influence which turned Vajpayee into a liberal.

Will end with a power phrase which Sitapati quotes to have heard from a top RSS leader, “We worship God by winning elections!”

Jugalbandi: The BJP Before Modi is available on Amazon. 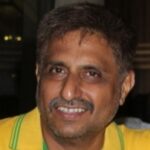