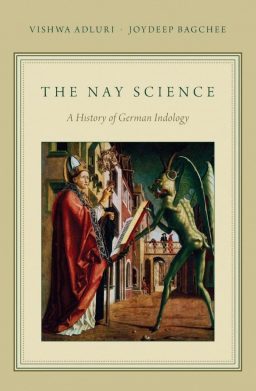 For more than a century, Indians have been weighed down by Western notions of academic research and scholarship. From Bengali Renaissance thinkers to Orientalists like R.G Bhandarkar and leaders such as Nehru, prominent Indian figures of the past have been highly appreciative of Western philological methods of studying and interpreting ancient Indian texts. For most of  independent India’s history, little to no effort has been made to restore Indian methods of textual interpretation at major Indian universities.

But perhaps, things are beginning to change now. Vishwa Adluri and Joydeep Bagchee’s Nay Science: A History of German Indology is a significant step in that direction. As the name suggests, the book exposes the methods of German Indology and their so-called scientific study of Indian texts as pseudo-science.

They delve deep into the minds of 18th-19th century German academics and uncover their deeply motivated research on Indian texts. For one, German Indologists were actually Protestant theologians. Following the Enlightenment era, these academicians then established intellectual movements like Historicism, Positivism, and Romanticism, in German universities. Their Indology, thus, has foundations in religious and racial motivations. Even American scholars, otherwise secular and objective, followed their lead when it came to Indian texts.

The authors note that since German Indology is too vast a field, they will limit the book to the studies related to Mahabharata and Bhagwad Gita only. The major criticism leveled by them against German Indologists is regarding their use of the ‘Historical-Critical Method’ of textual interpretation. The primary focus of this method is to discover the original meaning of the text in its original historical context and the historical conditions of the author. While its practitioners claim the method to be scientific and objective, Adluri and Bagchee diligently trace its religious roots.

To start off, they talk about Neo Protestant theologians such as Johann Salomo Semlar who applied this method to Biblical studies. When after Enlightenment it became impossible to defend the Bible as revelation or word of God, the likes of Similar used the historical-critical method to argue that the Old Testament parts of it should be removed as they contained Jewish history and were not central to the core beliefs of Christianity. Even though they claimed their method to be secular, this was done mostly because those parts were inconsistent with Protestant theology. This method was applied to Mahabharata and Bhagwad Gita as well.

Protestantism, which grew in opposition to the Roman Catholic Church, was deeply suspicious of the Catholic clergy. They accused the latter of corruption and decadence. They claimed that in order to safeguard their power and privileges and to keep a hold of the believers, the clergy had corrupted the original Bible and introduced various insertions to it. A similar charge was also made against Jewish Rabbis. According to them, in order to restore the Bible to its original form, these insertions had to be removed so that the book may contain only the word of God. This was deemed necessary so as to establish a direct relationship between God and the believers. These insertions are known as interpolations in academic terms.

The Protestant German scholars then alleged that Brahmins too had done the same with Mahabharata and Bhagwad Gita to protect their interests and maintain their grip over innocent masses. Since they believed that Indians had not yet developed the intellectual capacity to challenge the traditional interpretations of their texts, it was the job of German Indologists to bring their ‘scientific’ methods to dissect the Indian texts and remove the interpolations.

German scholars of Bhagwad Gita like Richard Garbe, Herman Oldenberg, and Rudolf Otto argued that the text originally consisted of only the first two chapters. These chapters pertain to the warrior Arjuna’s dilemma at the commencement of the war and Krishna’s response to it. As per these scholars, the remaining chapters dealing with religious and spiritual issues like bhakti, action, liberation, and so on were added later by Brahmins. In order to restore Gita to its original form, all chapters other than the first two must be removed, they said.

Moving on to the motivations of scholars inspired by German Romanticism, the authors lay bare their fantasies as well. These German scholars believed in the idea of a heroic, brave, and superior Aryan race, consisting of both Germans and Indians, among others. Like their own war epic of Nibelungenlied, they claimed that Mahabharata originally must have been a war epic too. They spoke of Urepos, which was supposed to be the original epic that formed the basis of these two. They said that the voluminous Mahabharata was full of interpolations by Brahmins and others and so needed to be trimmed down to the original war epic of their fantasies.

Others made baseless claims such as saying that the Mahabharata was actually a Buddhist epic and its original hero was Ashoka, not Arjuna. Some even went as far as to argue that Duryodhana was the real hero of the epic. Adluri and Bagchee cite examples of the likes of Christian Lassen, a Norwegian scholar, who studied and worked at a German university and who contributed to the racial overtones of the Indology project. Others like Adolf Holtzmann Jr, Herman Oldenberg, Herman Jacobi, and Georg von Simon, in their search of the heroic and brave master Aryan race, argued for a core epic underlying Mahabharata. However, almost all German Indologists agreed that the Bhagavad Gita was not part of the original Mahabharata and railed against the Brahminical interpolations for infusing theistic ideas into a war epic that was likely derived from an original Aryan war epic.

In this way, the book shows how on the pretext of restoring the Indian texts to their original form, German Indologists carried out a religious and racial project rather than a scientific study. In doing so, they not only set back the academic research into Indian texts but also did great harm to the inner coherence and beauty of these texts. They over-emphasized the historical-critical method of reading the texts and failed to understand that a work of literature should be appreciated for what it is, first and foremost. Only then can a reader hope to learn and derive meaning from it.

The authors brilliantly use the examples of Plato’s Phaedrus at the beginning and Mahatma Gandhi in the end to outline the limitations of philology and historicism in the study of ancient texts such as Mahabharata and Bhagwad Gita. As Gandhi remarked about Gita, it is not necessary to understand the intent of the author’s original message but to keep an open mind and draw one’s own personal meaning from it. The greatness of Gita lies in the fact that it has something to offer to anyone who approaches it with sincerity.

Nay Science is an extremely well-researched book and the authors’ hard work shines through. For the inquisitive reader, there are detailed and explanatory footnotes as well as further suggested readings. Anybody interested in Indic studies or Indology will be greatly enriched by reading this book. At last, let’s hope Nay Science will lead to an alternate approach to the study of ancient Indian texts.

Nay Science: A History of German Indology is available for purchase from Amazon. 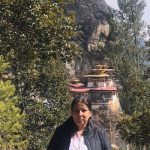 Delhi based Indic studies enthusiast, with an interest in Sanskrit.