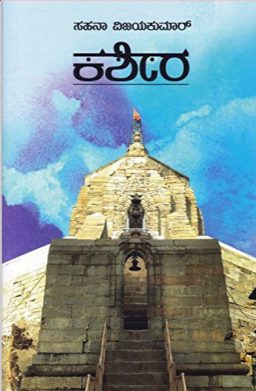 Often we wonder as to why there haven’t been much works on violence hit Kashmira either from a neutral viewpoint or Indian point of view, let alone dealing with displaced Kashmiri Pandits’ torments. As we lament about losing the Uttaramnaya Sharada Peetha to Gilgit-Baltistan in the illegally occupied Kashmir by Pakistan; as we still try to understand what happened on the night of 19th January 1990 in the Kashmir Valley or as we complain about sharing our resources among the displaced Kashmiri brethren, the uninterrupted efforts by the separatist forces keep yielding them fruitful results, may it be a piecemeal solution to their aim or a holistic one. 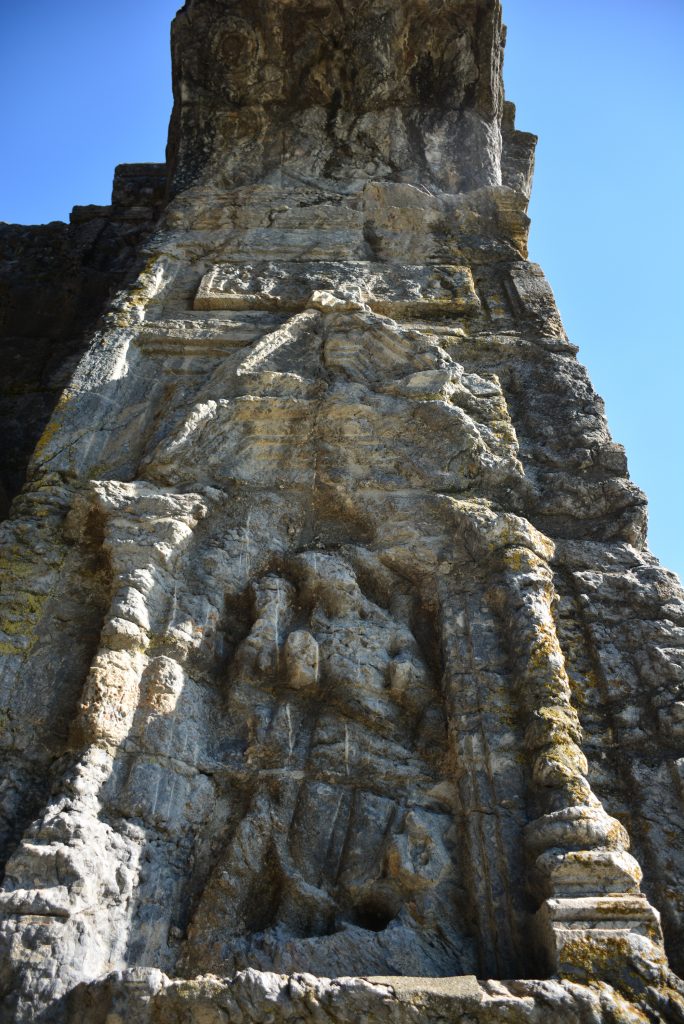 The geo-political narrative around the globe today is that the Indian state has illegally occupied Kashmir (?!). As much it comes to an Indian as dismay, it is a glorious example of the feeble diplomatic and international affairs handling hands playing at the helm of bureaucratic system. Have we, as a nation, ever occupied any piece of land, let alone doing it illegally? That must be the most foolish statement to be made if one said yes!

To learn how demography in the valley was manipulated and changed by cleansing almost all the non-muslim population, one must seek for information either from a Kashmiri Pandit, or a saaf niyat Kashmiri Muslim (which is next to impossible), an erudite Indologist or literary works that come handy as eye openers. The latter proves to be easiest of all the options to learn about Kashmir unless one is ready in seeking out for information on his/her own. This review is about one such work, a recent novel in Kannada language by Smt Sahana Vijayakumar, a techie by dawn and a researcher/jijnAsu by dusk, named “kasheera”; meaning Kashmira in Kashmiri language. Even to this day, Kashmiri Pandits refer to Kashmir as “Maej Kasheer” which translates into “Mother Kashmir”.

Albeit the work is fictitious, based on imaginary characters, the entire work seems to impart a sense of frustration-anger-helplessness-shame; on our part – the majority of Indians. That is where the novel succeeds – the novel triumphs in inculcating a sense of oneness among us which helps us navigate our thoughts as to why such a tragedy was let to happen on the night of 19th January 1990, to quote among the recent ethnic cleansing from the valley. The novel, with umpteen characters, benefits the readers to segregate topics and events related to Kashmir with regards to political agenda, religious radicalism and current affairs. The narrating style is very lucid, giving us the history of Kashmira, starting from Sage Kashyapa, although not in a chronological order. Many events of the recent past find a mention in the novel that do bring a smile on the reader’s face as much as it fills your heart with heaviness for the most part of it. Ample references to purANas and shlOkas referring to Kashmira, its creation or describing the beauty of the province, in fact, is a very commendable effort by the novelist. As a matter of fact, these references from times immemorial are our strength to claim the land as ours. One can appreciate this fact by learning the etymology of the names of places in Kashmira like Shrinagar, Anantanag (Land of infinite springs), Baramulla (Varahamula), Avantipora (Avantipura), Mattan (Martand) and so on that have been referred in many purANas and Hindu scriptures. The novel also deals with the Hindu Emperors who ruled from Kashmira like Lalitaditya Muktapida of the illustrious Karkota Dynasty who ruled most part of India, yet finds no mention in the modern Marxist History of India, to our utter misfortune. The fact that Lalitaditya Muktapida sanctioned to build a majestic temple for the Sun god in the village of Martanda overlooking the Anantanag valley as early as 7th century CE, much before the advent of Persians into Indian subcontinent, finds no mention anywhere! 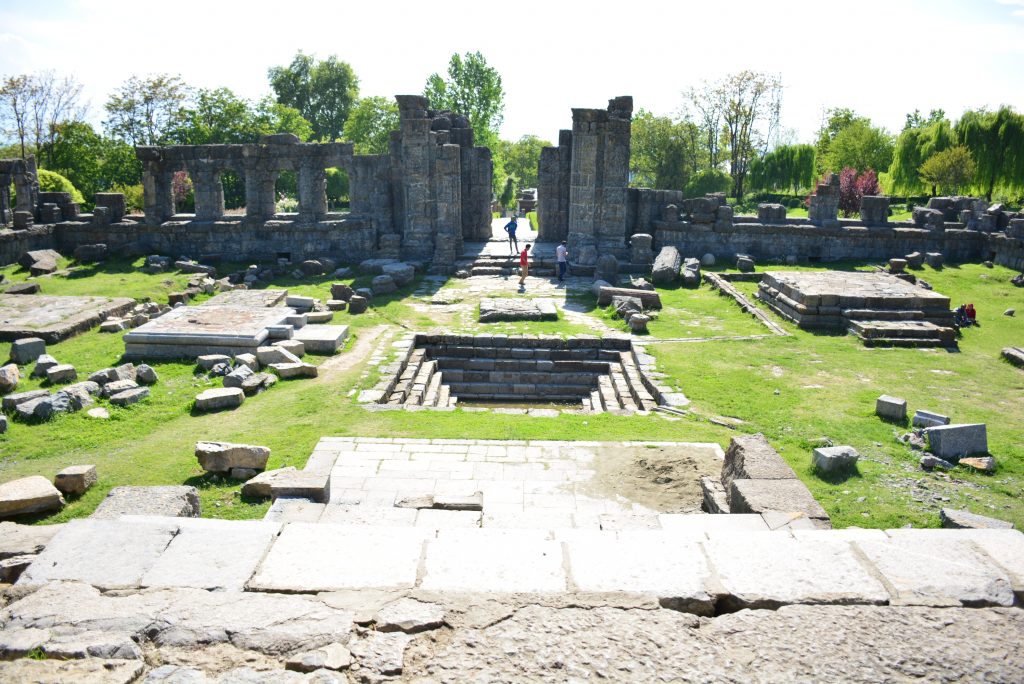 The characters are harmoniously woven together to create a work that helps us to shield our minds from the glorious ignorance prevailing about Kashmira. Every character feels coming alive, a person that we all see in our daily lives. There is Narendra, the character which implicitly pokes us to awaken our bewitched kshAtradharma; the innocent gullible characters of radical brainwashing like Salim, Mushtaq; penitential Basheer – his wife Rifat who is blinded by her faith – their eldest son Anwar muddled with his unexpressed love – his brother Asif’s barbarism; Kailas Pandit’s lamenting of the unjust that unveiled its wings over their peace loving community; temple priest Hridayanath’s appeal for help to fight back; journalist Ananta Krishna who sells his soul to tweak facts; Ms Meeradevi who always wants to be in limelight in every possible way – all these characters help build a narrative to make us feel that the entire plot is happening right in front of our eyes and we are all being mute spectators to it. The novelist has pulled in a few recent events into her story telling – making of a false hero out of a university student, chaotic television debates and walkouts, a martyred soldier survived by his brave wife and a toddler, stone pelting in the valley and a few other captivating incidents.

There is one other egregious issue that none of us might have thought about or has been talked about much, which the novel effectively presents – the decline in the Kashmiri Pandit population after they were forcibly evicted out of their rightful homes in the valley. One must read Arati Kaul’s moaning to get a sense of what every single Kashmiri Pandit couple has had to go through leaving behind huge mansions in the valleys to being refugees in their own country, living in refugee camps.

The more I say about the novel, the less interesting it would stamp on a reader’s mind. In all, the novelist has won in providing every bit of information regarding the issue of Kashmir and the hostility prevalent in the valley, readily on a platter. It is now upto the readers to pick a copy and read it diligently. For non-Kannadigas, the good news is, the novel is being translated into English and soon shall be available for purchase. Tissue papers to wipe the tears off your cheeks are highly advised!

To add to this, my personal experiences of Kashmir travel helped me relate to every single page of it. Beautiful snow clad mountains are just an eye wash for they sit on hot lava that could erupt and destroy everything around in no time. That is what I felt about Shrinagar. ‘You are a tourist. Behave as a tourist’ is the mindset in the tourist town of Shrinagar and one would have to be very adamant with the tour operator to take them to places of their choice and not the banal tourist spots of Gulmarg, Pahalgam and such. My stubborn attitude threatening the travel agent of cancelling my week long trip in the valley yielded a reluctant yes to show me places that still stand as a huge mark of how Hindu the entire Kashmir province once was. Ruins of temples dedicated to Lord Vishnu and Lord Shiva, Avantiswamin and Avantishwara Temples respectively at Avantipora; Surya Temple of Martand; Adi Shankaracharya Mandira overlooking the Shrinagar valley; Kheer Bhavani Temple; Nauhatta locality in Shrinagar to name some. Dear Hindus, Kashmir is India’s integral part and let us not wait for a nod to claim it ours. Pounce into the valley during peak tourist season – April to July, and demand the tour operators to take you to all Hindu Temples in the valley. Opt out of Pahalgam and Gulmarg for you can always visit valleys in Himachal and Uttarakhand. Once we achieve this, the city which literally survives on tourism will have to rely on domestic tourists and not any foreign tourists. It paves a way for the Kashmiri youth to see people from different parts of India and helps bridge the gap of how they think of rest of India as their enemy. 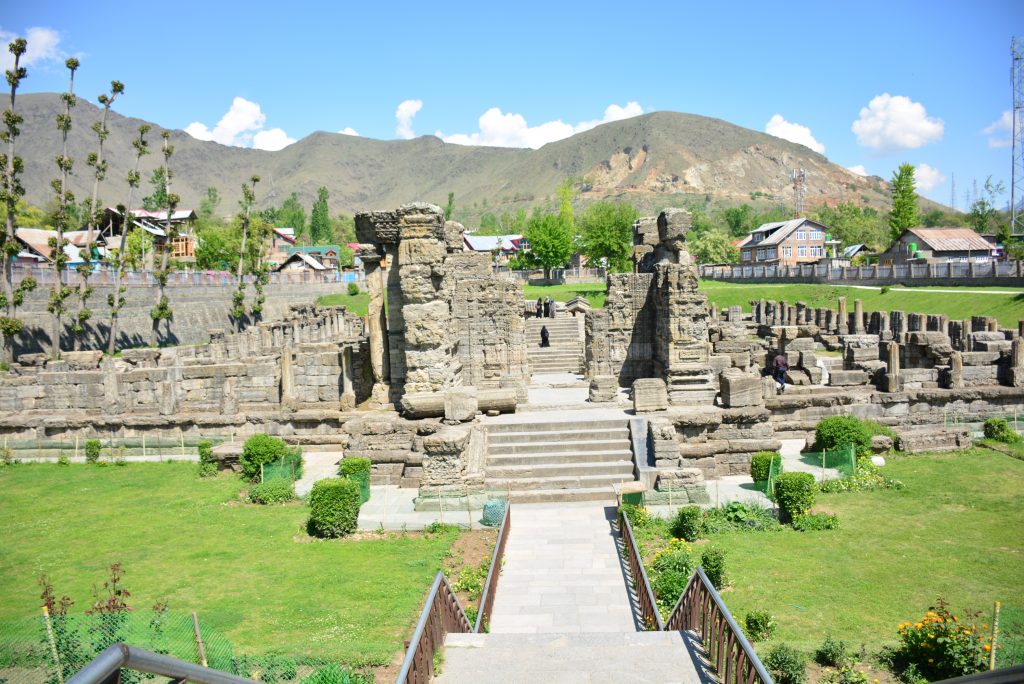 To conclude, if you, as an Indian, want to do your bit towards forming the right opinion about Kashmir issue, pick up your copy once it is available in English and give it a go for you will never regret doing so.