Caste & Trust As Social Capital For The Indian Entrepreneur 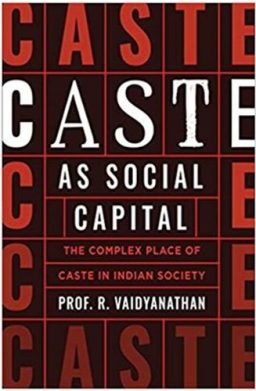 Vaidyanathan’s book is about existing social capital that is the envelope for, what one could call embedded trust, i.e., trust emerging from organic and nurtured relationships. While there are many forms of social capital, Vaidyanathan’s focus is about caste as social capital. Enterprise clusters described in the book are caste-based where entrepreneurship developed because of existing caste network support. Many cluster members were actually agriculturists and did not have more than a high school education. So growth happened within clusters once promoters drew in more from their community towards expanding enterprises within the cluster. Clusters developed in some cases as a result of opening of the economy in the 1990s as well and not just because of the need to move out of unremunerative agriculture.

The nurturing in clusters extends to transactions that are not backed by contracts but by relationships. Clusters can be small or large but embedded trust keeps their interests congruent. Transactions can also flow outwards to other non-kinship based communities within the cluster as the relationships are nurtured. Outside of enterprise, bonds are solidified through social interactions and support through educational and religious institutions.

Boost to entrepreneurs and clusters comes from finance provided by community financiers. Credit flow from banks for enterprise is poor even when there is access. The relationship-based enforcement of credit and repayment obligations within the cluster were considered reliable. Failure of enterprises in the cluster elicits support from families in the cluster to help the enterprises rebuild.

Vaidyanathan’s description of caste-based social capital for promoting sustainable and scalable enterprise over generations is relevant for job-creators and job-seekers alike today that struggle in the absence of reliable public policy and its delivery. Migration for better livelihoods is gaining ground in India and these too happen in caste-based or other kin groups due to trusted support, leading to small service enterprises in new regions that are kin-based. Vaidyanathan mentions plumbers in Delhi and Bangalore, a significant number of which come from one district in Odisha.

For Tarun Khanna, on the other hand, creation of trust is an act both of creativity and of individual agency. His central theme is that “Entrepreneur must not just Create but Create the conditions to Create.” And he illustrates this with case studies from Brazil, India, China, and Bangladesh.

Trust is seen as between consumers, producers, regulators and the public at large. Foremost condition entrepreneurs must create is to find and cultivate whatever it takes to induce trust; from their talent, their partners, their clients and others. Khanna says it puts a burden on the entrepreneur but it’s the most practical approach. And when even a single entrepreneur violates the trust that results in a national scandal, as it did in dairy in China, it hurts the food industry and does not get rebuilt easily. One Chinese entrepreneur used a transparent traceability system, using technology, to build trust among consumers of where and how their product was produced. Khanna admits that these measures help only partially and in the short-term – as long as the entrepreneur can create these trust conditions as and when problems arise. However, trust creating technology adds to costs all along the chain that consumers, already skeptical, may not be willing to cover. The AMUL (Gujarat) dairy example that Khanna provides, is one where trust has been built up over decades and remains largely intact because, as a cooperative, its members are assured the continuous purchase of the supply. Technology is low-tech here and is not the vehicle for trust building but for enabling efficiency and quality to scale.

His other example of technology use for trust creation through a more direct and effective customer and service provider linkage is that of Aadhaar in India. It enables universalization of access to services via a citizen identity number that can be linked to a variety of services such as direct benefit transfer and easier opening of bank accounts. Khanna could not be unaware that Aadhaar has been called into question for its inability to address trust deficits between the state and citizens as well as lack of transparency regarding how citizen data gathered through Aadhaar will be used in various other ways by the state.

In almost all examples of the book, trust is transactional and at each stage has to be managed by agency of who or what is seeking to build the enterprise and whose success depends on trust. There is no stability of trust in these transactions over time and hence require continuous management. Other than AMUL, Khanna’s two other examples of sustainable trust creation involve use of traditional models of cooperation from India; Narayana Health and Self-Help Groups for microfinance. Narayana Health, an enterprise started by the heart surgeon Devi Shetty, uses institutionalized norms of family connect and support to engender the values of universal access regardless of means, through, for example, involving families in patient care to reduce costs of nursing services. SKS Microfinance in Andhra Pradesh (AP) is provided as an example of involving existing group norms of self-help groups to enforce joint liability for savings and lending. Of these examples, SKS was not able to sustain in its original form but Khanna argues that this was more because of politicized legislation of microfinance in AP that affected many MFIs in Andhra, rather than the SKS social norms-based model per se.

Despite the value of technology for democratisation of the entrepreneurship space that Khanna describes, it is transactional trust that binds the customers and service providers, so these relationships remain tenuous. In caste-based relationships the interests of entrepreneurs converge around belief in duties and responsibilities for shared progress among members of the caste and cluster, as Vaidyanathan shows. Hence, trust is of a different kind altogether and of a different magnitude.

Notwithstanding their unsavory intersections with politics and interests such as land (aspects of which are in Vaidyanathan’s book), caste-based clusters in India have grown and adapted to changing markets. Entrepreneurs in the clusters trust that the support they need even during downturns will be found. In entrepreneur-led agency, this is much more challenging and models are not easily replicable. If they were, we would not be looking, even now, for another AMUL or Narayana Health to emerge. Technology is not a solution even if it is cost-effective and makes business scalable, as we know from many online marketplaces and platforms. In any case, even in Khanna’s examples, where technology was introduced not to create trust but to build on the underlying trust, the enterprise has sustained better.

Cluster development to organize small and growing businesses is well regarded in India and can draw their entrepreneurship levers from caste-based cluster models. In this sense too, Vaidyanathan’s book is a valuable contribution to the literature on entrepreneurship. Both books make for easy reading and their contrasting models for trust creation are relevant for emerging entrepreneurs in India. 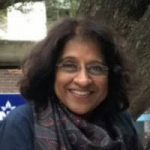 Dr Vanita Viswanath, is a Bangalore-based social entrepreneur, organisational mentor and researcher. Passionate about women’s empowerment through entrepreneurship, up to 2014, Vanita was CEO ofRead more