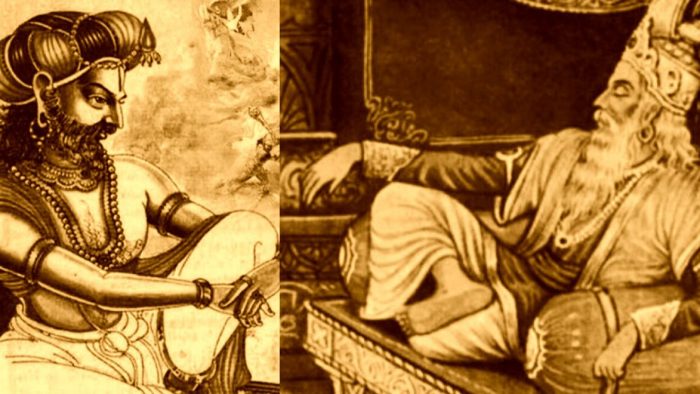 Remember what Vidura said towards the end of the chapter, that someone who incites his enemy “cannot presume to be secure, only because he is a long-distance away”

Vidura expounds further on that in this chapter, the sixth, of Vidura Niti. Running away after striking an intelligent person is of no use because “An intelligent person has long arms and when injured, will cause hurt in return.” Essentially, shoot and scoot isn’t going to cut it with a smart adversary.

Women deserve respect. Vidura tells Dhritarashtra that “One must speak sweetly to women, but one must not come under their control.” They deserve to be respected because they “are the prosperity of a household”. But conversely, who is unworthy of respect even as a guest?

No questions about this list except for the first and last ones. Why a physician does not deserve to be honored as a guest I couldn’t understand. One who does not sell the sacred texts would be hard to find in Kaliyuga. Those who don’t are far and few in between in the world we live in.

Vidura returns to the topic of statecraft here, telling Dhritarashtra about the conduct expected of kings. Perhaps the biggest takeaway is that a king should keep his plans to himself. They should be divulged neither to one who is not a well-wisher, but more pertinently, nor to one who may be a well-wisher but “does not possess self-control.” A king whose counsels are kept secret will be successful.

While the virtues of forgiveness are often talked about, Vidura was clear that “An enemy who deserves to be killed should not be freed when he is under your control. If he is not killed, he will soon become a source of danger.”

But Vidura is not done yet. This next lines are probably the most distilled words of wisdom one is likely to find, and I am reproducing them in full!

“A wise person avoids pointless quarrels, only fools seek them.”

“Women do not wish to obtain a eunuch as their husband. Like that, no one wishes to have a lord whose favors are fruitless and whose anger is also pointless.”

Coming back to lists, Vidura enumerates the “seven kindlings of prosperity:

In closing this chapter, Vidura tells Dhritarashtra that entrusting the fate of the Bharatas (the lineage) would result in the same fate as what befell Bali, who soon lost his suzerainty over the three worlds.

This chapter ends with these very wise words of Vidura –

“O descendant of the Bharata lineage! It is my view that the learned ones are those who can grasp the general principles, rather than the specific details. The details are a trifle.”

Translated excerpts from Bibek Debroy’s unabridged, ten-volume, English translation of the Bhandarkar Oriental Research Institute’s Critical Edition of the Mahabharata, published by Penguin from 2010 to 2015. The translations here are from volumes 1 and 4. The Sanskrit verses are John Smith’s revision of Prof. Muneo Tokunaga’s version of the text, and available online at https://bombay.indology.info/