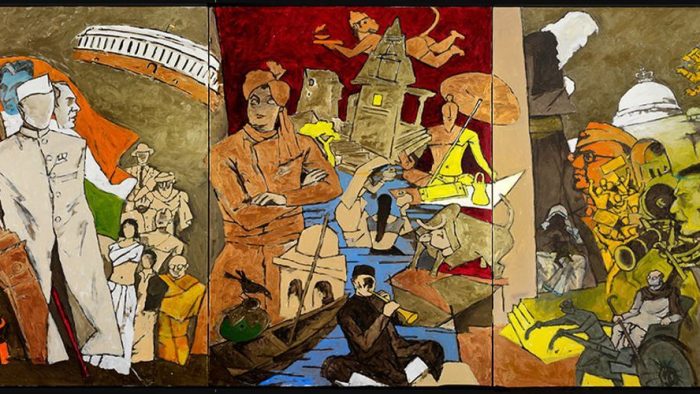 Being rooted and free is synergetic. A person who is rooted in his or her convictions is the one who is free in the truest sense. Freedom has no value unless we have some reasons or ideals to stick to. It is important for the youth today to define the paradigms of freedom to scale the horizon of aspirations.

Our civilisation is deeply rooted in cultural values and heritage. We have a history that spans over five thousand years. Different philosophies and ideas have shaped our mind space for over centuries. From these ideas, we have built the foundations of some of the greatest institutions of human life. The Upanishads, Vedas, Brahamanas and other Shastras contained the mysteries of our existence. These scriptures have made a simple priest’s son the Prime Minister of one of the mightiest empires across the world. They made Chanakya the great thinker he was. These ideas have never confined us, but have helped us to become better versions of ourselves. The belief system that nurtured the Saraswati civilisation has produced greatest thinkers like Chanakya, warriors like Shivaji, philosophers like Swami Vivekananda and world leaders like Netaji Subhas Chandra Bose.

To fly high in the sky and touch the horizon, the kite must be firmly attached to the string. To realise the virtues of freedom one must be attached to his or her roots. To become free and self-respecting individuals in the truest sense, we must know who we are. We must realise our lost sense of self. The education system that prevails today carries the legacy of British times. It bears the fingerprints of a well-crafted conspiracy that aimed at systematically destroying everything about the civilisation which brought us pride. Our education system has to be decolonised and re-designed from and Indian point of view. Only then we can become what we are destined to become. Freedom must emerge from within. It must emerge from within self-respecting individuals.

The very idea of freedom is deeply etched in our national conscience. Freedom prevails in the atmosphere we have grown up, in the air we breathe and in the soil that nurtures us. Our ancestors valued freedom and self-respect above every otherworldly thing, even above their lives. Thousands embraced death over a life that meant slavery. Our Nation as it is today is born out of the centuries-long battle for freedom. Our history is a testimony to the sacrifices made by our forefathers for freedom. Great freedom fighters like Bhagat Singh, Ashfaqulla Khan and Khudiram Bose bartered their lives for freedom. They have taught us that freedom is not free; the price is heavy enough to pay. Shri Aurobindo said that – ‘Freedom is an eternal aspect of the human spirit, as essential to life as breath itself.’ For him, it was beyond worldly parameters.

Ramkrishna Paramhansa said that – ‘The one, whose mind is free, is the one who is really free. Bondage is of the mind; freedom too is of the mind.’

For Netaji Subhas Chandra Bose, Freedom of India was the greatest thing to live and die for. He said – “We should have but one desire today – the desire to die so that India may live – the desire to face a martyr’s death, so that the path to freedom may be paved with the martyr’s blood”.

Hence freedom for countless students like me must not merely mean the freedom to wear what we wish to, the freedom to eat or do as we like. For us, freedom must mean something more than all such materialistic objectives. Our version of freedom must be embedded into some higher purpose. It must be something to strive for which is bigger than oneself. The meaning of freedom is thus not so simple. It cannot be simply measured through materialistic means. Freedom is the journey of self-exploration. Freedom is the journey that scales the horizons of human consciousness and explores the magnanimous nature of the universe. Freedom is something that liberates not only oneself but also others. Freedom, as Swami Vivekananda said, can be achieved only by liberating others from the worldly shackles of poverty, hunger and misery. Freedom comes from serving those who have stretched their arms towards us in hope that we will emancipate them from their sufferings. Being ‘Taranhar’ or the saviour and helping others sail the great ocean of life is true freedom.

Freedom, rooted in deep convictions and strong virtues to live and die for, is the greatest goal to cherish and aspire for. This encapsulates what freedom means to countless sons and daughters of this great Nation, who are deeply rooted in their civilizational values, seeking freedom through service to the motherland.

(IGenPlus had announced an essay competition in July. Five winning essays have been published in this series. The previous essays can be found here- Essay 1, Essay 2, Essay 3, Essay 4)