Playing With Zero and Ancient History 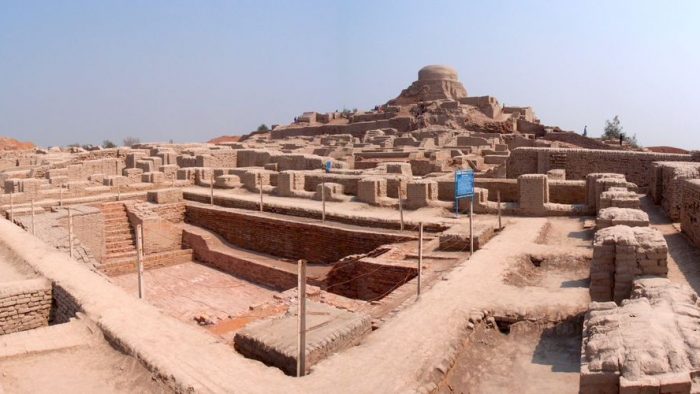 Mathematical and physical arguments are easier to check for basic errors than those in the social sciences and history. You may not divide by zero, because if you did then you could show, for example, that 2 = 3 (because 2/0 = 3/0); likewise, any system that delivers more work than the energy it takes in is a logically impossible perpetual motion machine.

Authors in the social sciences sometimes get carried away by ideas that are unfalsifiable or logically inconsistent and since these ideas are repeated in the echo chambers of the academia, it can take a generation or two, or even longer, to realize this.

Here I wish to speak of just one matter of ancient history concerning languages of India and Europe that are far apart geographically but belong to the same family. Recently, people have begun to use ancient DNA to see how India was populated by outside migrants and settlers.

It is quite fair to assume that people traveled in different directions in the ancient world but to effectively assume that a small number of migrants were able to change the language of India makes little sense, especially if this is proposed to have occurred as recently as 2000 BCE or thereabouts.

Why? Because we have literary evidence from India that speaks of continuity going back to about as early as 4th millennium BCE and these texts remember no other region but north and northwest India. We have astronomical references, datable geological events, king lists and lists of rishis that span several thousand years. One may dismiss one or two of these as myth, but one can’t do so if the pieces are independent and connected with facts on the ground. Here’s a summary:

1. Astronomical events in the Ṛgveda and later books are consistent and provide references to events that occurred in late 4th millennium BCE and subsequently in third and second millennia BCE. This is not only in terms of solstice and equinox information but also the very listing of the nakṣatras, which has a spread of several thousand years.

2. The memory of the Sarasvati River flowing once from the mountain to the sea, which was true latest around 1900 BCE and perhaps a thousand years prior.

3. When the Greeks came to India, they wrote about an Indian tradition of king-lists that went back several thousand years.

4. The acknowledgement in later books such as the Aitareya Brāhmaṇa that the Vedic people had moved beyond to the region west and northwest of India across the Himalayas to what is called Uttara Kuru, which is Bactria and the region of the Central Asian steppes and West Asia.

In the 19th century some scholars came up with the idea that the Indo-European languages were spread by the invasion of the Aryans by horse-riding warriors to India about 1500 BCE. This theory has been debunked time and time again but it takes on new forms. In a new incarnation known as the “Steppe Hypothesis,” horse-riding pastoralists from the Black and Caspian Seas migrated west into Europe and east into Central Asia and India around 3000 BCE. This has also been debunked by a new genetic study.

It is most amusing that population theories take India to be a vast empty space, a big zero. Doing so may make a sensational news story for a day or two but it cannot square with hard facts. Even if we forget the texts, we have the archaeological evidence related to the nearly 10,000-year-old Sindhu-Sarasvati Tradition that shows India to have been the most densely populated region of the ancient world.

The density of the population makes it impossible to come up with a model where people from the sparsely populated steppes or the Iranian highlands will be able to change the language of the region.

A widely spoken language of a region is like an attraction basin in a complex system. The theory of complex systems tells us that after any small perturbations the system returns to its old state. Even if one could think of a process that suddenly made a lot of people in the steppes decide to ride thousands of miles into the hot, baking plains of north India, they would, in a generation or two, lose their language unless they lived in small enclaves as isolated groups. If they did not even bring their women, as is claimed in one bizarre theory, their language, if different from the host language, would not survive a single generation.

Further ascribing successful replacement of language to superior technology of the chariot or the advantage of horsemanship does not change the argument.

Now it is quite possible that a large movement of people into India prior to 3000 or 4000 BCE, when the population of the Harappan settlements was not as large as it came to be later on, may have brought about change of the language. But this time-span is not convenient to many for whom the central issue appears to be the ownership of the Vedic literature and, even more importantly, its sciences.

Migration at such an early period will also have to explain why the injection of a large new population with a different language did not change the basic nature of the Sindhu-Sarasvati cultural tradition. And where did these people come from?

If one takes ancient India to be effectively zero in population and uses ancient DNA only from regions outside of it, one can “explain” anything about later populations. This is a circular argument that is impossible to sustain in the light of the remembered history of the region.

Ancient bones hide as much as they reveal and they may not be representative of the populations of the region. This is especially true of India where most have traditionally cremated the dead. The samples we have could very much be setting up equations of the kind 2/0 = 3/0.