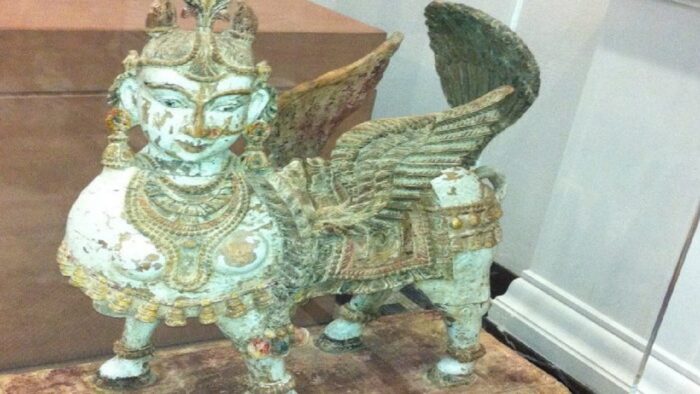 Higher education around the world is facing a crisis. Students are caught between the ever increasing cost of tuition and the permanent loss of jobs due to automation and AI.

Several things are being considered to mitigate the crisis and these include use of technology to reduce the cost of education and creating programs which focus more on principles rather than specific tools that are quickly outdated. It is increasingly accepted that education must focus on methods that give the students the capacity to reinvent themselves by learning required skills on their own to suit the changing demands of the times.

An Indian-culture centered classics curriculum should be dedicated to universal values and principles and in addition to material on literature, philosophy, polity (arthaśāstra as well as earlier texts that speak of checks and balance between the minister and the king), and history. It must include scientific classics. This will help the student get a sense of the historical changes associated with the Indian sciences and understand the relationship of these sciences with other aspects of culture. It will also help the student appreciate the Yoga-Vāsiṣṭha, which should be in the curriculum, for it is, in my view, the greatest novel ever written.

In this article, I focus only on the science component of the classics curriculum because the material on general subjects such as literature and history is well known.

There is general ignorance about India’s scientific tradition. It is granted that Indians had philosophy and religion, medicine, mathematics and the symbol zero, but it is believed that there was little hard science.

Nothing could be farther from the truth. India had many sciences that were based on fundamental principles, axioms, logical inference, and empirical observations. These sciences, in which there is no mention of gods or anything that a modern scientist will consider unreasonable, were generally written down in texts that were called śāstras and sūtras.

A śāstra is a body of teaching ot discipline that is obtained using the instrument (śastra) of logic (śastra can also be an invocation in some contexts). The word sūtra, Sanskrit for thread, is cognate with the Latin sutura (or English, suture), which is the silken thread that was used to hold the seam together after surgery. A sūtra is a pithy representation of a key element of the knowledge basis. Taken in totality, the sutras, along with an appropriate commentary, provide a full representation of the science.

Indians were not only into theory and abstract speculation. Apart from the careful study of motion, vibratory phenomena, acoustics, and transforming power of fire were studied. It was known that lightning bolts had electricity. Magnetism was also known and the Suśruta Saṃhitā speaks of how a loose unbarbed arrow lodged in a wound with a broad mouth can be withdrawn by the use of a magnet. A compass consisting of an iron fish floating in a pan of oil is described. The attraction of a piece of iron to a magnet is mentioned in the epic poem Kumārasambhava by the poet Kālidāsa.

There are accounts of temples with levitating images as in Somnath, which was destroyed by Mahmud of Ghazni in 1025–1026. When the temple fell “the king directed a person to go and feel all around and above it with a spear, which he did but met with no obstacle. One of the attendants then stated his opinion that the canopy was made of loadstone [a magnetized rock], and that the idol was iron and that the ingenious builder had skillfully contrived that the magnet should not exercise a greater force on any one side — hence the idol was suspended in the middle. When two stones were removed from the summit the idol swerved on one side, when more were taken away it inclined still further, until it rested on the ground.”

Physics and the observer

Another classic that must be part of any classics curriculum is the Vaiśeṣika-sūtra (VS) of Kaṇāda. This is physics which includes laws of motion as well as general principles to describe the physical reality.

Kaṇāda in his sutras enumerates real entities irrespective of whether they can be perceived through the sense organs or not. These are the building blocks of Kaṇāda’s world described through their attributes and motion.

The Vaiśeṣika system has categories not only for space-time-matter but also for attributes related to perception of matter. It starts with six categories that are nameable and knowable. Nothing beyond these six fundamentals is necessary, because they are sufficient to describe everything in the universe from concrete matter to the abstract atom. The six categories are: substance, quality, motion, universal, particularity, and inherence.

There are nine classes of substances, some of which are non-atomic, and some atomic. Every substance was taken to be composed of four different kinds of atoms, two of which had mass and two did not.

Kaṇāda in the VS presents laws of motion and two of them almost read identical to Newton’s laws of motion. It also deals with laws and symmetries, atoms and molecules, transformations and evolution.

It is fascinating that the ideas of VS were communicated by Swami Vivekananda to Nikola Tesla in connection with the possibility of conversion of mass into energy.

The curriculum should also have a component devoted to music and drama. Recent research has shown that music lessons improve cognitive skills and even raise the IQ of students. It is regrettable that music education is not compulsory in schools in India and perhaps it could be made a part of the classics curriculum by teaching it while speaking of the Nāṭya Śāstra of Bharata Muni and the Saṅgīta Ratnākara of Śārṅgadeva.

The Nāṭya Śāstra, sometimes called the fifth Veda, classifies the diverse arts that are embodied in the classical Indian concept of the drama, including dance, music, poetics, and general aesthetics. Bharata explains the relationship between the bhāvas, the emotions evoked in the spectators, and the rasa, essence of the performance or the work of art. He says that the artist should be conscious of the bhāva and the rasa that is being sought to be established.

The study of the mind and consciousness take us to the highest reaches of Indian science. While yoga, in its physical aspects, has become very widely known throughout the world, its deeper scientific foundations for consciousness science are less understood. The classics curriculum should include material on this topic, which is a subject of continuing relevance to not only neuroscience, but also physics and philosophy.

This material could be supplemented by a popular presentation of quantum theory in which the observer plays a central role and the interpretation and philosophy of which has many parallels with Vedanta.

Modern (allopathic) medicine has not been particularly successful against chronic diseases and it also faces a reproducibility crisis in its research. Some are now looking for new ways to fashion the treatment to the patient’s specific situation in what has been called personalized medicine.

The Ayurveda system is a holistic approach to treatment and well-being. It is based on empirical evidence and it includes both the physical and the psychological states of the patient. Some material from the Ayurveda classics should be a part of the curriculum.