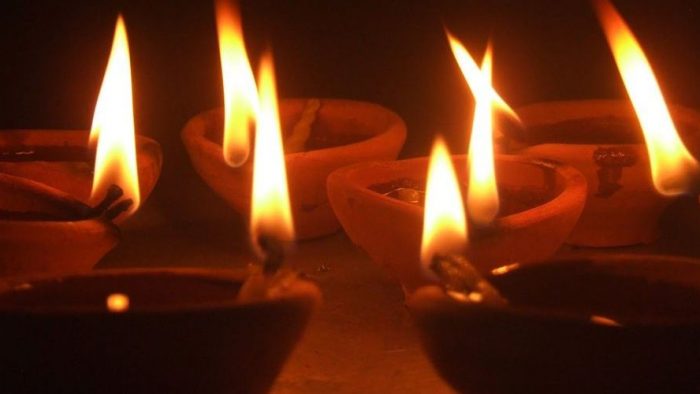 The Radiance of a flame or of the blazing sun confirms the presence of light. Luminosity has both physical and pious expression. The spiritual manifestation of light refers to purity, integrity, lucidity, self-insight and knowledge. The radiance of the Divine and the grace of the unseen are captured in the aura of a flickering flare that heals and harmonizes the body and the soul.

On 5th April 2020, an exceptionally marvelous implementation was conducted on the call of the Nation’s head. The call was made to 1.33 billion Indians and the intent was to make them responsible towards the cause for illumination. The endeavor was to generate a combined accountability towards the eradication of the invisible death causing virus the Covid-19. The aim was to scatter a glow of light in the times of darkness. While the idea of a 9 minutes illumination at 9 pm on the 5th of April had many supporters as well a mass of reluctant citizens who lacked to see any logic in the 9/9 call for national illumination. But the fact remains that an important element of Theology is illumination.

Light nurtures life. The masculine opinion of evolution is symbolized through light. Sun is the biggest celestial blessing that makes the existence of life through the presence of light possible with its much-calculated grace. The celestial light from the Sun, moon and stars has a mention in all religions. While the followers of the Sanatan Dharma pray to the Sun as the creator, Islam glorifies the crescent moon and the stars. In Christianity the sun symbolizes the father of a household, the moon is the mother, and the stars are the children.

In Hinduism illumination of any form represents the end of darkness, remorse and plight. This darkness might be emotional or physical. It also represents the welcoming of the good times and the death of evil is celebrated during the festival of Diwali. The earthen lamp or diya in Hinduism represents the Divine presence. The Diya is also a representation of Brahma the creator, Vishnu the Protector and Shiva the destroyer.

A couplet from “The Ramayana” states

The above can be explained as, in spite of the united glow of the full moon and all the visible stars in a clear sky, the night does not pass and the darkness remains.  The moment the sun rises, the night quickly exits. The light of the sun is such that the darkness cannot remain before it.

Many Christian scholars believe that both the Sun and Christ were said to be born on December 25 and hence the day is celebrated as the Birth Anniversary of Jesus. A traditional Christian Hymn “Give me oil in my lamp” based on the ‘Parable of the Ten Virgins’ beautifully describes the lamp and its wonderful quality of keeping darkness away.

The Old Gospel Prayer above conveys that the oil in the lamp of our lives is the holy spirit of dedication to God and that keeps the lights ignited in our lives allowing us to move ahead.

The uniqueness of Islam and Judaism lies in the fact that there is no shape given to the Faith they carry in Almighty. They do not pray to God in any physical form but as an abstract power that guides and blesses them. Here God is the guiding light. Prophet Muhammad tells his followers that God created angels out of light, that light is the ‘Nur’ of God. These angles assist God in giving luminosity to the creatures who reside in the corporeal world. Light is a name of God, and the Quran tells us that “God is the light of the heavens and the earth” (24:35). It is the Divine light that has been the guiding source of Allah for all his followers.

Muhammad’s Prayer of Light below well conveys the importance of light in Islam.
The Verse of Light

Glass oil lamps with lines from the above verses, suspended by chains from the ceilings can be seen in mosques, madrasas (Quranic schools), khanqahs (hospice) and mausolea.

In Buddhism the fundamental concept is the radiance that is intrinsically associated with the mind. The concept of God is not recognized in Zen and like-minded schools of Buddhism. However, most other Buddhist schools and texts refer to a cosmic Divine Light as a representation of Buddha.

The Dhammapada, dating as far back as the 6th century BC, describes “the sun shines by day and the moon shines by night; continually, day and night, does the luminous Buddha shine.” Another text reveals “The brilliance of Buddha’s light is measureless.” A very famous passage from the Lotus Sutra, written around the 3rd century CE, reads “The Buddha emitted a light from between his eyebrows, manifesting signs that are rarely seen.” The 8th century Buddhism Mahayana text describes the light of Buddha to be “beautiful,” “extremely powerful,” “Incomparable,” of “Infinite splendor” and of “Infinite brilliance.”

The Guru Granth Sahib , the holy book of the Sikhs makes frequent reference to the human encounter with a Divine Light.  Guru Nanak writes “God is “the light of all light.” The light of God Illuminates the land and seas and the lamps of the sun and moon and all their light radiates from Him. God is “pure light” … God’s light is “Infinite,” and God Himself “Is spick and span and all light.” According to Guru Nanak around the Supreme Being, there was gloom and void. God lit up the flame of light and filled this void with His creation. Out of this omnipresent light emerged the four elements of life- Air, Water, Earth and Fire.

The Zoroastrians, an ancient continuous faith, describes its followers as Fire Worshippers, Sun Worshippers and Moon Worshippers. They pray to the heat of ﬁre, the pristine waters, the triumphant sun and the magnificent moon.

Sant Kabir in his writings reveals that first God radiated light and from this light the whole creation evolved.

Thus, the study of some the religious scriptures commonly followed in India, reveals an interesting commonality of Light both in its spiritual and physical form. Prime Minister Modi gracefully requested fellow Indians to light a flame on 5th April at 9 PM for 9 minutes. The Prime Minister united the faith of the nation by that one element – “Light”. The community lighting act was done to gather the perseverance of fellow Indians with the motive to face the unknown with confidence and nerve. The aim was to generate optimism and every individual accountable in the prevention. The 9 minutes illumination action unified the Indians as one, irrespective of their religion, caste, creed and social standing. It was a novel appeal of gathering strength from 130 crore Indians to fight individually and collectively to win a battle caused by the Covid- 19 Pandemic.

A secular democratic nation had taken a step ahead to succeed the vision of defeating the darkness spilled by the Corona Virus toward a radiant life. The Mantra of the illuminating act was and continues to be –

From darkness, lead me to light.