Indic-Uvacha: The Individual And The Community 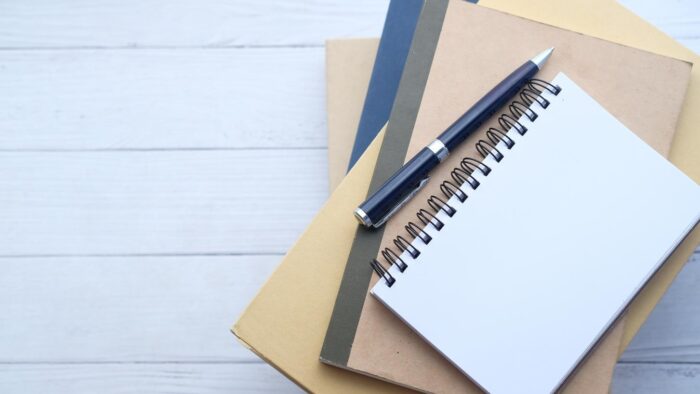 Bharatavarsha is a civilization of communities organized as a complex web. Last week, we spoke of their vibrant and adaptive nature. We shall now explore their inner dynamic, current state and the way forward. Each community has built its own autonomy but in relation to other communities within its geography. The systems of varna, gotra, jati created a complex but harmonious society whose foundation was based on self-enhancement as well as community welfare. The concept of ishta devata, kula devata and grama devata being one such example. Many such unique systems created an exceptional Indic fabric. The Indic fabric has sustained us for a few millennia, both in the material and spiritual spheres. This Community-Individual (CI) relationship has come under severe strain in the last 300 years. Yet, in spite of all the assaults, it is not torn completely. Any future that we envisage for ourselves must factor this enormous truth.

The Indic fabric needs to be restored. We suggest a 3-stepped process. First, we need to understand the specific value that the CI relationship brought to civilization. Secondly, we need an in-depth understanding of what tore this fabric. These factors are still operating with their knives. Third, restoration requires complex re-imagination. There is no easy going back by reading a book.  This process should be led by the Indian Knowledge System (IKS). It must result in models, frameworks, narrative, hypothesis/theories in the Sociological, Economic, Political and Cultural planes. They should find their own applications in the real world such as Public Policy, Intellectual Conversations and Education.

Three factors contributed to the tearing of the Indic fabric. The biggest factor was the dynamic set out by the Industrial Revolution (IR). The IR saw an exponential growth of ability to create wealth which constantly required dynamic movement of manpower and skill. It forced communities, through its excess power, to release themselves from their geographies and contexts, and let their individuals loose to find their shores elsewhere. Tragically, there has never been a permanent shore since then, just an eternal drift. It has only uprooted communities on an enormous scale thereby weakening individuals. The British Colonial Power was both a beneficiary of IR as well as an instrument enabling the process. Would we have absorbed and integrated the Industrial Revolution into our Community framework – without the British Colonial Power? There is no definite answer. However, it is undeniable that this destructive combination helped the British alter the community configuration of Bharatavarsha. The juggernaut of Industrialization continues unabashed, resulting in an exponentially growing but amoebic urban life. Thus, the balance between the community and the individual continues to erode.

Modernity is the second contributing factor to the process of destruction of Indic fabric. It rides over Colonialism and the Industrial Revolution. A plethora of social theories, such as Western Liberalism have evolved as a consequence. Ideologically, Modernity has consistently sought a looser relationship between the ‘Individual’ and the ‘Community’. It considers Individual Liberty as a greater necessity over a thriving Community. In recent times, modern intellectuals like Raghuram Rajan have understood that this overemphasis on the Individual is counterproductive and unsustainable. They have pegged a relatively higher, yet limited, role for the Community. They merely seek a Community that compensates for the imbalance created by the excessive power wielded by the Modern State and the Economy/Market. Community is merely an apology here than a full-fledged sociological entity. There is a third disrupting factor – the Abrahamic thought. It is antithetical to the autonomy of a community. It seeks to homogenize everything into a mass without sufficient agency and is controlled from the top.

The next step is to understand the real impact and the imbalance in the CI relationship. It must be studied from the Indic Lens. (Unfortunately, all studies in this realm come from the Modern Socialism lens which seeks to restructure our communities into Abrahamic forms. That is a sociologically violent process). If we understand what the CI relationship has achieved for us, what is destroyed will be evident. A sense of Security for the Individual, Diversity for the overall life and harmony between Communities are our significant achievements from the CI relationship. At the same time, we have unique achievements in Arts, Science, Philosophy and Technology. Excellence in all these has come from the community life where the Individual could pursue all these in great Security. Our sense of Excellence came from our identity of belonging to a Community and an evolved sense of Fraternity within it. Community is for the Individual and the Individual further strengthens the internal coherence of the society while serving other Communities. The society is organized as interconnected communities with a unique relationship between the Individual and the containing Community.

The CI relationship is the consequence of the Chaturvidha Purushartha-s Philosophy. “If the Individual ought to fulfill one’s needs (Artha) and desires (Kama) in a balanced (Dharma) way, and pursue a parallel journey seeking Moksha, then the Individual is best served by being within a Community” – this seems to be wisdom of the Bharateeya Parampara. The Individual pursues the Purushartha in the security provided by the Community. Thus, Dharma has a unique relationship with Artha and Kama on one dimension and Moksha on the other. This is a shared wisdom across all Philosophies, Pantha-s, Mata-s that evolved over the few millennia starting from the Vedic times.

Like any other society, we have many problems. But we are yet to develop our own understanding of our problems – from an Indic Lens. We have refused to develop a contemporary Indic understanding of it – either in denial or out of lethargy. At other times, with a sense of inferiority, we have outsourced this understanding to Modern agencies. This dual dynamic has been disastrous for the restoration of the CI relationship. This restoration is crucial for our Civilization to take its natural flow. The individual must achieve the Purushartha and the Community must provide a secure umbrella. Civilization must realize a beautiful continuity – the Saatatya.

Our challenges have assumed new and bigger forms. The Industrial Revolution has established a Modern Industry that seeks its own dynamic and sacrifice of the society. Modernity has given rise to a very strong Modern State which does not recognize the Community. We now have an International Ecosystem of Monotheistic World Views which seeks to weaken the Purushartha seeking autonomous communities. The restoration requires a two-fold transformation. We must re-imagine our Traditional Institutions so that they can meet today’s challenges. They have weakened and become inward-looking. On the other hand, we ought to reconfigure all Modern Institutions (evolving from the Modern State), so that they are in harmony with our re-imagined Traditional Institutions. This requires Creative Imagination that cannot be done by any text directly. We need Dharmic innovation – creative application of traditional principles in the new context.

Modern Indic communities participating in this complex journey will find themselves disagreeing with each other. At times, these differences will lead to severe conflicts. We have to evolve a Constructive Discourse through Parishrama and Tapasya which requires us to overcome our Arishadvarga. This is a Yagna. Our success depends on our ability to build a Discourse with all aspiring Indic Communities around us. The destination is very far and the journey complex. We will make it only when we indulge in this with each other respectfully.

The question is – are we going to rise to the occasion.