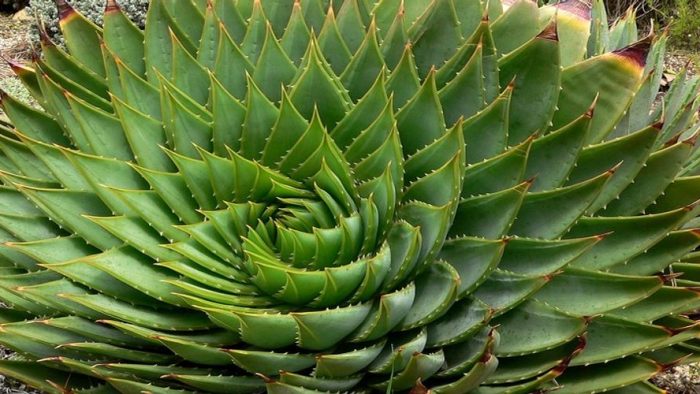 Ancient Indian Mathematical Treasure is a new series of articles by Salil Sawarkar, introducing the rich mathematical heritage of our country. This is the fifth article in the series. Read the first four articles here, here, here and here.

Whence has this word appeared in English? A few have shown the connection of this word with the name of some Arabic text, ‘Al Jebar’ or something similar. But what’s the origin of this text or its name? Recall that in the last article, we talked about one of the greatest mathematical gems, Aryabhata. Note that, the य (y) in Sanskrit gets corrupted and becomes ज (j) in regional languages, for example, योगि-जोगी (yogi-jogi). The र (r) gets corrupted and becomes ल (l) in Sanskrit itself (‘रलयोरभेद:’, says Panini). A study of such corruptions gives us a hint that it could be the Aryabhata or the Aryabhateeya, which became Algebra, in the due course of time. And if you still doubt, let us cast a glance at the contribution of Indians in the field of Algebra. At least it will help you get some ides of the immense knowledge of Algebra, which we had.

Aryabhata also says that the sum of the terms in a given progression is “this average multiplied by the number of terms” (which is obviously true) or the sum equals “the addition of the first and the last terms, multiplied by half the number of terms”. If we add 5 and 17 and then multiply the sum by 5/2, then we do get the answer 55, which is the sum of the numbers in the given progression.

There is a story of the great mathematician Gauss that he had found out the sum of first hundred integers (1 + 2 + 3 + … + 100) in just five minutes, when he was in primary school. Gauss had observed that 1 + 100 = 2 + 99 = … = 50 + 51. So he multiplied 101 by 50 (that is, 100/2) and got the answer 5050. What Gauss had thought matches exactly with what Aryabhata had said thousands of years before Gauss (“the addition of the first and the last terms, multiplied by half the number of terms”)! This author has no intention of defaming Gauss, but it’s surprising and saddening that while many people know the story of Gauss, they have hardly any idea that the various formulae of progressions were given in Aryabhateeya.

To sharpen the intellect, it’s always advisable to try different twisted questions. This practice is being followed here since ages. For example, suppose the first term, the common difference and the sum of all the terms is given, can we find out the number of terms? Aryabhata considers this very problem and provides the required formula in the next verse. According to him,

As before, we will directly write down the formula. If a is the first term, r is the constant ratio and if n is the number of terms, then the sum of such terms is a(rn – 1)/(r – 1). It’s the same formula that is taught in the high school or college level mathematics.

Bhaskaracharya is famous not only for his mathematical ability but also for an interesting style of writing mathematics. It is clearly seen that he had a profound knowledge of poetry and was capable of creating nice verses. Many of his problems are based on lovely ideas and they show his fondness for the beauty around. While many of the today’s mathematicians freely proclaim the prosaic nature of their own subject, this fellow strove hard to make his subject poetic. After the formulae about progressions are described, he asks about the number of samavrutta-s, ardhasamavrutta-s, vishamavrutta-s of a particular Chhanda (meter). Is it not interesting that he brought poetry in mathematics? And this style of Bhaskaracharya is seen everywhere in Leelavati. As we go through the text, we meet peacocks, beetles, elephants, swans, lotuses and even couples involved in love making!!! In a nutshell, Bhaskaracharya exhibited his ability, with ease, as a hard core mathematician as well as a tender hearted poet.