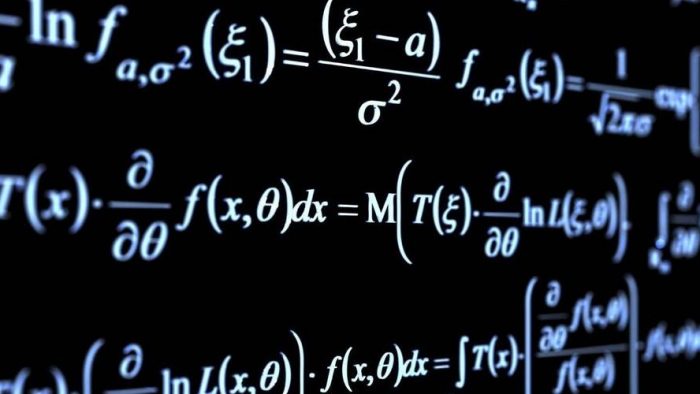 What we have seen in the last six articles? The knowledge that our ancestors had about Arithmetic, Basic Algebra, Basic Geometry and Trigonometry! Usually, a matriculate goes through these branches of mathematics in the school curriculum. The word Calculus appears usually in the college life… and it continues to scare a person, forever! It’s not that Calculus is difficult, but it is different. In some sense, the other branches of math are static, while Calculus is dynamic. The idea of a function appears in Algebra also and in Calculus also. While in Algebra, we find out the value of a function at a point, say p, in Calculus what we do is far different. Many a time, we are not interested in the value of the function at the point p, but the tendency of the function as its argument approaches p. In this sense, I have remarked that Calculus is dynamic. A great Mathematician John von Neumann had made a remark: “Calculus was the first achievement of modern Mathematics and it is difficult to overestimate its importance.” Of course, I can go on talking about this wonderful branch of Maths, but our aim is different. Keeping that in mind, one question naturally arises: “Did our ancestors have an idea of Calculus?” Note that the credit of Calculus is given to Newton and Leibnitz, both great mathematicians of the seventeenth century. They worked independently on different problems, and almost simultaneously developed Calculus. And since then people like Euler, Lagrange, Laplace, Cauchy, Riemann, Lebesgue took it further. So, what should be the answer to our question? Seems negative; but surprisingly, the answer is “YES”. We had an idea of Calculus. A glimpse of this is got in Aryabhata’s work. A clearer picture of the same appears in Bhaskaracharya’s work. More importantly, in Madhava’s infinite series for sin and cos functions, it is very clearly seen!

While studying Calculus, one always encounters infinity in some form or the other. It may appear while a particular quantity, say x, becomes extremely large (in such case, we say that x tends to infinity). Or when this x moves closer and closer to a particular fixed number p, then x takes infinitely many values close to p. Again the infinity shows its face in some form. The point is this that one needs to have some understanding of infinity, while dealing with Calculus! Another point is that if a positive number p is divided by x, and if this x approaches zero, then the quotient p by x tends to infinity. Loosely speaking, “any positive number upon zero is infinity”.

Let us see what Bhaskaracharya wants to say. In his famous book Leelavati, he quotes the following rules about zero.

The rules of addition and subtraction seem to be simple, but the rule of multiplication is worth thinking. In modern mathematics, one needs to prove that any real number multiplied by zero is zero. This statement, although appears obvious, is not actually obvious. So if Bhaskaracharya has written this rule, it’s quite commendable! Observe what is said about division by zero. He has kept the answer as it is. So he had the idea, that there may not be any number which would equal the division of a number by zero. In his book बीजगणित (Beejganaita) he has asked a question, “What is the answer if zero is multiplied by three, zero is divided by three, three is divided by zero?” Here he says that any number divided by zero is खहर (khahar). What could be the meaning of खहर (khahar)? The word ख (kha) stands for universe and the word हर (hara) stands for someone, who is “taking away” something. Did he want to say that this quantity would be so strong that it would be able to do the हरण (harana) of the entire ख (kha)? We can only surmise at present, but the word खहर (khahar) is certainly worth pondering about! Of course, according to modern mathematics, here he has made some mistake, as he goes ahead and says that “a number upon zero, multiplied by zero gives the same number”. This is not acceptable as per the modern mathematics.

He has also asked this: Identify the number, which when divided by zero then added (or subtracted) 10000000, squared and then if its square root is added to it and finally multiplied by 0 gives 90. Mathematically, this means ((x/0 ± 10000000)2 + (x/0))*0 = 90 . In the first quantity x upon zero is extremely large, so the addition or deletion of 10000000 doesn’t make any difference, and so, the equation may also be considered as ((x/0)2 + (x/0))*0 = 90. Here Bhaskaracharya cancels zeros and then considers the equation as x2 + x = 90, and finds an answer as 9, which is correct. Again, note that, according to modern mathematics, he has made a few illegitimate operations here. However, if that zero in the divisor is replaced by, say h, and if we write the limit of the same problem, with h tending to zero, as 90, and ask about x, then one of the answers is certainly 9. And in this sense, Bhaskaracharya was absolutely right. This further suggests that he had some idea of Calculus. Due to some or the other reasons, he could not develop it further.

And even Aryabhata, much before Bhaskaracharya, too shows through his work that he had some idea of Calculus. We have seen in the third article, his attempts to find sin of angles. In one of his research papers, Mathematician Shri. A. A. Krishnaswamy Ayyangar has talked extensively about Aryabhata. He has considered a verse from Aryabhateeya,

This is related to the topic of sin of angles. Krishnaswamy has shown that the verse and the various angles that Aryabhata has considered clearly show the following result in mathematics: d2y/dx2(sin x) = -sin x

That is, the value of the second derivative of sin x with respect to x, equals negative of sin x. The detailed discussion of the same is beyond the scope of this “quick read” article. So we won’t dwell much on this topic. At present, it is sufficient that we take a note of the monumental work of Aryabhata. Again, it’s quite sad that neither Aryabhata took this concept ahead, nor many other Indian mathematicians in the latter period, worked on it. Even Bhaskaracharya seems to have ignored this. But of course, the story of Calculus and Indian mathematicians doesn’t end here.

The author feels sure that everybody recalls that sin 30 equals one half. If asked to prove, then also most of you would be able to recall a certain property of 30-60-90 triangle, which again can be proved by starting with an equilateral triangle. So, we have some nice properties of 30-60-90 triangle. Similarly, we have some properties of 45-45-90 triangle; and as a result of which, we are able to write the values of trigonometric functions for the angles 30, 45 and 60 degrees. But how to find the value of sin 29? We don’t have any property of 29-61-90 triangle. You might suggest: “Use calculator, or Google it”. But how on earth, do these know the true answers?

The answer to the last question lies in the concept known as Infinite Series. Roughly speaking, it is made up of “addition of infinitely many terms”. In modern mathematics, such series for various functions are available, using which finding out the values of functions at any given point becomes possible. Just to give you some more idea, let us see the series of sin function: x – x3/3! + x5/5! – x7/7! + x9/9! – x11/11! …

The exclamatory sign that is appearing here is a mathematical symbol. It stands for the product of all positive integers up to the number, which precedes it. For example, 7! = 7×6×5×4×3×2×1 = 5040. The author hopes that the reader will kindly excuse him, for all this enormous and heavy mathematics. Note that one cannot just stumble upon such an infinite series, by accident. Getting this series demands a lot of understanding in calculus, with the operation of “limit”, used carefully, again and again! And now see this fact that an Indian mathematician ‘Madhava’ (from Kerala) had invented such series (for sin as well as cos), in the fourteenth century, much before Newton and Leibnitz were even born.

In the last article, we talked about Brahmagupta and his Brahmasphutsiddhanta. He has mentioned a method, what now is called “method of interpolation”. This would mean, finding an approximate value of a function at, say c, where c lies between a and b, at which the exact values of the function are known. Using his own method and certain known values of sin of some angles, Brahmagupta too had calculated approximate values of sin of various angles.

Thus, we observe that many concepts of modern mathematics were touched upon by our ancestors. Due to certain reasons, best known to history, they did not delve further and so could not develop the subject to the extent, which was possible for them. However, whatever little that we saw is sufficient to throw light on their mathematical maturity. While concluding, one may also keep in mind that this maturity is visible in various other fields also, such as astronomy, civil engineering, architecture and even the art of sculpting too.