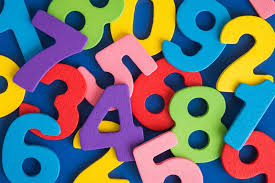 (Ancient Indian Mathematical Treasure is a new series of articles by Salil Sawarkar, introducing the rich mathematical heritage of our country. This is the second article in the series. Read the first article here.)

What could be the sign of a progressive or progressed society? Seems to be a difficult question; for, there could be various possible answers to it! One would try to connect it with the prevalence of the humane-nature in the society, or with the compassion towards the downtrodden people, or may be with a very straight forward and ‘survival of the fittest’ approach!

However, if we restrict ourselves to only technological advances, then it’s clear that a deeper know-how about various sciences is a mark of an advanced society! And then, as pointed out by many educationalists, without mathematics, true progress in science is almost impossible!

It’s not aimed at this point to point out the faults of others, but then one cannot overlook the fact that a technologically advanced Europe of today, was faltering in dark, like anything, even three to four hundred years back; while India was, almost certainly, sitting at the top! What could be the reason of the scientific leaps and bounds that Indians were capable of taking?

A scientific thought or dream comes into reality, only when it is supported by a strong mathematical background! It’s almost a cinch that the human being, throughout the globe, was curious about a lot of different incidences happening around. Be it the usual sunrise and sunset, or the luminous sky in the night, or the occasional occurrences of earthquakes, conflagrations and comets! But the lack of mathematical knowledge kept him in the dark, just guessing or wondering and finally attributing everything to supreme powers. The clear understanding of math put Indians ahead of several other cultures.

Numbers form a very basic object in mathematics, and Indians had a clear idea about the numbers. It so happens that we learn numbers and various operations on them at an early stage and master those in due course of time! By the time, we are grown up or matured, we accept numbers to such an extent, that we never wonder that such an abstract object was ever discovered!

Identifying something as 1, something not equal to 1, and identifying even nothing was truly a mark of wisdom! Indians not only discovered numbers, they were clearly able to understand the ‘number’ of certain quantities, either existing or imaginary. This fact is visible through the various terms or words used for various numbers. One would clearly see the resemblance between the mathematical meaning of the associated numbers, and the general meaning of the terms. It’s quite amusing to go through these examples.

For the number 1, we find the words like चन्द्र (Chandra), सोम (Soma), शशाङ्क (Shashanka), and so on! All these words are synonyms of moon. At the same time, the words like भू (Bhoo), भूमि (Bhoomi), मही (Mahee) too are used for 1, which are synonyms of earth. So when we were thoroughly aware that such and such object was unique, we freely used those words for describing number 1. Words like परब्रह्म (Parabrahma) or उच्चै:श्रवस् (Uchchai:shravas) were also used for the same purpose. It’s interesting to note that earth and moon were (and are) existing objects, while Parabrahma and Uchchaihshravas were (probably) imaginary ones!

For the number 2, they had obvious choices all over the human body, as we are having two hands, two eyes, two ears, for years! They did not hesitate using कर (Kara), बाहु (Baahu), नयन (Nayana), कर्ण (Ear) for describing two. At the same time, अश्विन (Ashwin), and अयन (Ayana), (which stands for movement), were also used.

We have already discussed about the famous ‘zero’ of Indians, in the first article. As we go through the Sanskrit texts, we find the words like पूर्ण (Poorna), ख (Kha), आकाश (Aakaasha), गगन (Gagana) for describing zero. May be our ancestors were trying to say that, this whole universe is just a zero! Of course, this is just a surmise. Let the philosophers throw more light on it.

The decimal system is truly the boon from us! But what could be the reason for using ten as the basis? There is hardly any great property associated with ten. Pythagoras used to regard ten as a divine number, for it equals the addition of first four integers (10 = 1 + 2 + 3 + 4). However, Pythagoras and his disciples strongly believed in the mystical powers of the numbers and the mathematics itself.

It is said that one of the disciples of Pythagoras met with a stern punishment, just because he asked the exact value of √2. This number could not be written as the ratio of two integers, and it was unbelievable for Pythagoras. He felt that some evil object has been brought into our pure or divine world.

The point is that, we need not concern about the beliefs of such superstitions. The importance of ten in our culture should never be confused with the Greek scholars’ blind faith. It is suggested by many scholars of today, that the reason for selecting the base as ten, lies in the fact that we have (or have been having) ten fingers to our hands, and while counting, we have been taking the help of our fingers. And now observe that the word अङ्‍गुल (Angula) was being used for describing the word ten! It is also used for describing the number twenty, the reason of which is, now, obvious!

A list of all such words is interesting to read, although it is beyond the scope of this article. So we won’t dwell much on all that terminology, but would like to mention that while going through Sanskrit verses, if these meanings are not taken into consideration, then a verse may get a completely different meaning or, at times, may become a completely meaningless sequence of words.

As an example, let us see what Bhaskaracharya says about his birth year.

This suggests that when the year was like ‘rasa-guna-poorna-mahee’, he was born. But what could be the meaning of rasa-guna-poorna-mahee? It was assumed that there were six basic culinary rasas. So rasa should stand for 6. Likewise, three guna-s were assumed, and so guna should stand for 3. As seen already, poorna means zero, and mahee means 1. So we get the year as 6301.

As one goes deeper and deeper through various Sanskrit verses, one finds even more surprises. There is a famous subhashita about the Sun, which reads as follows:

Why the chariot of sun has/d seven horses and one wheel? Was it so that the poet was somehow trying to convey that one white colour can be decomposed into seven colours? Or that the seven colours together create one white colour? Why the reins were made up of snakes? Observe the movement of a snake. It’s always wavy. Was it so that the wavy nature of light was being showcased, through the movement of snake? Is it so that we had such ideas? Or is it merely a coincidence? If so, then it’s an interesting one!

Almost everybody has some knowledge of ‘Soorya-Namaskaara’. While performing these, people utter, “ओम् ‍आदित्याय नम: …” (Om Adityaaya namah…) and so on. Soorya-Namaskaara may be regarded as a kind of physical activity, but then why do we consider exactly twelve names?

Actually, in Sanskrit literature there are many more names for the Sun. Amarkosha gives as many as 37 names for the sun, including the popular ones like सूर्य (Soorya), आदित्य (Aaditya), भास्कर (Bhaaskara), रवि (Ravi) and the uncommon ones, like ब्रध्न (Bradhna), द्‍युमणि (Dyumani), विकर्तन (Vikartana) etc. One might argue that there are only twelve Namaskaara-s and so we consider 12 names of sun! But, was it that the number 12 had some association with 12 months?

The elder brother of Ganapati is known as Kaartikeya, for his mothers were Kruttikas! He was also known as षाण्मातुर (Shanmatura), that is, the one having six mothers. From where the number six has sprung? Forget about the myths, and search for an opportunity to observe sky. Do observe the Kruttikaa Nakshatra. You will clearly see six stars!

Actually this third constellation is composed of several stars, but when we look at it, the six stars in the front (forming a hexagon) are distinctly seen. This suggests that Indians were not only mathematicians, but also were keen sky observers, were able to count clearly, and would then preserve the knowledge in different forms.

Writing numbers using altogether different names or terms helped them create verses, which were easy to learn by heart! Mathematicians and intellectuals of the ancient times also probably realised that a curious mind develops in to a scientific mind. Hence, encryption of information or usage of metaphors was adopted so that it increased the logical reasoning abilities of the brain. There is also a reason that through this way, they were able to keep the knowledge encrypted and use it as a kind of an eligibility criteria for students.