Women in Sabarimala: An Excursion Into Dharma 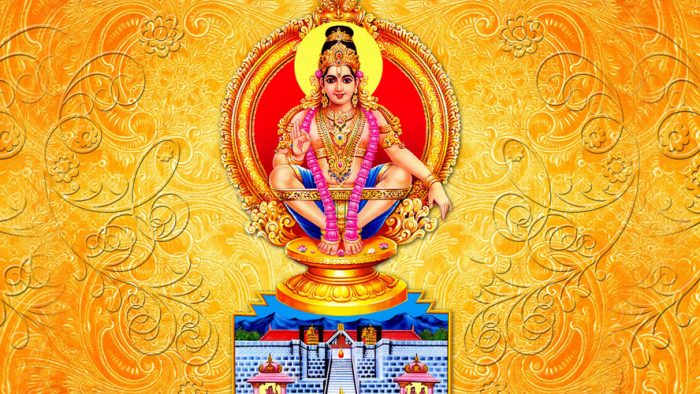 It is often argued that restrictive rules, in terms of temple entry or offering worship at one, impinge upon the “right to participate in the religion” of those who are thus restricted. This stems from a fundamental misunderstanding of participation as intrinsically a positive act.

What is meant by a “positive act”? Most of us see would see participation as actually (and thus, positively) doing acts one generally does in a religious setting: such as entering a temple or performing a particular ritual.

However, this is not a realistic understanding of our dharma or any religion for that matter. A full participation in the religion entails not only performing duties, whether obligatory or out of your own volition, but also not doing what is prohibited. Negative acts such as abstaining from meat and alcohol on vrata/upavasa days or removing footwear before entering a temple are also instances of religious participation.

This aspect of Dharma can be understood when one reads our texts. Yama(restraint) is one of the eight components of Ashtanga Yoga. Various types of vratas are a part of popular dharma as encapsulated in the Puranas & other sources. Yamunacharya, the great Shrivaishnava Acharya, holds in his Agamapramanya that in truth, nobody is fully prohibited from the Shruthi since it has general, restrictive injunctions like abstaining from violence towards our fellow creatures which every human is qualified to follow.

Similarly, when a woman identified as having reproductive capabilities (for practical purposes, identified as belong to the 10-50 age group), accepts the restriction pertaining to Sabarimala with devotion, she is fully participating in the religion and in the worship of the deity. This “negative” participation by no means less profound and meaningful than the direct, “positive” participation of the men and women of the allowed age groups. One such example of such a participation can be seen in this wonderful music video here: https://t.co/8xDrA2wIHM 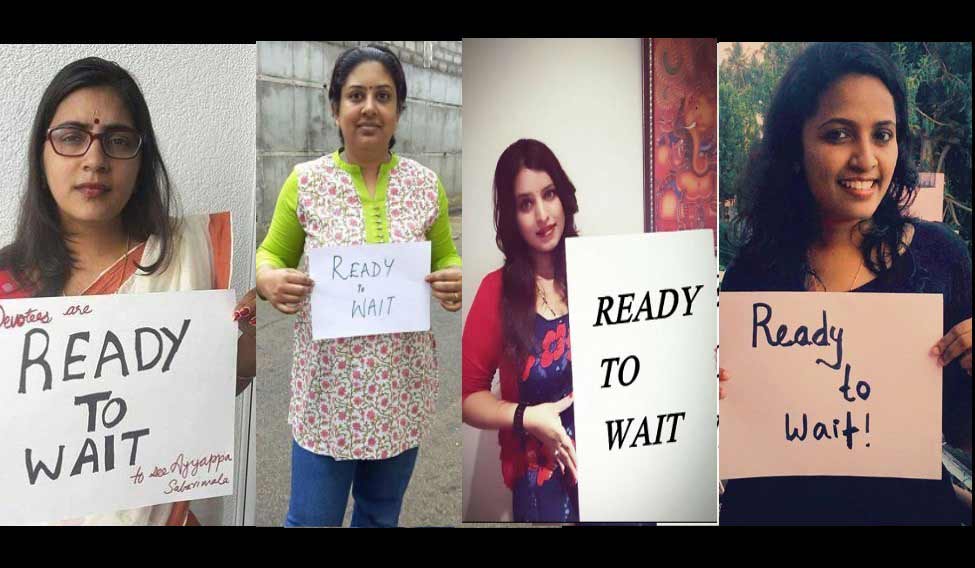 The crux of the matter is that within any system, it’s followers truly participate in it only by adhering to both the positive obligations and negative injunctions (prohibitions) which define the very unique essence and identity of that system.This is not uniquely applicable to Hindu sects but will apply to any belief-practice system defined as a religion. Complete participation in a religion is possible only by observing the dietary, sexual or other restrictions laid down therein.

At this point, one may raise the argument that the restrictions in the case of Sabarimala are not left to the conscience of the worshiper but enforced and thus, this would impinge upon the freedom of the individual worshiper to practice the religion as he or she sees fit. The only real & truly honest response to this argument is that the temple is essentially the residence of the deity, who is also the owner of the temple & is entitled to an absolute enjoyment of this property, as amply indicated by terms such as devasvam, devagrha, etc.

But, wait? A deity is no “real person”. How can He/She enjoy this property? Well, if the law can recognize the personhood of a body corporate (a company), it’s right to own property & transact in it’s own name, nothing ought to prevent a similar recognition in the case of temples.

There is a long, historical precedent (from both texts & inscriptions) allowing the recognition of a deity’s legal personhood, full ownership of its residence (& other properties) & freedom to decide how the residence ought to be accessed or enjoyed by other persons.

What is the charter in accordance with which the deity’s will is executed & implemented by the priests and/or management (who are both, verily, the deity’s trustees)? The Agamas or relevant Tantras or Paddhatis(customs) known to govern the temple from very inception or simply known as the last remembered usage.

One rather foolish argument that comes up here time and again is that Shri Dharmashasta in his form as Ayyappa observing naisthika brahmacharya is not sensible as it suggests that Ayyappa is “unable to see his women devotees in the 10-50 age group as sisters or mothers”. This is a fine symptom of the Dharmic illiteracy that has become so widespread in our times.

It must be understood that the Gods both permeate and transcend the mundane realm. They do not “eat offerings” or “observe brahmacharya” in the same way mortals do. The mythos and rituals associated with a particular temple are not meant to be read as physical realities and anthropomorphic qualities are not be superimposed on the deity. Rituals and myths are a refuge from the dreariness of the material space. 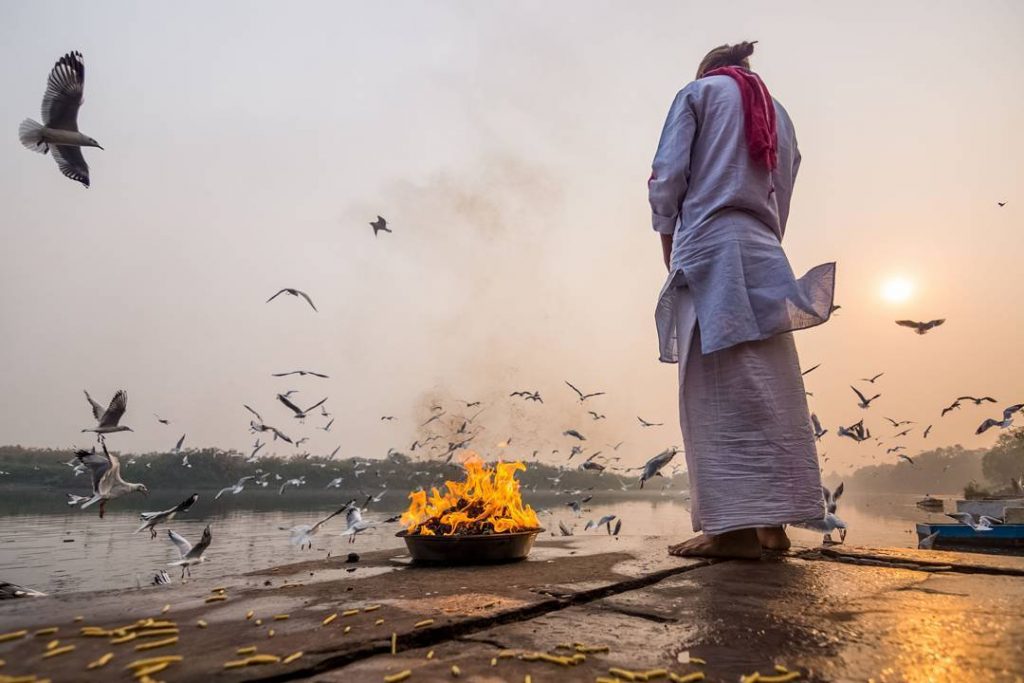 This is the essence of our ritual spaces but those who examine Dharma from the  lenses of Abrahamic religions are unable to fathom the importance of the rituals and its effect on the diety as well as the sadhak.  The deity’s nature (in Southern Agamika & Tantrika temples, this is based on the mantras installed in the deity’s icon/vigraha), location of the shrine, nature of rituals done, type of priesthood, food and flower offerings made to the deity, the people who visit the temple, colors of garments worn by the deity, priests & devotees & many other factors all have to cohere with one another as far as possible.

All these factors come together to create a coherent “ritual reality”, which is the ultimate fruit a sincere worshiper truly yearns for. The deity’s presence becomes fully manifest and becomes a source of blessings for the worshipers and their families. Different Agamas and Tantras have their own versions of the “ritual reality” or “ritual universe” which they are asking the priests and others to enact on this earth.

Here is one example of this logic of ritual coherence: The Shaiva Agama, Kamikagama states that the fierce forms of both Shiva & Vishnu should be installed at village/town outskirts & not in the interior. Why so??

This choice of location (outskirts) matches with deity’s fierce nature, as that which is fierce and potentially dangerous must naturally be away from the dwellings of men. So, in the cases of temples & towns planned/designed in accordance with Kamikagama, this will be the rule.

The idea of ritual coherence operates at Sabarimala too. The mantras installed in that Ayyappa Murti in times of yore embody the naisthika brahmacaryatvam (permanent celibacy) intrinsic to that deity. This is the essential nature of the deity; his “essential ritual reality”.

The “ritual reality” of a temple is harmed or even destroyed when the stipulated rules in place are not respected. In this case, the relevant rule would be the prohibition on the entry of women in their fertile years. Such an entry disrupts the “ritual reality” the temple seeks to manifest in this world. The concepts of “ritual reality” & “ritual coherence” lie behind our idea of “ritual space”. What may be appropriate in one sacred space may be completely inappropriate for another.

Here is another example from the Shaivagamas pertaining to the rudrakanyas. These young, pious virgin girls devoted to Shiva perform dances for Him and are even invited, along with the priests and the king to be the very first recipients of the divine glance of a newly consecrated Shiva!

This would not be the case for the ritual space of Ayyappa. The women would have to wait till they cross their reproductive age, before seeking to visit Him.

This is nothing to do with Ayyappa’s “mind” as some people wrongly understand. Nothing can upset or agitate the mind of a transcendental being. But when the same transcendental being is installed in an icon with mantra-s, etc, certain formalities come into effect.  Our temples, particularly the ones following the Agamika and Tantrika systems, are sacred powerhouses that purify and transform the world, one small area at a time. The reality of our deities behind these rituals themselves may be beyond our powers of reason and sensory perception but there is nonetheless a rich meaning and profound rationale behind them if we are willing to be humble and learn.

This article first appeared in the form of a twitter thread and has been reproduced with editorial changes here with permission from the author.