Where There is Krishna, There is Victory 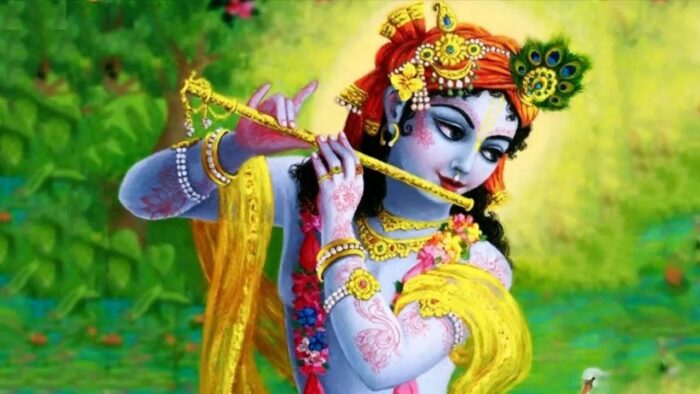 In an earlier article, I looked at the thirteen occurrences of the words, यतो धर्मस्ततो जयः (where there is dharma, there is victory) in the Mahabharata, using the Critical Edition as my reference. These words are spoken by Arjuna, Dhritarashtra, Drona, Gandhari, Karna, Krishna, and Sanjaya.

These words are also the emblem of the Supreme Court of India. The first time these words are spoken in the epic is in the Udyoga Parva, by Dhritarashtra, and the last time by Bhishma, in the Anushasana Parva, just before he takes Krishna’s permission to depart for heaven.

So, that led me to another search, of another set of words – यतः कृष्णस्ततो जयः (where there is Krishna, there is victory). These words, in this order, are said six times in the Mahabharata (going by the Critical Edition) – thrice in the Bhishma Parva (all in the Bhagavada Gita Parva, though not in the actual Bhagavada Gita), and once each in the Adi (Viduragamana), Udyoga (Yana-Sandhi), and Shalya Parvas (Gada-Yuddha).

Dasharha was a famous king in the Yadu lineage, and thus Krishna and the Yadavas are also sometimes referred to as Dasharhas.

Dhritarashtra was surely one of the luckiest characters in the Mahabharata. He got to witness Krishna’s Viraat form, hear the Bhagavada Gita via Sanjay, and Vidura’s words of advice were never far from him.

Time and again, Vidura offered the most sagacious advice a king could hope for. Dhritarashtra doggedly refused to heed his advice and give back the Pandavas half the kingdom, which was their right as per the conditions agreed to at the second game of dice.

In the Viduragaman Parva (part of Adi Parva), we learn that Dhritarashtra’s spies brought him word that the Pandavas had succeeded in Droupadi’s Swayamvara. Not only had the Pandavas survived the conspiracy of Varanavata, but also they now had the powerful king, Drupada, as a relative and ally.

The thirteen years of exile were over. The Pandavas wanted their kingdom back, and Dhritarashtra didn’t want to give it back. He sent Sanjaya to Upaplavya. Sanjaya returned late at night and briefly berated the king, sending the king into a state of disquiet, leading to the Vidura Niti.

“O king! Know that it is for this reason that our victory in this battle is certain. Narada has said that where there is Krishna, victory is there.”

The war was about to begin, the armies of the Kurus had arrayed themselves on the battlefield of Kurukshetra. Yes, we know the Bhagavada Gita is about to begin, Arjuna is about to experience the pangs of doubts and the wisdom of killing one’s elders and relatives, but before that, it was the turn of Yudhishthira to doubt their ability to win against an army led by Bhishma, who had formed an impenetrable formation.

Sanjay described the battlefield and Yudhishthira’s distress to Dhritarashtra. Yudhishthira approached Arjuna with his doubts. Arjuna at this point was still resolute and certain of their chances of victory. He comforted his brother by telling him what Brahma had once told Indra, that “Narada has said that where there is Krishna, victory is there.”

“Govinda is infinite in his energy. He is without pain even amidst a multitude of enemies. He is the eternal being. Where there is Krishna, victory is there.”

In the same conversation, two shlokas later, we get the same message from Arjuna to Yudhishthira.

The war had still not begun, though by now Sri Krishna had delivered the Bhagavad Gita to Arjuna. At the very start of the next Parva, the Bhishma Vadha Parva (which is nearly four-thousand Shlokas long), Yudhishthira removed his armour, set down his weapons, got down from his chariot, and approached the Kuru warriors.

This led to great consternation among the Pandava army and much derision from Duryodhana, but Yudhishthira had come to take blessings and permission to engage in battle from Bhishma, Drona, and Kripa. Bhishma told Yudhishthira that with Krishna on their side, victory was certain – “Where there is dharma, Krishna is there. Where there is Krishna, victory is there.”

The war was over, the Pandavas emerged victoriously, and they all entered the Kaurava camp, which was desolate and bereft of its former glory. Here Yudhishthira thanked Krishna for ensuring their victory in the battle and recalling Krishna Dvaipayana’s words, told Krishna what the sage had told him – that where there was dharma, Krishna was there, and where there was Krishna, there was a victory.

Sanjaya’s words declared in the assembly hall of the Kurus, had fallen on deaf words.