Shri Ram : An Embodiment of Dharm 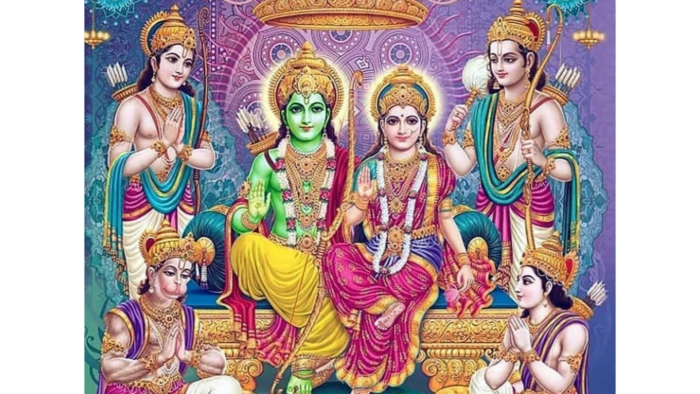 Shri Ram is a benevolent incarnation of the supreme entity Vishnu who is chivalrous and valorus but always gentle and caring, compassionate towards the weak and the vulnerable and magnanimous towards the enemy even when he chastises them for what is wrong. Ram’s life is more complex; as, in the battle between the good and evil, where there is a clear distinction between the immortal powerful Gods or heroes and the mortal struggling humans while on the other side in Indian tradition; particularly Ram, the story is about a divine human; an immortal God, incorporating both into the exemplar being who transcends both being a human and a God.

As a person, Ram personifies the characteristics of being an ideal human being. Portrayed within him are all the desirable virtues that any individual would aspire to have and he fulfills all his moral obligations and therefore he is considered as “Maryada Purushottam” – the one who is best among the upholders of Dharm. The period when Vishnu was incarnated as Shri Ram was “Dwapar Yug”, the Yug after “Satyug” – the ideal period when Vedic Dharm survived in its most superior condition. Shri Ram incarnated and fulfilled the need to preach that very Dharm as stated in the treatises of Ved and Smruti. The views of Shri Ram and his beingness represented him as a combination of reason with emotions to create a ‘thinking heart’s’ approach towards life and duties.

Vedic proposition of life aims on particularly four perspectives to be fulfilled which are: ‘Dharm’ – Duties as explained in scriptures, ‘Arth’ – legitimate acquisition of wealth, ‘Kaam’ – fulfillment of desires and ‘Moksh’ – liberation. An ideal human being is supposed to fulfill all these perspectives of Dharm as without anyone of these being acquired, human life and the idea behind the same remain incomplete. Shri Ram portrayed himself as being an embodiment of Dharm by fulfilling all these four perspectives towards life which have been characterised in Ramayan – an inspiring and most read text among Sanaatan Hindu community since ages. In spite of being a prince, Shri Ram accepted the promise made by his father which seems unreasonable on prima facie but which ultimately fulfilled his Dharm of a son. Dasaratha, his father, was deeply distraught by the unreasonable demand of his wife, but he was unable to refuse her as keeping one’s vow is deemed as one of the highest moral achievements. Similarly, it is a part of Ram’s virtue to be obedient and unquestioning of his parents. He accepted his father’s decision and accompanied by his wife Sita and brother Lakshman, he abandoned Ayodhya, much to the grief of its inhabitants.

Ram himself portraying Dharm accompanied with all the major companions of his life have been represented themselves being an ideal family following Dharm as Sita being a wife fulfilled her duty, Lakshman being a brother accompanied his elder brother and remained protective towards him throughout his journey while Sugreev remained Shri Ram’s companion as a loyal friend and Hanuman is portrayed as being the superior most devotee of Shri Ram, who he identified as a supreme entity.

Nobility is always a defining quality of the hero. Ram’s actions were severe and punishing or gentle as per the demand of the situation. Hence even as he faced the mighty Ravan in battle, Ram did not lose sight of the highest ideals. Though valiant and brave, Ravan couldn’t match the prowess of Ram who sorely wounded him in battle, breaking his golden crown and chariot. Thus deprived of every weapon, he stood helpless before Ram. Ram addressed him: “You may go now, You have fought well today. Go away and rest and come back tomorrow, refreshed and with weapons.” This was the perfect opportunity for him to slay Ravan, but it also would have been a conduct against the Dharm being a true warrior. Harming an unarmed opponent was not considered an act of courage by the truly brave. In a second and decisive battle between these two titans the evil one was slain. All his kin having been killed earlier, it fell on his surviving brother Vibhishana to perform his last rites. Vibhishana had crossed over to Ram’s side before the war began, recognizing correctly that his brother was wrong. Vibhishana was reluctant to perform Ravana’s funeral rites recalling his evil deeds. It was at this moment that Ram made one of the most profound statements to emanate from the Ramayana. He said: “Ravana fought like a true warrior and fell fighting like a hero! Death has washed away all his sins. Ravana has entered heaven. It is for you now, his brother, to do the rites. Even I, his former foe, can rightly perform his obsequies. Your brother is my brother too, is he not?”

Ravan had carried away Sita, Rama’s beloved wife, whom Ram valued more than his own life. Now after having vanquished the evil doer and having clinched victory, there remained in Ram’s heart no residual hard feelings. Ravan’s death had relieved him from the demerits of the heinous crime he had committed by carrying away the wife of another. But even then, his mission accomplished, Ram had nothing but tenderness in his heart for the fallen villain. This civilized behavior is worthy of emulation by parties engaged in modern warfare where, not content with the annihilation of the enemy, a perverse pleasure is often relished in the mutation and disfigurement of the foe. Ram’s enmity ended with Ravan’s death. His enemy was with Ravan’s evil deeds and not with Ravan personally. He bore no personal animosity to the dead warrior but only followed the path of just and righteous Karm by inflicting upon the erring individual the punishment due to him.

Present in Ramayana is the twin theme of love opposed generally considered as indifferent to the concept of Dharma as some commentators have developed such an overview. This is the love Ravan felt for Sita and which prompted him to abduct this chaste lady. He coveted the wife of another, which was deemed a sin. She was far away from any of her sympathizers, and was but a prisoner in his kingdom on which he held an authoritative and unquestionable sway. Ravan was obsessed with the idea of generating in her heart an inkling of love for him. A fat chance he had. With her commitment to her Lord adamantine and devoted as always; Sita even during periods of extreme tribulations, never for a moment let any other man enter her thoughts other than Rama. There are also other interpretations of the love story of Rama and Sita. In one such insight Sita is accepted to be the female counterpart of the Highest Being, an embodiment of compassion and grace. Compassion is the Supreme Mother who rests enthroned in the heart of the Lord. When she casts her merciful glance on us, we reach the feet of god. Parvati’s function in relation to Shiva and Lakshmi’s in relation to Vishnu are both identical, and are thought to point to the same truth namely that God as father and God as mother are not distinct. Indeed if the Lord were to be parted from his compassion, our plight would be like that of Ravana, who separated Sita from her Lord Ram.

Ram sought out his wife with unmatched zeal and single-minded purpose. He who loved her like life itself bore the agony of separation for a year and later on forever. Unable to reconcile himself to his loss he wandered in the forest like a man possessed in spite of being aware regarding the future happenings destined or as pre-decided by himself. Accompanied only by his faithful brother Lakshman he fought a deadly battle where thousands lost their lives, all to regain his faithful wife Sita. Yet, finally having vanquished Ravana, did he rush out to embrace Sita? Or make haste to utter sweet words of love into her ears? The answer is no. Rather this is what he said to her: “It was not for mere attachment to you that I waged this grim battle but only in the discharge of the duty.” This supreme display of detached attachment was worthy for Ram, idolized as the ideal man who claimed that it was not mere love that he fought for; but his duty as a Kshatriya. Being an embodiment of Dharm, it was his passion to protect and serve Dharm considering it as a highest virtue and purpose of life for which at the end both Ram and Sita sacrificed their divine love; though wrongly but for the sake of citizens of Ayodhya who considered Sita to be impure.

Never losing sight of his eventual purpose he nevertheless was not overly attached to the result. On a practical level too this is a sensible strategy, considering that any decision we take during the course of our lives affects not ourselves but also those in our immediate environment. A healthy detachment is thus beneficial, nay essential for those who wish to take a comprehensive view of a situation. Too much obsession with the result of a particular undertaking sows the seeds of selfishness in our minds, blinding us to the interest of those near to us. If Ram, understandably tense at the loss of Sita, who he loved more than life itself, had focused solely on the final retrieval of his wife, could he have applied the concentration required of a war strategist? The answer is no. Burdened by the import and weight of the result, he wouldn’t have been able to take the risks necessary to win any war. This is true as much as for the epic battle fought between Ram and Ravan, as it is for achieving success in any venture in life.

Along with he being in the incarnation of a human being, he successfully managed his duties towards his devotees including Shabri, Ahilya and Hanuman where he left out the idea of being human, but rather showed his devotees his compassion and grace, which has inspired centuries of devotion to him as a deity. This very characterisation of Ram deplores the idea of considering him as a mere mortal human being and establishes him as a supreme God who protected Dharm and his devotees.

Thus, the character of Ram emphasises through his thoughts and doings a union of self-consciousness and action to create the ethics of character. This iconography behind the characterisation of Ram is visible in his own words where he says – “A superior being does not render evil for evil, this is the maxim one should observe; the ornament of a virtuous person is his conduct. A noble soul will never exercise compassion towards those who enjoy injuring others.” (Ramayan.6-115) Thus, the entire life story of Ram, Sita and their companions allegorically discusses duties, rights and social responsibilities of an individual which are illustrated by the God himself who is the preacher, propagator and follower of Dharm and Dharmic living which ultimately places the balanced form of Dharm in front of the human race which would be surviving eternally in our hearts, conducts and beliefs. 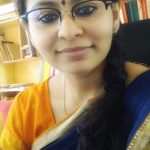