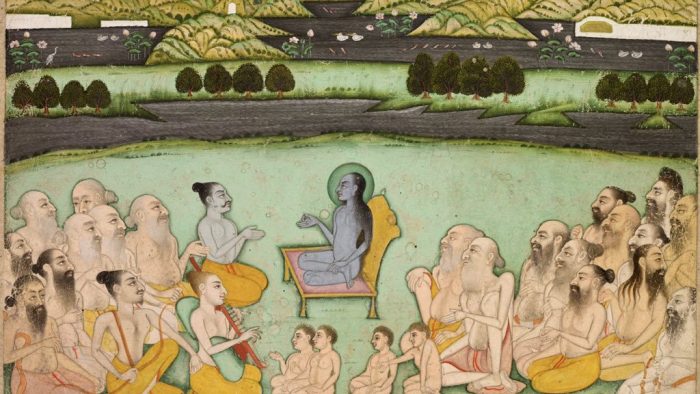 The attainment of Mukti by Sage Shuka is one of the most sacred events in the Bharateeya tradition. Very few accounts of attainment are written in that elaboration and fewer recounted with such affection and sacredness in the living memory. It is referred to in multiple texts of the tradition – partly because of Vyasa’s importance and partly because of Shuka’s greatness. In part, it can be attributed to the reference being in Mahabharata itself. But none of this explains the extent to which it is so elaborate in Mahabharata. Shuka’s journey represents a path a gradual evolution that one must minimally go through, even if one is born ready. Every step in the journey is a pearl that ornaments the entire attainment of Paramapadavi and represents its sheer beauty. In addition, the journey holds great insight into human life. It portrays what Sage Vyasa goes through in the process. One may have organized the entire Vedic corpus for all the future, but when it comes to the supreme journey one is not above worldly attachments.

After Sage Vyasa left for the Devaganga, Maharshi Narada arrived at the Ashram again. He advised Shuka on what is the final and essential good for a man that one must strive for. He narrated what Sage Sanatkumara once recounted to other sages. He explained how the fruits of a Karma were not easy to determine – it varied with time, place, and context. Within a single situation, fruits were different for different people. One must stop expecting fruits of any Karma performed for a divine life. Shuka was now fully determined. It was the renunciation and absolute renunciation of everything for him – he sought that alone and nothing else. His only aim now remained to be one with that Absolute and Eternal.

Sage Shuka ordained himself to adopt the divine path of Yoga to first enter the Vayu Mandala and then the Surya Mandala. The Chandra Mandala, though, beautiful grew and diminished every fortnight, its brightness was a mere reflection of the brightness from Surya. Eternity was what Shuka sought. He sought to enter Surya’s divine brightness that graced the entire universe. He proceeded to seek permission from the Trees, Mountains, Hills, Mother Earth, the 10 Directions, Svargaloka, Manavas, Devas, Danavas, Pishachas, and everybody else to proceed on his final journey. Upon his return from Devaganga, Shuka met his father Vyasa. He touched his feet and sought his permission to proceed for his final journey. Vyasa was pleased. At the same time, he was overwhelmed with emotion. He said “Shuka, Shuka, please wait for a while. I shall have a final look of you – just enough so that my eyes are pleased forever”. The enormity of the Shuka’s departure struck Vyasa in the final moments. He seemed not ready yet, even though he knew the destiny of his son right from his birth. Shuka, though, had moved beyond all relationships and strings. He quietly walked away as though that was the natural. 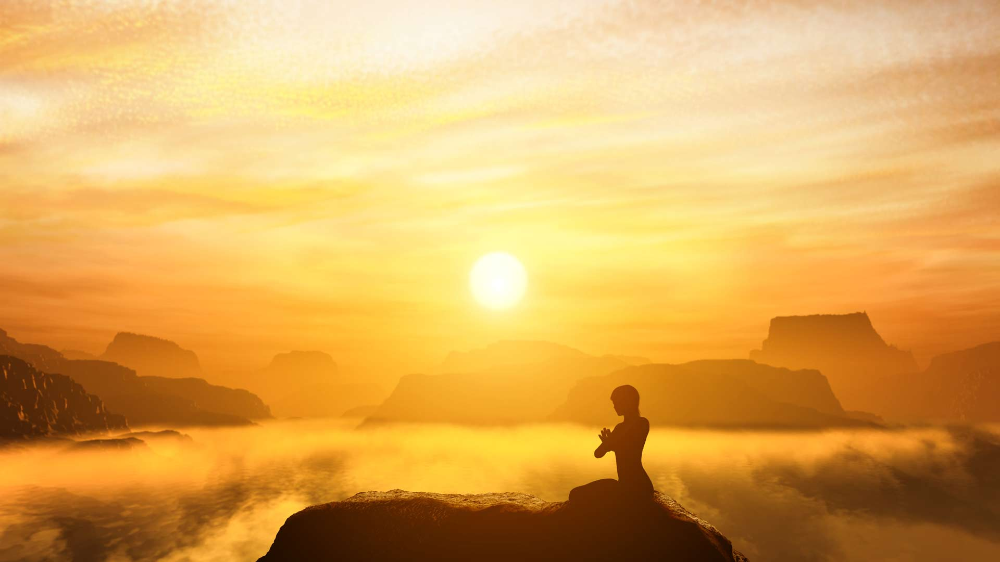 Shuka sat in a place that was pure. He closed his eyes and through the Kramayoga achieved the Atmasaakshaatkaara – all his experience was now of his Atma and he was that alone. Nothing else was around. Shuka then let loud laughter in that divine joy that reverberated everywhere. Maharshi Narada arrived again. Shuka prostrated to him and thanked him for his divine grace that determined his final journey. Through the divine path of Yoga, Shuka adopted the Vayu Marga, became one with Vayu, and moved as air. His divine journey was felt by the entire universe and all the beings witnessed with folded hands. As he moved, even the Gandharvas and Apsaras felt pulled towards him and were stunned. Shuka though was unmoved. Panchachuda, Urvashi, Purvachitti, and other Apsaras exclaimed “Who is this divine man coming towards us? He has absolutely no Desire. Oh – this is Sage Shuka. How did Vyasa send him away? Vyasa is so fond of his son. How will he live without Shuka now?”.

That was true. How would Vyasa live without his son? Shuka heard what the Apsaras uttered in their stun. Everything around was in absolute obeisance of Sage Shuka in folded hands and their bhakti as an offering to Shuka. Shuka, of course, had won over Desire. But he was full of empathy for his father’s longing for his son. Shuka addressed everything in the Universe “Oh beings and non-beings, if at all my father comes your way, uttering ‘Shuka, Shuka’, please console my father for sake of your affection towards me”. In a single voice, the entire universe reflected his request “Oh Shuka, what you seek and what you say, we shall perform exactly the same happily. We shall do that which pleases you, Shuka”. After bowing to all the adhi-daivatas Shuka furthered his journey. He now went beyond the four dosha-s, 8 tamoguna-s, 5 rajoguna-s, and finally dropped the very satvaguna. Finally, the glowing shuka began to merge with the very Parabrahmavastu. The Universe witnessed extreme changes. Earth shook, mountains withered, rivers flew erratically, birds were scattered all over the skies. Shuka now moved in the path of the Brahma and began to climb two peaks at once. The physical Himavat and the inward Meru. All the Devi-Devatas released a great cry of happiness which resulted in a massive sound that reverberated in all the Lokas. There was a cry of “Saadhu, Saadhu” all around. He reached Devaganga – Mandakini where the Apsaras were bathing. They were unmoved, neither did Shuka bat an eyelid. He was now in the final stage of his journey to become one with Parabrahmavastu. 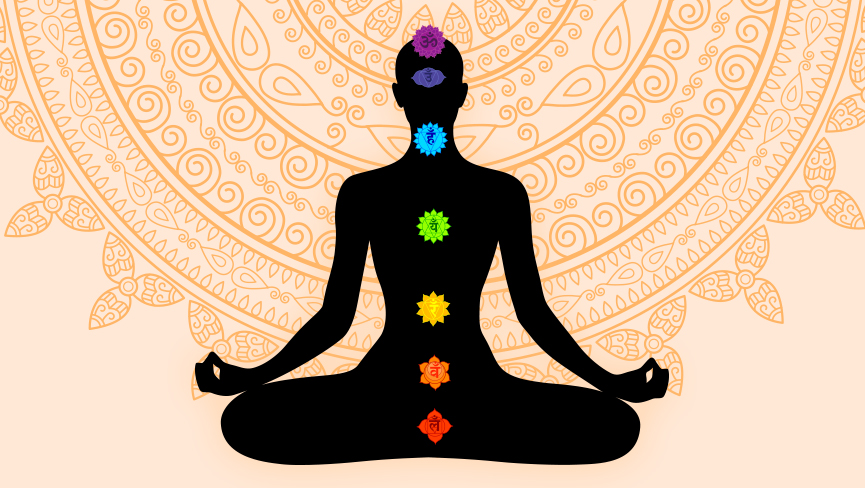 Sage Vyasa was not far behind. Overcome with affection for his son, Vyasa followed Shuka and reached the place Shukabhipatana – the place where Shuka split the mountain peaks and emerged before finally begin to merge with the Parabrahmavastu. The sages of Shukabhipatana in deep penance saw Vyasa and at once came to speak him. They were eager to narrate the otherworldly feats of Shuka. Sage Vyasa keenly listened to their accounts and was further overcome with emotion. He began to cry “Shuka, Shuka, Shuka”. The great Shuka, now one with the Universe, responded from within every being and non-being in the Universe “Bhoho, Bhoho”. All the beings and non-beings further repeated Shuka on his behalf and said “Bhoho, Bhoho”. Finally, Shuka separated himself from the sound and attained the paramapadavi.

Vyasa sat for a while. He had now realized that his son attained the greatest position ever possible that he has himself praised, recommended, sought and longed for. Yet, thinking of his son as never to return was difficult for him, even if that was Paramapadavi. He gathered himself. He reflected on how Shuka responded with Bhoho through the universe and consoled himself. On his way back, he passed through the very Devaganga where the Apsaras were bathing. This time, they ran helter-skelter upon seeing Vyasa. Some began to wear their clothes. Some hid inside the water. Some ran behind bushes. Sage Vyasa felt surprised initially and then realized that there was an element of Desire in him yet which the Apsaras perceived. His son, the great Sage Shuka, had completely overcome that Desire. 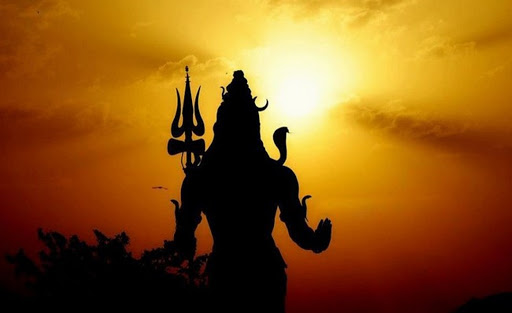 Vyasa was not void of his immense grief yet. Seeing this, Lord Parameshwara Shankara himself came down. “Hey, Vyasa Maharshi, your son has attained the Paramapadavi. What else do you want? You sought a son who was as glowing and filled with grace as the very five elements of this universe. You received such a son. His acts and feats shall remain forever known in this universe. His fame will never fade. Rest be assured”. Shankara’s words finally consoled Vyasa. He began to walk for a very long journey to return to his Ashram. There was much he was to accomplish for the sake of humanity.

In Vyasa’s emotion, referred to as Vyakula putra moha, lies a fundamental reality of life. The abandoning of desire and affection is not easy. It is one thing to seek a son as glowing as the five elements but it another to see him go away. That is a transformation that any father born on this Earth must go through. That is a minimum pain that a human must go through. At the same time, the path of attainment for Shuka mandates that he must attend to his father even in his final journey. It is quite fitting that an Apsara reminds him of his father’s attachment to him. He must respond to his father as a Divine Sound, only then is his own detachment from his sound possible. All our Runa-s must be fully offered and completed and only then a Paramapadavi is possible for us. He must seek permission from every being and non-being in the universe in his attainment of paramapadavi. At the outset it seems like a goal for the individual alone, but it is a responsibility as well. The entire universe must be with you in your attainment of the Supreme. You are not without the world even in your renunciation. An Individual’s renunciation must serve the purpose of the Universe, continue to keep in harmony and contribute positively to the eternity of life. That is the extent to which the material world and the supreme world are balanced in the perspective of the Purushartha tradition.

Beyond everything, this tale is recounted for its sheer beauty and empathy with which Mahabharata portrays’s Vyasa’s love for Shuka. The great Sage is not just a man of learning but a father full of love for his son. He wants his son to be a man of the best elements of life. Yet, he longs for his son’s presence when the same elements are taking him away to a different journey. That is the empathy with which Mahabharata views humanity and complexity of life.