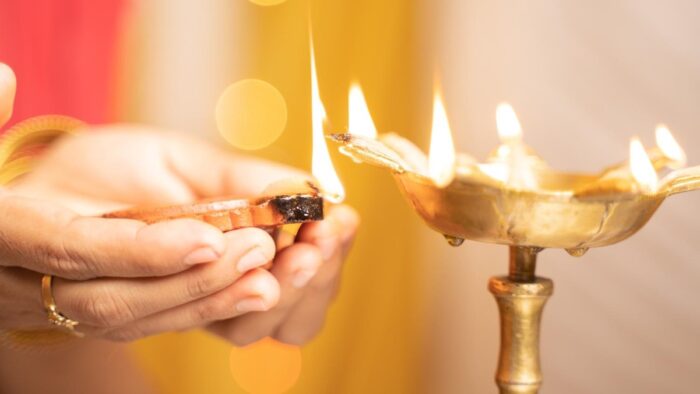 Today, there is significant strife in Bharatavarsha between Communities. Although, one is not very sure how it may have been in the past, the pre-British India seems to have been harmonious for the Hindu communities at large. Skirmishes between communities have not led to animosity that lived beyond generations. Restoration of intra-community interfaces is a strong feature of our community life. From History, we can refer to many instances that demonstrate this harmony. Yet, it still does not mean an absolute complete harmony.

For instance, some communities went through the unfortunate status of untouchability. That meant suffering and disadvantage. Critical insiders of Bharateeya Parampara have time and again initiated ‘Punarutthana’ – a revival. Yet, some communities have suffered for centuries. The 20th Century situation of the Bharateeya Samudayas was largely the consequence of forced migration inflicted by the British. It is safe to say that until the British arrived, there was a reasonable harmony between the Hindu Communities. The Civilizational Continuity we experience stands testimony to that.

The bedrock of this harmony was the philosophy of the Purusharthas on the ground. The Dharma-Artha-Kama-Moksha – referred to as the Chaturvidha Purushartha ensured that every Community was part of a larger Sampradaya from which it derived

Fundamentally, the iha (this world) and the para (the other world) were firmly integrated through the Profession. Individuals in the Community built their excellence around the Profession but within the Community while maintaining inter-community dynamics. Change was always negotiated through community engagement. Many kulas have moved from one Varna to another in this fashion. The same was true for individuals, but harder. Since most individuals could aspire for a balanced Purushartha within their Community. Hence, there was less aspiration to move to another Community. Nevertheless, such movements did occur. They did lead to conflict. But Samudayas came to terms with it. However, it is important to note that Communities were not absolutely homogenous within. Within each Jati, one could become a Priest, one could become a warrior, one could become wealthy through business and one could choose to offer services. Modern dialogue often ignores this dimension. In some ways, the entire Varna complex was possible within each Jati. One aspired to become a Priest within one’s own Sampradaya not in another’s.

Enter the British and within a couple of hundred years many Communities saw their Purushartha completely destabilized. In a previous article, we described this from the stand-point of the balance between the Individual and Community. Let us now see how it affected the Community, its Economy and the Purushartha balance.

However, the death blow to Bharateeya Samudayas came from another shift in the Modern era. Modern Professions demanded greater scholarship. Professions that were based on Scholarship and Intellectuality began to dominate all other Professions too. This was new to Bharateeya Samudayas. The scholarship of Brahmanas never seized a professional control of the Boatmen community. Communities lost their autonomy. Communities that practiced Engineering and Medicine in the traditional India suffered loss of profession as they were unable to access modern scholarship. This shift resulted in severe loss of community life and livelihood.

Unfortunately, Modernity stepped into the Colonial World through perceived scholasticity, where-in Communities have been treated as the petri dish to test the models of the academia rather than build them to survive sustainably. Those communities that practiced scholarship had an advantage. They occupied high positions in the society for a long time with secure and more respected jobs. In every community, those who were scholarly oriented benefited and others suffered. Some communities like Brahmanas, Kayasthas who were more scholarly oriented benefited disproportionately during the British period. The larger India always acquired skills in an apprentice-ship mode and in a Do-and-Learn model. Scholarship was only an optional next step. This reversal delivered a death blow to many communities, deep into post independence India as well. It is only in the last 20 years that there is a reversal yet it is not a complete one.

The consequence of all this is a multi-dimensional crisis for those communities who were destabilized and became disadvantaged. Many have retained their community orientation, maybe even profession, but without the same dynamic as other communities that benefited in this duration. This crisis can be characterized as

As a consequence, the State has had to step in to create stability in the society through various initiatives for the disadvantaged. What was once an organic stability between Communities, adjusted through interfaces, is now inorganically strived for through the State Policy. In this, the State being Secular, its measures end up antagonizing all communities. Its measures do not solve problems, even when they are well intended. The affected community is aggrieved. The Community for which the solution was intended remains unhappy as well as the measure does not solve the problem. This further drives a wedge between communities. This resulting wedge comes back to the State in the form of democratic push-pull creating more conflict. Thus, the State’s ability to establish harmonious interfaces between Communities is quite limited.

Unfortunately, the affected communities have lost a sense of the colonial causes of their drift. They only experience the drift and its negative experience. All their responses suffer from the same problem – they come from Colonially shifted positions. They do not help to solve the problem but only further aggravate. That is the nature of all colonial dialogue.

Economic dimension apart, this is resulting in further tearing of the Communities. This article fundamentally focuses on taking steps towards Inter-Community-Harmony. Solution lies in restoring everybody’s Purushartha, every community’s Purushartha. In isolation, we will not be able to safeguard anybody’s Purushartha. The resolutions we seek should shift the status from this Colonial situation. Solution will only come from reimagining the traditional community harmony through the Purushartha.

Our foremost objective now should be to achieve a meaningful, purposeful, sustainable, productive Bharateeya identity. Purposeful in the sense that it must connect with every individual and any surviving community and add value to their daily lives. It cannot be weak or brittle that makes it short  lived. It must be productive in the sense that it should help the Hindu identity face other onslaughts successfully and protect its participants. It must achieve a continuity with the Civilization.

This is best strived for through the re-imagination of the Purushartha in the Modern Times. Purushartha was achieved through

Now, the Professions are lost, the Communities are destroyed or loosened and the Interfaces torn. Modern World seeks Individuality and constant movement. How do we then restore it? The situation is not completely hopeless.

The same Purushartha helps us rebuild interfaces. The only true resurgence is when Communities begin to own this resurgence. The State has a minimal role to play in this without doubt, but the larger burden is on the Communities. Every Community must seek to participate in the Purushartha of the other Community.

Bharateeya Parampara always had spaces where Communities could dissolve their identity temporarily and be one with other Communities. These spaces need to be resurrected. Modernity will keep moving us away from each other. All Communities have lost their Purushartha balance. Each must contribute to the other to restore the balance. Easier said than done but the leadership has to push in this direction.