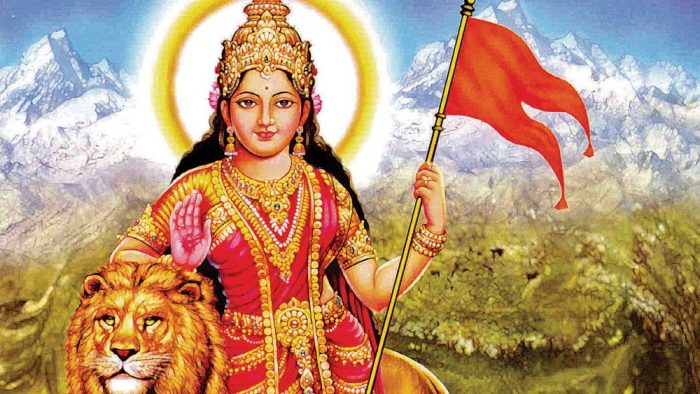 The Bhagavat Purana (7.13.31) describes that there are three types of miseries (klesha) in this world – adhyatmika, adhidaivika and adhibautika.

Adhyatmika – refers to miseries pertaining to the body and the mind.

Adibhautika – refers to miseries caused by natural disturbances like earthquakes, famines, floods, epidemics (Chinese or otherwise :D) and others.

From the above, Adidaivika and Adibhautika are definitely not in our hands.

Apart from the above, there are other miseries (dukkha) like birth, death, old age and disease – (janma, mrityu, jara, vyadhi).

Usually all Dukha or Sorrow can be said to have originated because of the above reasons. How one deals with them depends on the situation and mostly upon the person on whom any of the above misery befalls.

I have always been in awe of how Bharat as a country has treated any Dukha or sorrow. From the time our civilization has started, our country has been unique in the way Dukha has been given acceptance and respect so much that we even had one philosophy or religion based on Dukha – Buddhism. While most other countries and civilization were more interested in Bhog-vilas (success and luxury), we were more interested in accepting and handling Dukha. One could even say that our explanation of Karma was in a way aimed at explaining why we have Dukha and how we can prevent ourselves from having it in the future. There is a very interesting episode in the Mahabharata where Maharani Kunti tells Sri Krishna to bless her with sorrows so that she is spurred to remember Him throughout her life. As a civilization, we were never afraid of being sad or in facing any torturous situations, because it only made us look beyond the material world, towards a higher power. We surrendered, not to the sorrow, but to our favourite Bhagwan (God). Probably this is the only reason why despite so many attacks on our civilization, attack by invaders who had destroyed all other existing civilizations and religions, we still exist.

Ramayana, the story of Prabhu Sri Rama is full of instances of Dukha –Dasharatha’s sorrow at Sri Rama’s banishment, the curse on Ahalya, Sita’s sorrow when she’s kidnapped by Ravana, Sri Rama’s sorrow on living without his wife by his side and more. In fact the whole Ramayana was written after Maharishi Valmiki composed verses of sorrow when he saw two mating birds killed by a hunter. But here’s the unique thing – nowhere in the Ramayana will any verse make you lose hope because of sorrow. In fact, the whole life story of Sri Rama is one where one learns how to be in equipoise even after the most earth-shattering sorrow engulfs your whole life. The exceptional attraction of Ramayan is also because it shows how a human can win over all odds and come out of seemingly unsurmountable troubles, with positive results. It also teaches us about how family and friends together can help one out of the worst situations. It also shows us how as a society, every win over a horrible situation can be treated as a celebration. The Mahabharata, another Grantha which is full of Dukha or sorrow, has unending stories which teach us how one can win over our grief, keep performing our duties and wait for happier times. Happy times are not a mirage howsoever difficult the present may be, but for really enjoying the bliss of happy times, one has to be connected to the Divine throughout, is one of the teachings of the Mahabharata.

With such a thought process is it any wonder that our kings like Shivaji and Rana Pratap did not feel daunted by their defeats and did not feel victimised but kept working towards their goal of freeing their Motherland from invaders? Our Rajput ladies did not surrender to the sorrow of having lost their menfolk, but chose to die in the blazing glory of Jauhar. Among the most harrowing times we have faced in the recent past are the division of our country into Pakistan, Bharat and East Bengal (now Bangladesh) and the Kashmir Exodus of Hindus. The transfer of people from the divided lands into Bharat is one of the most sorrowful tales of modern times. Those who were counted among the richest became paupers in minutes. Any other civilization would have lost hope and cried in misery. But not us! It is a matter of pride for our civilization that instead of seeking alms, instead of rushing to other countries begging for help, instead of indulging in riots and civil wars, the country rose as one to see success after success by those who immigrated from Pakistan and East Bengal. Those who came into Bharat faced untold hardships no doubt, but they were mostly accepted like long lost brothers by the rest of the populace. As in ancient times, instead of speaking about their difficulties and sorrows, they concentrated on the present and the future and left the rest to a higher power. The family system also helped. Even if one were to look at the Kashmiri Hindus who were forced to leave their State because of Terrorism, they kept the flame of wanting to return to their Motherland burning in their hearts, but worked hard on the present and the future, instead of wallowing on sorrow and the feeling of victimization.

Another way of life which we give little importance to or in fact we, especially youngsters, make fun of is the way we treat everyone as “Uncle / Aunty / Kaka / Tau / Behen / Bhai / Chotte / Mataji / etc”. It may seem very trivial, but it is this which makes our neighbours and society think that it is important to speak and care for (even if it is superficial sometimes) even unknown or unrelated people. It is my observation that youngsters who are living alone in cities due to work or studies feel very nice and secure when their neighbours ask about their welfare or call them home for a cup of tea. This feeling of comfort is one of the reasons why even in the most trying times, we do not fall prey to depression as much as it happens in other countries. In recent days when the whole country has been in lockdown during COVID-19, thousands of stranded students and senior citizens have been helped by complete strangers who have offered to help them with their grocery shopping or even cooking. Recent indications point to more difficult times with people losing their jobs and income. If past experiences are any indication, the country as a whole will face this too with fortitude and find a way to rise above the miseries. Family ties with complete faith in the Divine will help us tide over this difficult time too. An indication of this is the fact that many preferred to use this time to meditate, to connect to their culture and to learn more about the best books which teach us to overcome difficult times – Ramayana and Mahabharata. Connecting with our ancients will show us the way to connecting with our self and the strength within. This is what will help us overcome the Dukha which seems to be looming large over our country in the present and celebrate Life once again.

Editor’s Note: In these difficult times and uncertainties we are attempting to provide to our readers information through experiences on overcoming anxiety. Articles published in this series are essentially broad strokes and in no way a medical subscription. For many of us the worldwide lock-down is going to create financial worries, anxiety about loved ones in distant countries and increase the burden of responsibilities in different ways. Such situations leave us with a feeling of helplessness and hopelessness. Spiritual well being is one straw that many of us will want to reach out and wonder how others overcame their problems. Inner journeys will help us with our outer journeys. Sharing your journey will raise the collective positvity. If you would like to write a piece for this series please do write to us at editor@indictoday.com 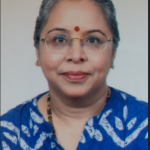