A Brief Introduction to Puranas 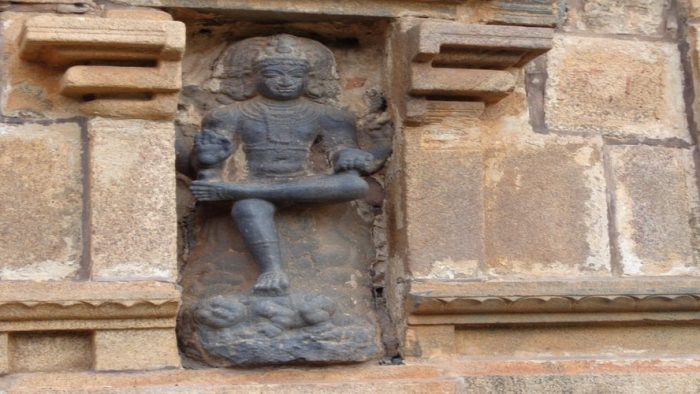 It’s obvious that being an Indian, most of us have come across this word Purana. Books, television, internet, general talks, banners, public gatherings, temples and what not, word Purana is all-pervasive. But how many of us actually know the word? How many of us are aware of its significance? From what we read in history books of the school curriculum, from what we hear from Indologists, historians, and Kathawachakas, we know Puranas as stories, which are ascribed to Vyasa. The stories of gods and goddesses, the legends of ancient kings, the sagas of great saints, which still affect several Hindus, are part of Puranas.

Well, the academic world opines that Puranas came into existence about 2000 years ago, with completely new concepts, which didn’t exsist during Vedic age. And Vedic age as per them began around 3500 years ago, with the composition of Rig Veda. It’s no secret that today Vedas and Puranas are deemed as two unrelated works, of different people, and of different times. Additionally, experts can be seen time and again asserting that Vedic age was far more advanced than the Puranic period. Reformer sects formed in the 19th century and modern spiritual Gurus too, keep despising Puranas as mere fables.

Experts in ‘mythology’ believe that Puranas are ‘refined’ form of Hinduism, challenging certain notions of Vedic age. To add to the woes, tv serials, movies, over the years, have made such an image of the Puranic legends, that many a Hindus develop contempt for them. Due to all these factors, a modern practising, or curious, or an ignorant Hindu sees Puranas with less reverence. “ What have I got to do with fables, let’s go for Vedas” Such is the belief in vogue… That’s a different thing that the base of the whole faith of Hindus today is Pancha Devas or 5 Gods, whom the intellectuals love to address as Puranic Gods.

How can a Hindu imagine itself without Ganesha, Shiva, Shakti, Vishnu and Surya? And how can he look down upon the texts which set out the very basis of his existence? Call it our vanity or ignorance, the literary evidence says something else. When we peep into our literature, we find things completely different. Let’s see what Vedas, the highest and binding authority among Hindus, themselves say about Puranas.

Even if I were to see it historically, the popular view regarding Puranas stands nowhere. Historians world over agree that Brihadaranyaka came into being around 900-700 BCE. It means something called Purana also existed back in the BCE. Same way Taitriya Upanishad is assumed to be composed in 6th century BCE, and it too describes the antiquity of Puranas.

Now coming to the meaning of the word Purana, let’s have a look at Nirukta. It is one of the 6 integral subjects which must be studied along with Vedas. Nirukta explains Vedic words, their meanings, context and removes any sort of ambiguity with respect to Vedic interpretations. Its study can be traced to 2nd millennium BCE. It defines Purana as पुराणमाख्यानां पुराणं. The word आख्यान (Aakhyana) means the accounts of events which are seen by an individual himself during his lifetime. For example, demonetisation of currency notes of Rs 500 and 1000 is an Aakhyana for us. The aforesaid definition says that ancient Aakhyanas are Purana. People may say that word Aakhyana puts a question mark on Purana being the life-breath of the divine. Since akhyana is bound by space and time, it can’t be compared with Vedas. But it’s not the right thinking. No doubt Veda is timeless and infinite, but the expression of the infinite in form of words is finite. Veda is expressed in the form of mantras. Every Mantra has four components: 1. It’s Rishi (The one who saw mantras in sublime states of Yoga) 2. Chhandas (The metre within which mantras are chanted) 3. Devta (The God invoked by it) and 4. Viniyoga-(It’s aim). Such an expression of the infinite is certainly finite. Plus it’s further proved in Taitriya Aranyaka the Veda available to mankind is complete as Veda is infinite. (अनंता वै वेदा) The story goes like this:

Bhardwaj requests Indra to show him the end of the Veda. Indra showed 3 mountains to him, whose peak couldn’t be found. Then he gave a handful of soil from each of the mounts saying that the mountains are Vedas and soil is what humans need. Therefore definition in Nirukta doesn’t affect the eternity of Purana. Even if I were to go by the parameter of Indologists, the Mantras and Brahmanas (parts of Vedas, describing mantras and rituals thereof, respectively) (700-900 BC), themselves describe that Puranic legends predate them. Look at this story in Aitareya Brahmana (1 millennium BCE), especially the words used:

” Raja Soma was in third Dyu Loka. Rishis and Devtas thought that they should get this soma. They requested to chhandas to get the soma. Chandas assumed the form of Suparna ( Garuda in Mahabharat) and flew to get the soma. This is the “Sauparna Aakhyana”, knowers of Aakhyanas say so. ”

‘आख्यानविद् = knowers of Aakhyanas. आचक्षते= speak of it. This indicates that knower of Aakhyanas knew this Aakhyana before it was written down in Aitareya Brahmana. Now go back to aforesaid Nirukta’s definition of Purana. It establishes the fact that Purana existed even before certain Brahmanas. This statement is corroborated by Puranas themselves too:

First, there was a brahmanda Purana with 4 Lakh shlokas. Vyasa divided it into 18 parts. Thus from 1 Purana multifold Puranas came into being.

When we read them with the Vedic Proofs as stated above, we get to know that Purana existed during as well as before the so-called Vedic age . And that’s how Puranas and Vedas are inseparable. That’s why Vyasa himself declares at the onset of Mahabharata- इतिहास पुराणं वेदं समुपबृहेत( 1.267 )

Means through Itihasa and Purana meaning of Vedas shall be expanded and supported. He further says- बिभेत्यल्पश्रुताद्वेदो मामयं प्रहरिष्यति। (1.268) -‘ Vedas fear the person who is not well-read. Such a person attacks Vedas by reading them.’ Therefore no one can understand Vedas without Itihasa and Purana.

All these literary evidence debunk the myths regarding inferiority and novelty of Puranas.

Vedas are flooded with verses on Puranas. But we need to observe one thing here. In most of the verses word ‘पुराणं ‘(Puranam) has been used. This is the singular form of neuter gender words in Sanskrit. It means the Purana mentioned in Vedas is a Single Purana.

2) If Purana is the breath of the divine, why it is ascribed to Vyasa?

The answers to all these questions lie in the Puranas themselves. Bhagavata Purana’s 1. 4. (14-24 ) says that- Parashar’s son Vyasa was born in the Dwapar Yuga. He saw that the masses had become physically and mentally infirm. They were surrounded by troubles and lacked capability. They were unable to grasp the infinite Veda. Therefore, for their convenience, he divided 1 Veda into 5 parts. Those parts are – (a) 4 Samhitas (collection of Mantras) namely Rig, Yaju, Sama and Atharva.

b) Itihasa and Purana. Mahabharat with 18 parts is Itihasa A and Purana Samhita with the same number of parts is Purana.

He further taught them to his disciples-

They further taught them to their disciples, hence many Branches of Vedas came into being. However today only 12 branches are available. 2 of Rig Veda, 2 of Sama Veda, 2 of Atharva Veda and 6 of Yajurveda.

The same thing is ascertained by Padma Purana- (Swarga Khanda- 62. 2-7). The Shrishti Khanda of it says: सूतेनानुक्रमेनेदं पुराणं सम्प्रकाशितम्। ब्राह्मणेषु पुरा यच्च ब्रह्मणोक्त सविस्तरम्। – this verse clearly states that Puranas reached their final forms because of Suta, ( Suta-caste of Lomaharshana and Ugrashrava ) which have been earlier mentioned by in the Brahmana part of Veda.

It draws our attention to one more thing. Brahmana part of Vedas encapsulates knowledge of every discipline, but not in an organised manner. For the good of the mankind, wise sages of India extracted this knowledge from the Brahmanas and compiled them in the form of various Darshanas. Darshana means the thought which leads to reality.

The purpose of all these Darshanas is to Decode the mystifying Veda, in different manners. In the same pursuit, Vyasa composed a Purana Samhita which deals multifarious aspects of the universe.

This Purana Samhita had 18 parts which contained Vaidik Aakhyana, worldly accounts, principles of Dharma Shastras and the secrets of Creation of the world.

This Purana Samhita further expanded into 18 Puranas by virtue of Lomaharshana and Ugrashrava, dealing with the same topics with few more additions. But the goal remains the same- decoding Vedas in an easy manner.

Therefore we conclude Purana is not solely about stories. It’s a ferry for mankind to cross the turbulent ocean called the universe. Another interesting point is this-

Is it a coincidence? Or is it a Code. These are answered when we delve deeper into the Puranas.

It is fitting that reducing Puranas to fables is nothing but is foolery. Why do we seek validation from those, who have no idea of nuances of our tradition? It’s high time we take pride in our beautiful culture and seek the truth as it is.

Aditya Sharma is a student of Business Management & Law. An avid reader of Vedic Literature and an occasional poet.