The True Story of Indian Science 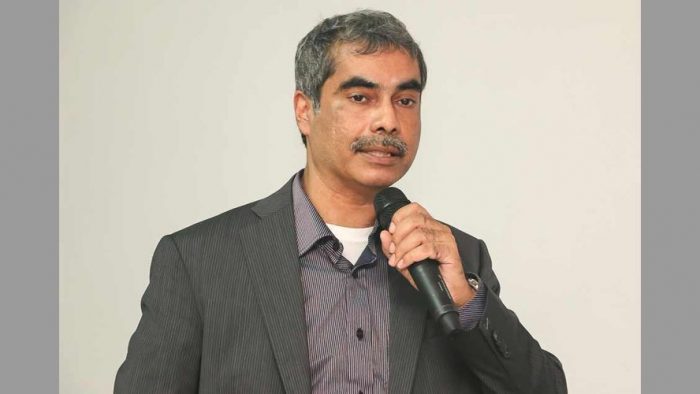 Dr Raj Vedam participated in a session on ‘Unravelling the layers of History and Kavya’ organized by the Center for Soft Power, Indic Academy and Heritage Trust, at Bangalore on August 31

Like many of his generation, Dr Raj Vedam grew up in an India with little TV and a lot of reading. It was a time when people read voraciously on a range of subjects – ‘Indic and Western, and reacted incredulously to the history presented in our textbooks’. It took Dr Vedam several years of reading to track down the roots of narratives to get to a position of reasonable deconstruction. He co-founded the think-tank, Indian History Awareness and Research and to work on the Scientific Validation of Indian History.

How old is the Indian ‘civilisation’?

Academics identify “civilization” when a culture shows “urbanism” and has a script, implying diversification of professions and the ability to communicate knowledge to it’s present and future generations. David Frawley calls out the paradox of the Vedic people who show large literary works but with no archaeological record of urbanism, and Harappa which shows high urbanism but with apparently no literary works. The word “civilization” is thus applied rather narrowly in an academic sense.

The facts are that there is great antiquity of the Indian people as attested by astronomical references in literary works, their long gestation with knowledge systems in a wide variety of areas, evidence of high thinking in the corpus of literary works, evidence of archeological finds in Bhiranna dating back 8000 years, several finds in the Sindhu-Saraswati basin, and an interesting find of an underwater structure in Dwarka 8500 years ago as all indicative of an advanced complex society, with an emphasis on the oral record rather than a written record.

If we admit these as indicative of “civilization”, then we have an Indian civilization from at least 10,000 years ago. If we insist on a written script, then Harappa would qualify for civilization status from 5000 years ago, though there are critics such as Witzel who claim that Harappa was an illiterate society by showing the paucity of literary records from Harappa that are lengthier than 10 signs. If we insist on a phonetic script encoding language such as Brahmi and urbanism then Magadha dating to 300 BCE would qualify for civilization.

Who or what would you say are the main people/events responsible for the distortion of Indian history. Why do you say so?

Several forces inimical to the Indic civilization are responsible for the distortion of Indian history.

The colonial Indologists tried to bring the chronology of the Indian king lists down to fit a Biblical chronology of creation at 4004 BCE which they subscribed to. In reducing the Indian chronology, they distorted the Puranic king lists by a questionable synchronization of “Sandracottos” with Chandragupta Maurya (see K.V Challam’s works). They also engineered the distancing of Indians from their ancient educational systems, by alienating Indians from their own heritage with English education, placing them in awe of the Western world by a process of deep mind-colonization.

The second inimical force was Eurocentric scholars of the 1800s who attempted to find a “linguistic homeland” for the “Indo-Aryans” in Central Asia, which led to the proposal of an “Aryan Invasion Theory”, and all of its attendant corollaries such as “Dravidianism”.

Obsequiously following Western gate-keepers of the colonial/Euro-centric Indian narrative, the liberal academic bias of present times constitutes the third inimical force. With their obligatory overuse of ill-fitting Western models such as post-modernism, feminism, subaltern studies as the only way to view all of Indian history, they position all social-dynamics with an “oppressor-oppressed” view, thereby greatly distorting Indian history.

Several powerful vested interests ranging from international agencies, organized religions, opportunistic political parties to media have a strong desire to split the Indian nation by emphasizing maliciously manufactured fault-lines, and form the fourth inimical force on Indian history. Their powerful presence in governance, public-policy, print, digital and mass media has ensured that the population has internalized a horrendous perversion passed off as Indian culture and history.

The Marxists control the education sector in India and in conjunction with the works of their cohorts above, form the fifth inimical force and are the unchallenged gate-keepers of Indian history. Several distorted identities are clearly sported by various sections of society. The most visible one is the alien identity called “caste”, in complete discordance with the Jati-Varna system. The second is the manufactured identity called “Dravidianism”. Distortions include north and south being racially different, Indian civilization is recent, Indians got knowledge from Babylon and Greece, and so on.

Given no strong ownership from Indic people of their heritage and history, these five lobbies have carried out their criminal distortion of the Indian history. We have failed as a society because we have not been successful in recognizing, isolating and stamping out the inimical forces. The common Indian sees the impact of the great distortions listed above but feels powerless to change the narrative. I believe people should become empowered by consciously deconstructing our thought processes, reject the deep mind-colonization upheld by the inimical forces, and take ownership of our heritage and past. 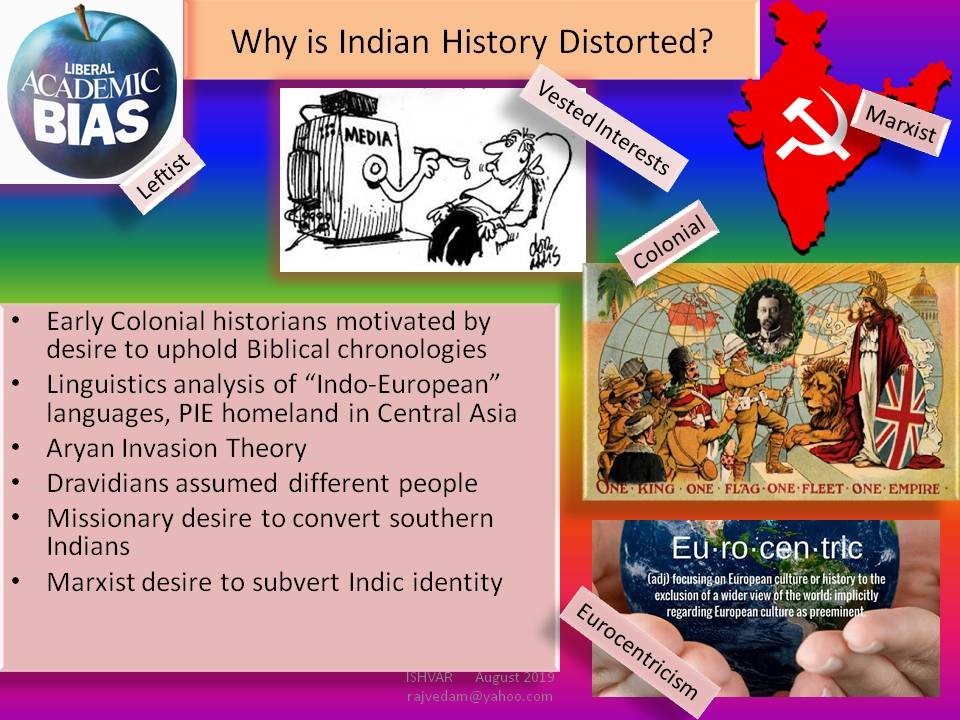 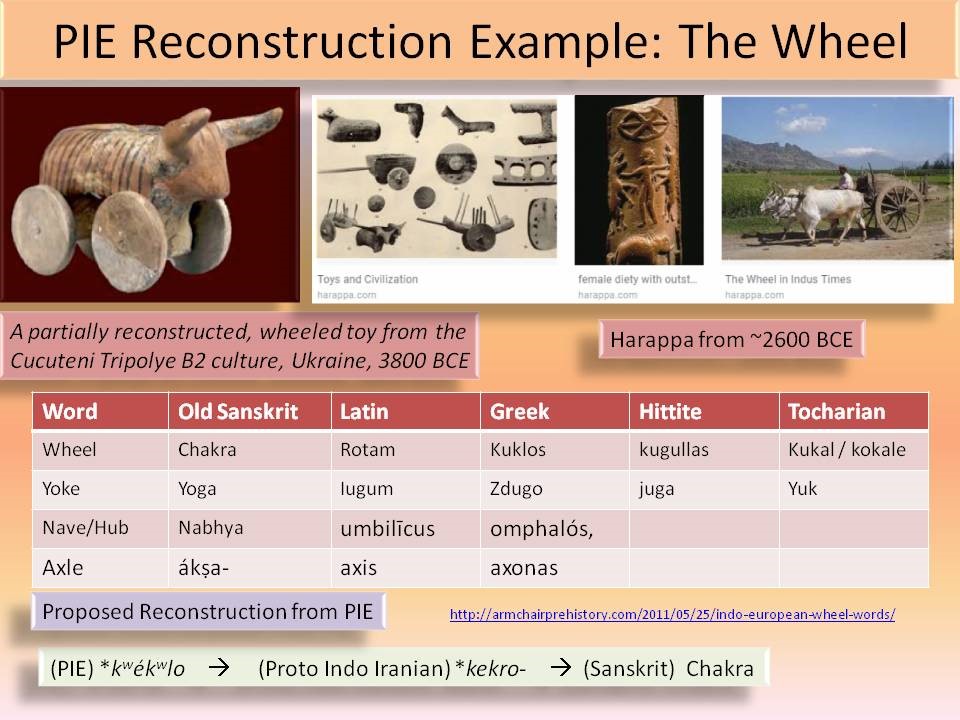 How can we validate Indian history using modern science? How did Indin knowledge go out of India?

There are at least 9 knowledge transmission routes that took information from India to the rest of the world.

(1) Vedic texts talk of the tribes Anu/Dryhu and their movement westwards out of India. We also know of a 200-year drought around 2000 BCE caused a mass migration out of India. This formed the earliest conduits for knowledge transmission.

(2) Greek travellers to India prior to Alexander, such as Pythagoras and Democritus.

(5) The Silk route that connected India and China with Mediterranean lands.

(6) Roman trade as noted in Periplus of Erythrean sea.

How has the West used Genetics to distort Indian history?

The current claims made in genetics are that there were two major waves of migrations to India. The first migration is claimed around 7000 BCE by “Iranian pastoral farmers” who spread pervasively across north and south India. The second migration is claimed around 2000 BCE to the northern part of India, effectively constituting the Aryan Invasion/Migration theory. They base these opinions by performing statistical methods on limited samples and limited populations, using questionable models and methods. That there are concerns in the claims of genetics is apparent by the wide variability of results in different published works. In one paper by David Reich, they claim a 4200-year-old common ancestor for the northern Indian and Central Asian, while a different work by Lucotte shows a 15,000-year-old common ancestor for the same, using the high-resolution R1a-Z93 marker, by using a different sampling method. The issues of concern are: (a) use of circular logic by using models from linguistic analysis, (b) sample populations admitted; (c) sample sizes for the studies; (d) algorithmic methods used and their initializations; (e) limitations of the mathematical models to provide a global result, and other concerns. There is a tendency to conflate results from narrow studies to global applicability to a 1.3 billion population. Perhaps in the distant future, as sample sizes approach 1.3 billion (from the present few-hundreds), then with probability 1, we can infer the presence/absence of markers in the Indian populations and their concentrations in various regions. 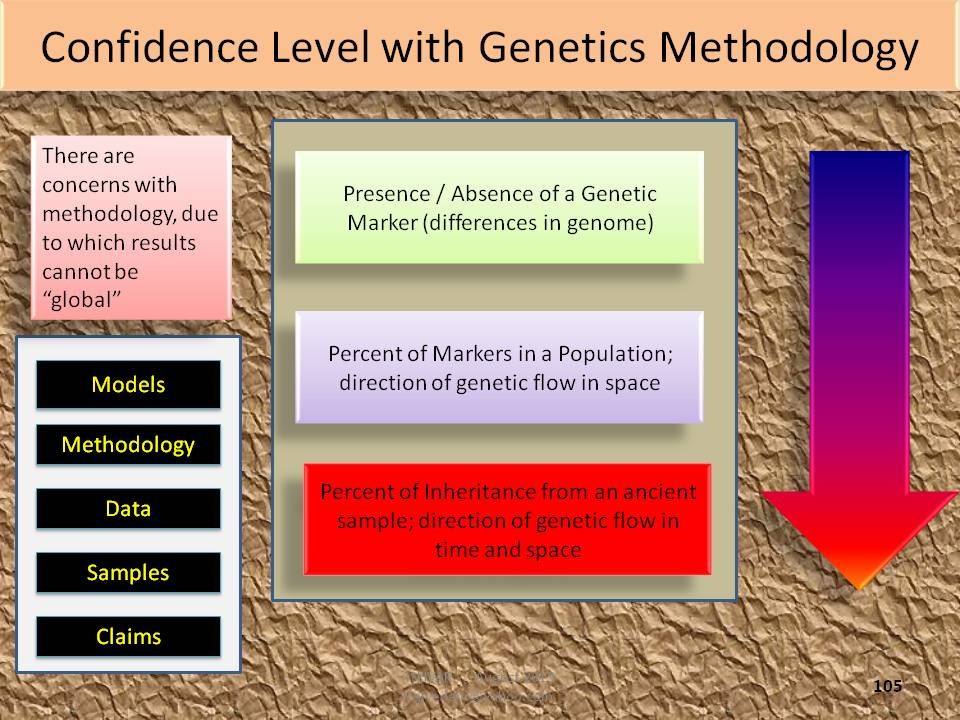 Why is archaeological evidence not seen as being convincing enough to establish antiquity? Why are history textbooks lagging behind?

The narratives in history textbooks are perhaps more than 30 years behind archaeological finds. As an example, India’s most famous archaeologist, B.B.Lal, published a paper on the continuity of the Indian civilization establishing fundamental facts on how there does not appear to be distinct periodizations between Harappa and Vedic, but rather a continuity of practices. Many settlements in Saraswati-Sindhu have been uncovered in the past few years, but NCERT textbooks are loathed to even mention the river Saraswati by name. One would expect the people in charge of state and central textbooks in India to be aware of the findings in archaeology and move to update the content. One would expect the chairpersons of the textbook publications committees across the country to be evidence-driven, using fundamental facts from archaeology.

Keezhadi is a fascinating archaeological find outside of Madurai, showing an urban settlement. Up to 4.5 meters of excavation was done and artefacts recovered. Carbon dating from the 2-meter depth showed a date of 200 BCE. However, if we argue that each meter in depth is approximately equal to 1100 years using a linear approximation, we notice that the earliest layers at the 4.5 meters depth should be dated to 5000 years ago, or about 3000 BCE. This would go against the conventional thinking that southern Indian settlements should be 500 BCE and later if the Aryan Invasion/Migration with the attendant displacement of Dravidians should be true. One awaits further information from Keezhadi to ascertain more facts. 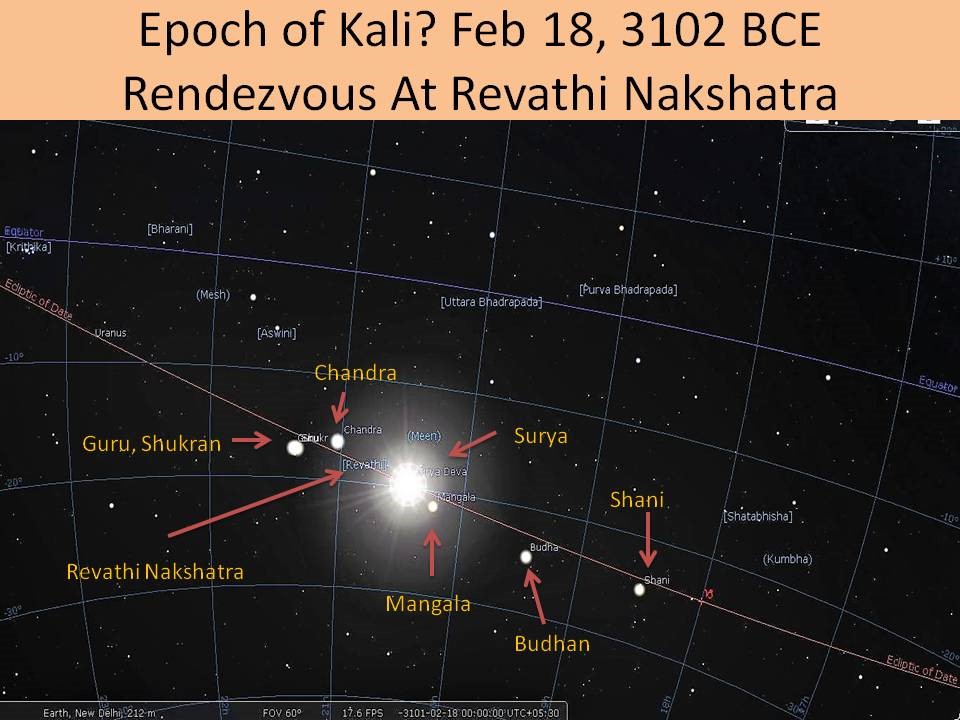 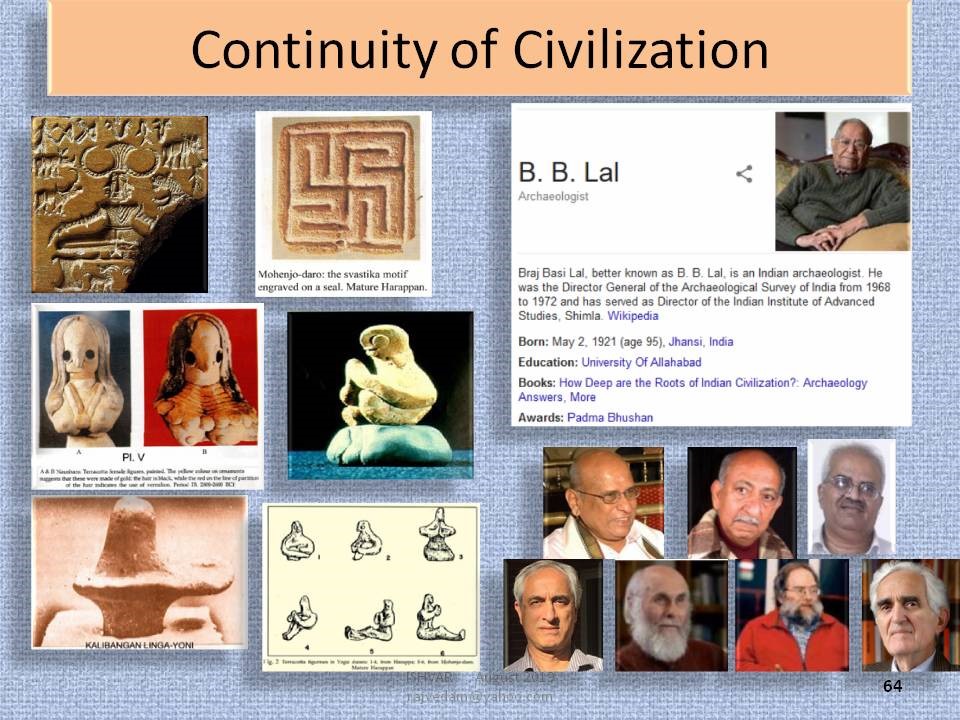 The National Institute of Oceanography, Chennai, sent a ship equipped with sonar to map the sea-bed off the coast of Dwarka. They reported finding a 9km long feature about 40m below the sea, which appeared to be a city fortification wall. They further dredged up a piece of wood, which they sent for carbon dating to labs in Hyderabad and Germany, which came back with dates of about 9000 years before present. Findings such as these suggest the possibility of sunken coastal civilizations. We know that the sea level went up by as much as 120 meters following the late glacial maximum ice-age melting. This could have caused the sinking of this place, approximately 9000 years ago.

How do we date history with an Indian astronomical sense?

Ancient Indians divided the sky into 27 segments of 13 and1/3 degrees each, the Nakshatra model. They were well aware of the cardinal points of astronomy, i.e., the winter and summer solstice points and the two equinoxes. Several observations of the nakshatras that were present at the cardinal points are mentioned in several ancient texts. Now the Earth is experiencing a 26,000-year precession cycle, due to which the nakshatras at the cardinal points slowly change. By understanding this phenomenon, and computing the Precession rate at 963 years/nakshatra. For example, the Vedanga Jyotisa notes the Winter Solstice at Dhanista Nakshatra. We are approximately 4 Nakshatras away in the present times Winter solstice. The Vedanga Jyotisa can be dated precisely to 1440 BCE. This way, using ancient astronomical observations, we can date the time precisely using the celestial calendar. 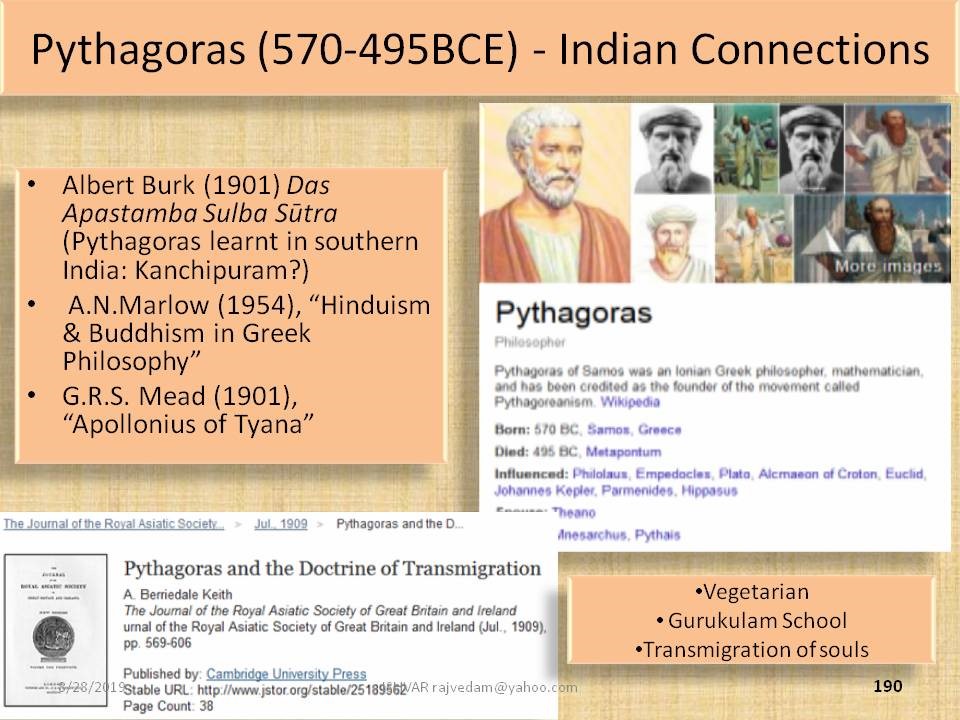 What are India’s greatest contributions to Math? What is Pythagoras connection to India?

From the decimal number system mentioned in the Vedas to an enumeration of very large numbers, ancient Indians developed deep works in geometry, algebra, positional arithmetic, the concept of zero, trigonometry, spherical geometry, approximations of functions, solutions of equations and infinite series, the precursor of calculus. Some important works were Baudayana’s Sulba Sutras, Aryabhatiya, Surya Siddhanta, Mahabhaskariya, Brahmasputa Siddhanta, Siddhanta Shiromani, Yuktibhasa among others. Astronomy was the main application that gave impetus for applied mathematics.

Pythagoras is well-known to have come to India around 500 BCE and returned to Greece with a deep understanding of Vedanta, Indian mathematics that included the right-angled triangle theorem, and music. Pythagoras founded a Gurukulam style of school, advocated a vegetarian lifestyle, believed in reincarnation, and that the goal of life was to better oneself to merge with Brahman. His successors Socrates, Plato and Aristotle continued in the tradition of Pythagoras. Pythagoras is an important link in our understanding of the early transmission of knowledge from India to Greece.