The Raja-dharma Series: Call for Articles 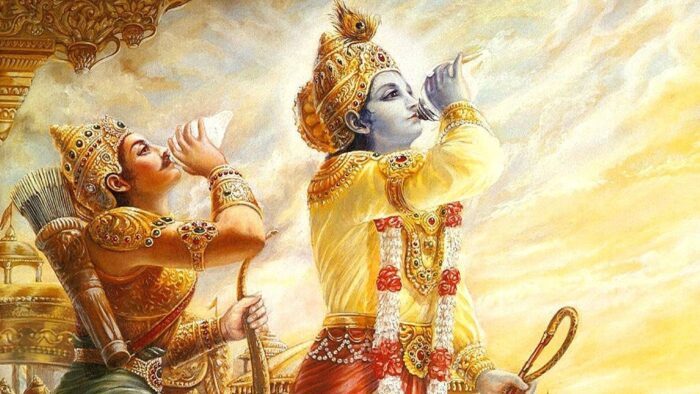 Ramayana, Mahabharata and our Puranas are civilizational texts of Bharatavarsha. In general, they are a treatise on the Purushartha. The reality and possibility of Dharma is explored in every possible way. The struggles of the society in realizing Dharma are presented to us in metaphor and reality. As a result, they are a repository of intellectual thought as well, shedding light on our perspective of life. The stories contain the metaphor. Conversations and reflections present the exposition. This broad framework also means that they cover every aspect of life.

At the same time, there are aspects that get a special treatment and emphasis in our civilizational texts. One such subject is ‘Rajadharma’ – the responsibilities of a King. Bharateeya Parampara has laid immense emphasis on who is a good king and what must a good King do.  It is a civilizational concern as it is the Rajadharma that protects and nurtures every other Dharma. King is the chief protector of Dharma which alone enables the Purushartha Saadhana of the larger society. Hence, kingly responsibilities and the principles behind it are explored in depth in many conversations. Our Itihasa-Puranas, Smritis, treatises like the Arthashastra, much of the Sanskrit and Bharateeya Bhasha Classical Literature consist of interesting perspectives about kingly responsibilities and a general exposition of Dharma. Presented as stories in our epics, these accounts are released from an intellectual burden and makes it possible for the Rasikas to absorb them in the context. In the Smritis though they appear in their pure intellectual form without a context. In some epics like Mahabharata, Rajadharma is explored in both forms – The Metaphor and the Intellectual.

For our times, our interest in Rajadharma is two fold.

The Past must flow into its Natural Future only by facing all the forces of today – the negative and the positive. Creating such a Vibrant Present is our responsibility. Understanding the Flow of Rajadharma through millennia and realizing its natural flow into the Future is our endeavour. To make it more concrete, we need to extract knowledge and perspective elements from them to solve problems of today. We have to reimagine our polity in their light. In order to achieve that we must present the brilliance of these accounts in both their details and the principles behind them.

The Civilizational texts of Bharatavarsha are not just bodies of Metaphors. They are repositories of Indic Knowledge Systems that have a relevance for today. Such a body of knowledge will serve as a guide to the larger society to shape the world in the light of Dharma. In this process, we also create a discipline of transforming our ancient thought into modern knowledge for application.

Indic Today calls for Articles for the “Raja Dharma Series” – to create a collection of articles from various Epics, Puranas and Classical Literature of Sanskrit and other Bharateeya Bhashas on Rajadharma. The Objective of this Series is to present the Raja Dharma thought of Bharatavarsha as a single body of knowledge collected from various texts over the last few millennia across languages. The sheer integrity, sophistication, length and breadth of these concerns is lost on us as they are spread across texts and presented alongside specific situations and stories. We need to organize them and present them as part of a single architecture with well composed elements in a modern gaze. The incredible consistency around Rajadharma that we see in texts across hundreds of years makes us should make us realize how we have achieved significant ‘Continuity in the midst of all Change (Saatatya)’ as a Civilization.

Articles should be sent to editor@indictoday.com