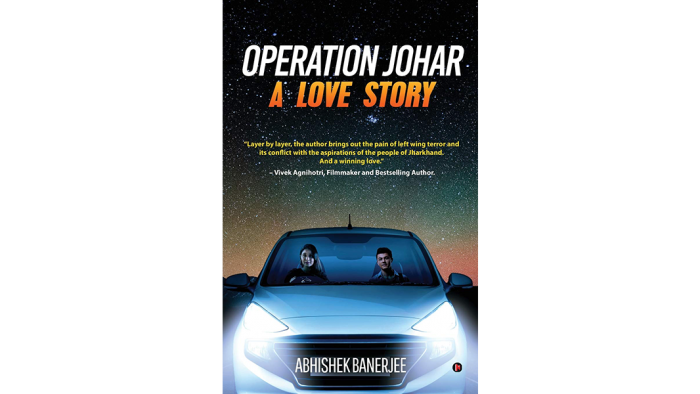 Set in 2003 in the state of Jharkhand and it’s capital of Ranchi, this political thriller which is sprinkled with idealistic teenage love, revolves around how deep the left-wing terror has infiltrated the system and how ‘revolutionaries’ are created. Somu is the stereotypical middle-class boy who aspires to win his lady love Sangeeta, while she is a go-getter who discovers the true face of her beloved Jatin. Their lives are turned upside down when they unravel the dark ulterior motives of shady intellectuals who hide under the veil of left-wing intellectualism.

Abhishek Banerjee authentically describes the surrounding hills and jungles of Jharkhand, the fear which pervades the town of Ranchi where people negotiate their way into staying alive. The author also makes several references to real-life incidents and actual political horrors that once gripped the small town of Ranchi. Overall, the book is a fiction with a smattering of factual happenings, that makes it an interesting read.

You can click here to purchase the book “Operation Johar”.