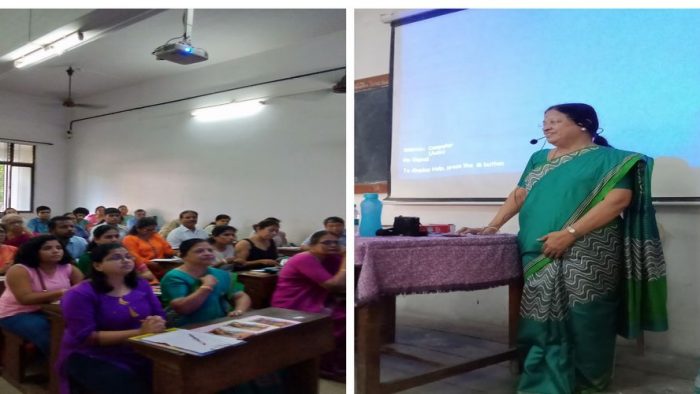 The workshop was graced by 3 guests of honour:

The workshop began with Sanskrit invocations to Lord Sri Krishna and the Adi Shakti, rendered by Ms Kanakavalli Santhanam.

1. Dr Prachi Moghe spoke on the subject ‘Origin and Evolution of Shakti Worship in India’. She began her lecture by speaking about the origins of Mother Goddess Worship across ancient cultures and the development of Shakti Worship in India. She spoke about Shakti Worship in the Sindhu-Sarasvati Civilization and the Vedas. Dr Moghe expounded details of the Suktas dedicated to Goddess Worship in the Rig Veda, including the Sri and Devi Suktas. She further spoke about Shakti in the Upanishads, the Itihasas- Ramayana and Mahabharata and finally the Shakta Agamas and Tantras. Dr Moghe went on to systematically explained the philosophy behind the Shakta texts, including the etymology of the word ‘Tantra’. She concluded her lecture with a discussion on Goddess Tripurasundari and the Dasha Mahavidyas. Dr Moghe’s comprehensive lecture was sans dilution and was very well appreciated by the participants.

2. Dr Asawari Bhat spoke about the Devi Mahatmyam, which is a part of the larger Markandeya Puranas. Dr Bhat explained the importance of the Devi Mahatmyam and how it is a major landmark in the development of Shakti Worship in India.

3. Sneha Nagarkar spoke on the Iconography of the Shakti. Sneha started her lecture by explaining terms like ‘murti‘, ‘vigraha‘, ‘darshana‘ and iconography. She explained how image worship started in India and spoke about the early forms of images of Mother Goddesses across ancient cultures. She cited a paragraph from the Harivamsa, the Khila text of the Mahabharata where Lord Krishna describes to Yogamaya her celestial form. This is one of the first iconographic descriptions of the Devi. Sneha also spoke on the iconography of Mahishasuramardini, Parvati, Saptamatrukas, Lakshmi and Sarasvati with the help of authentic textual references from the Devi Mahatmyam, Sri Sukta as well as the Agamas and images of actual icons. She concluded her lecture by explaining how the core and essential nature of the Goddess as the Supreme Mother has been retained, despite undergoing several changes in iconography over the centuries.

4. Kanakavalli Santhanam’s lecture-demonstration was based on the subject of Shaktism and Performing Arts. She mainly spoke about the Sri Chakra Upasana and the Navavarnam Kritis of Muthuswami Dikshithar. Kanakavalli went on to explain the philosophy and symbolism underlying the Sri Chakra. She spoke about the life of Muthuswami Dikshithar and his Devi Upasana. She highlighted his devotion to Lord Thyagaraja (Lord Siva) and the goddess Kamalambika. She also sang a few kritis composed by him and explained to the participants their philosophical significance. She sang kritis in Tamil, Telugu and Sanskrit and gave the gist of the meaning of the kritis. She concluded her lecture by a discussion on the Kamalamba Navavaranam Kritis and how each Kriti is related to one avaranam of the Sri Chakra. She also played a Navavaranam Kriti for the participants. The audience greatly appreciated Kanakavalli’s outstanding musical talent and her deep understanding of the subject.

Dr Yogini Deshpande introduced Indic Academy to the participants and felicitated the scholars & curators of the workshop. Mallika Rohira, a teacher and an MA in Sanskrit, compèred the workshop and Rucha Navare, also a teacher and MA in Sanskrit gave the vote of thanks. Dr Deshpande was felicitated by Dr Asawari Bhat.  The vote of thanks concluded with the organisers dedicating this workshop to the Adi Shakti and Lord Sri Krishna. 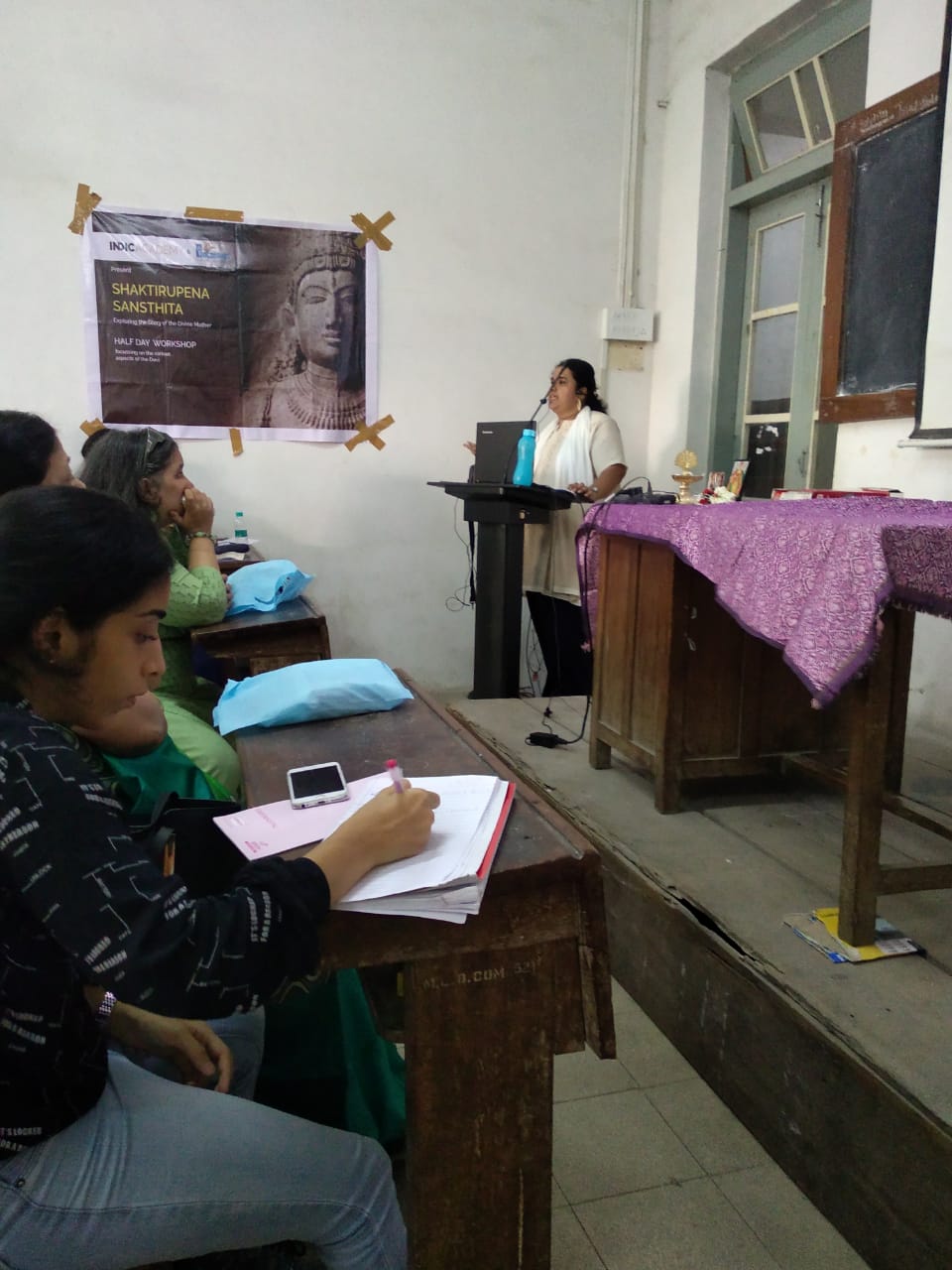 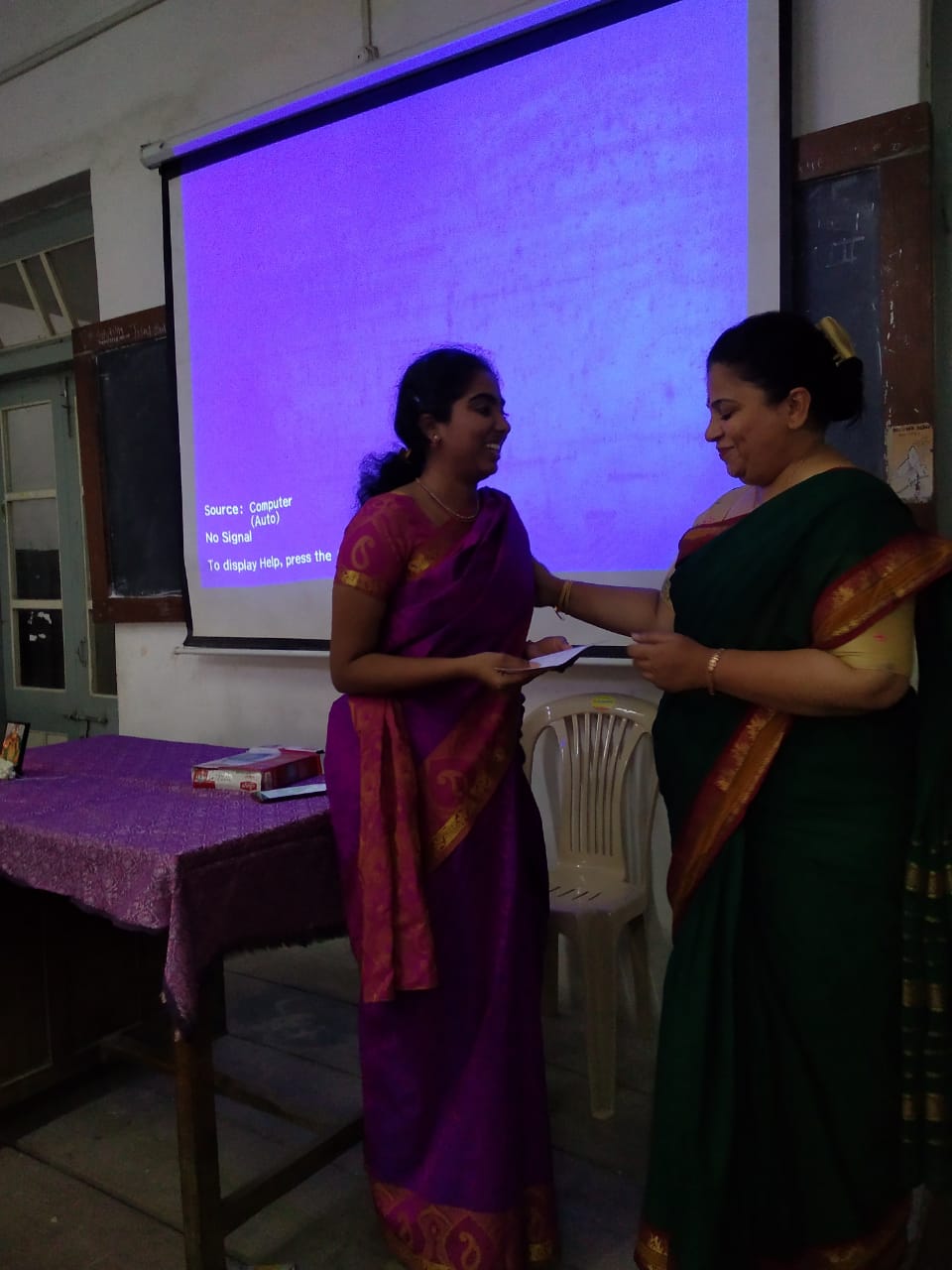 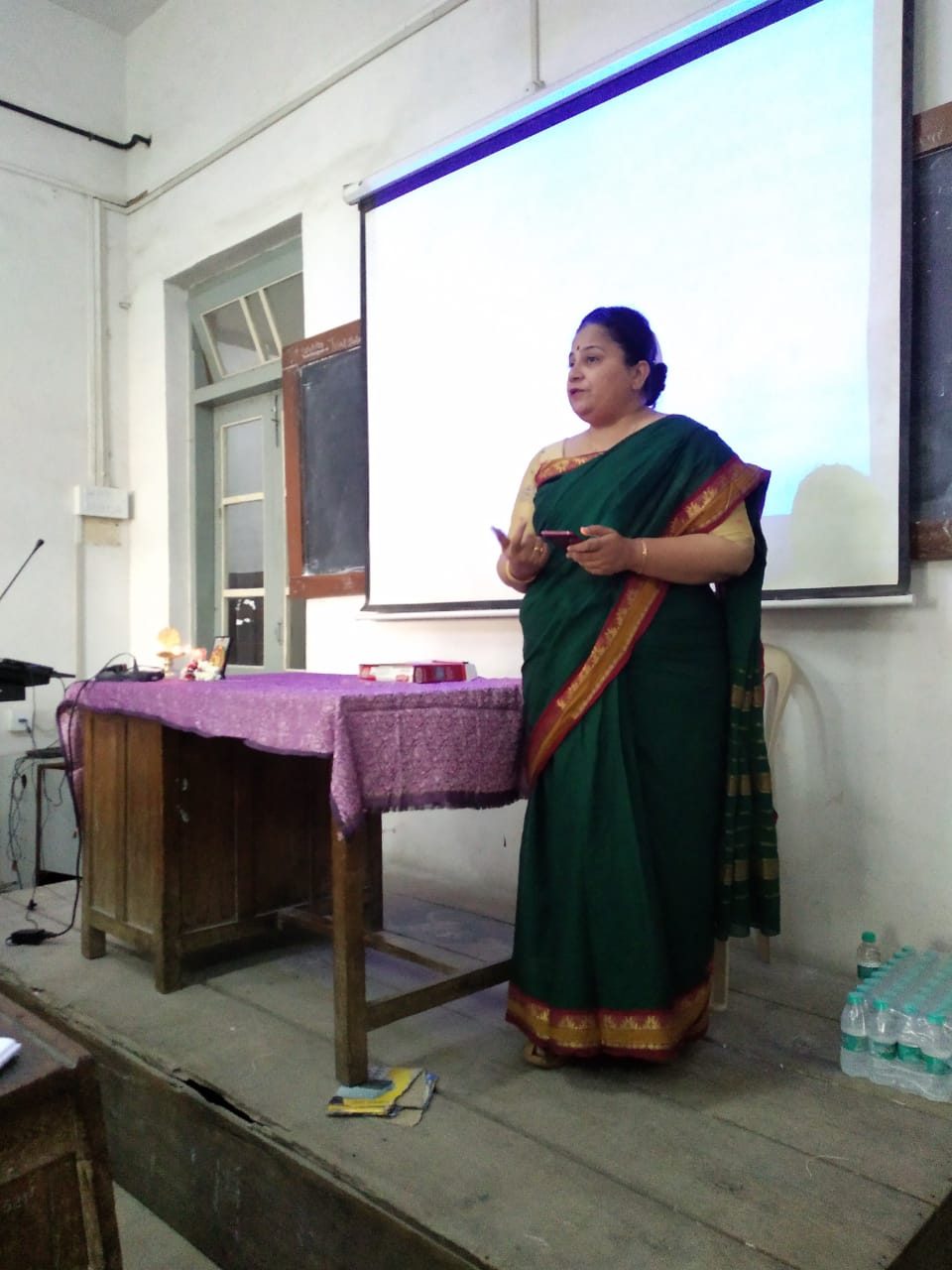 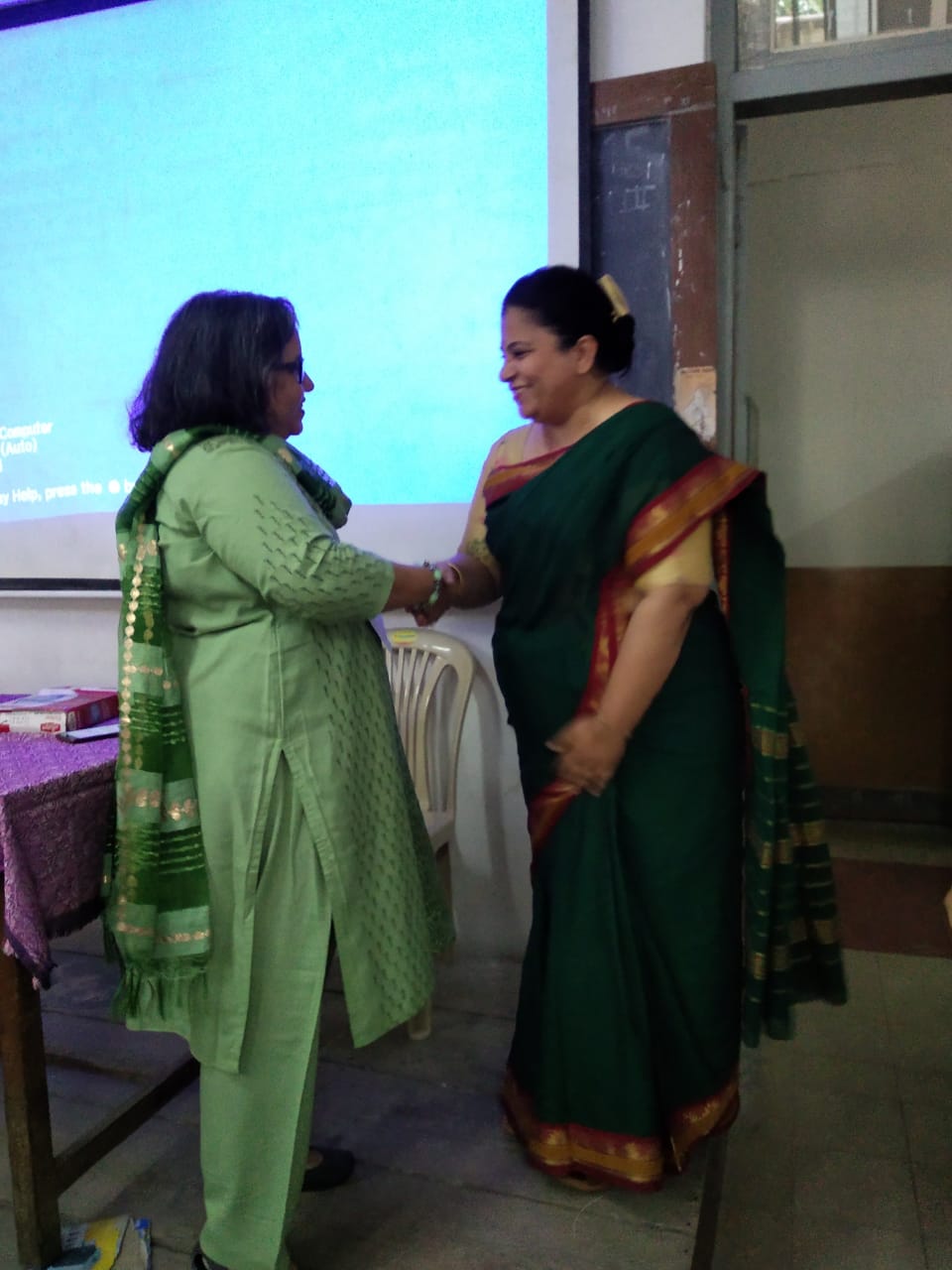 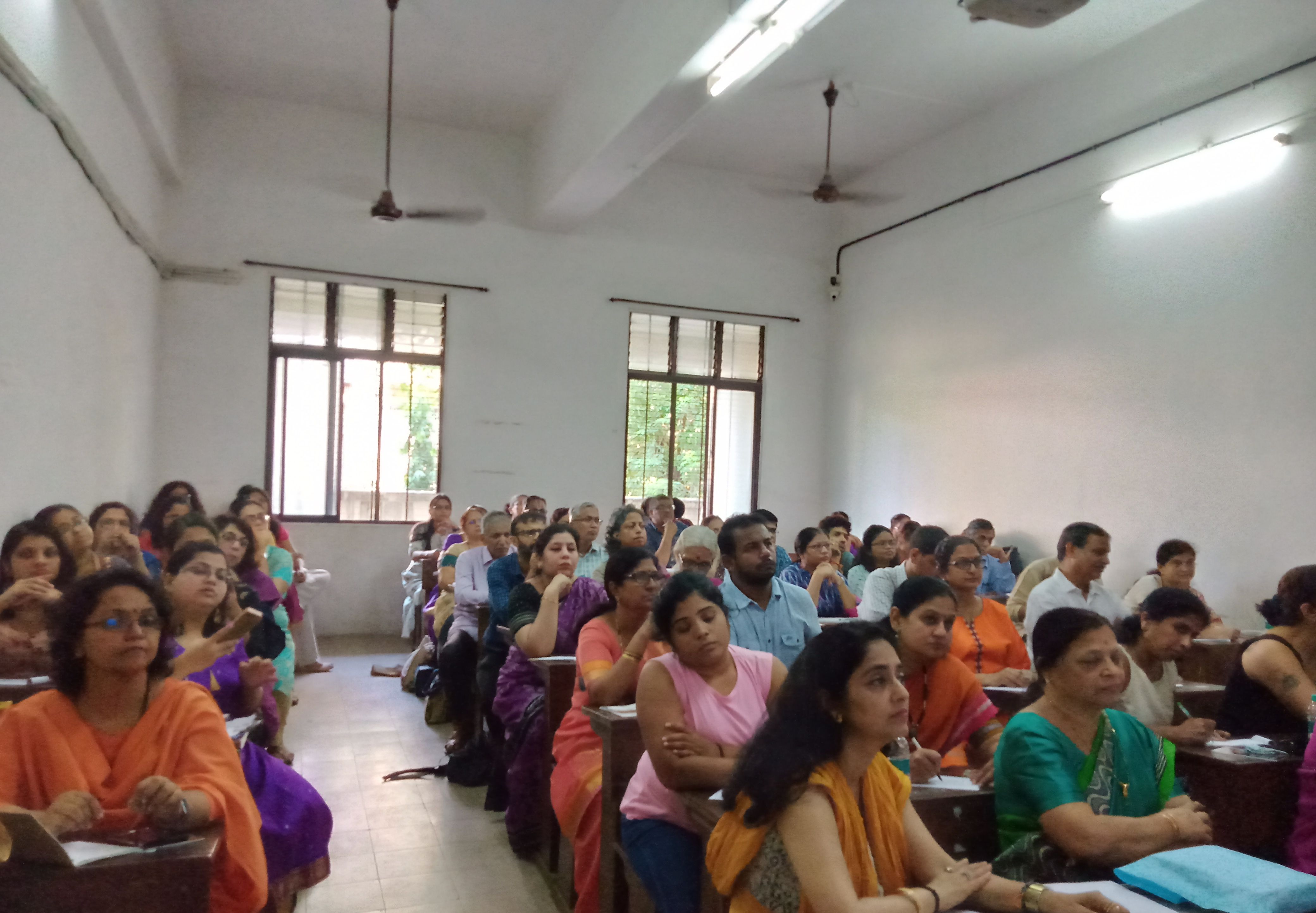 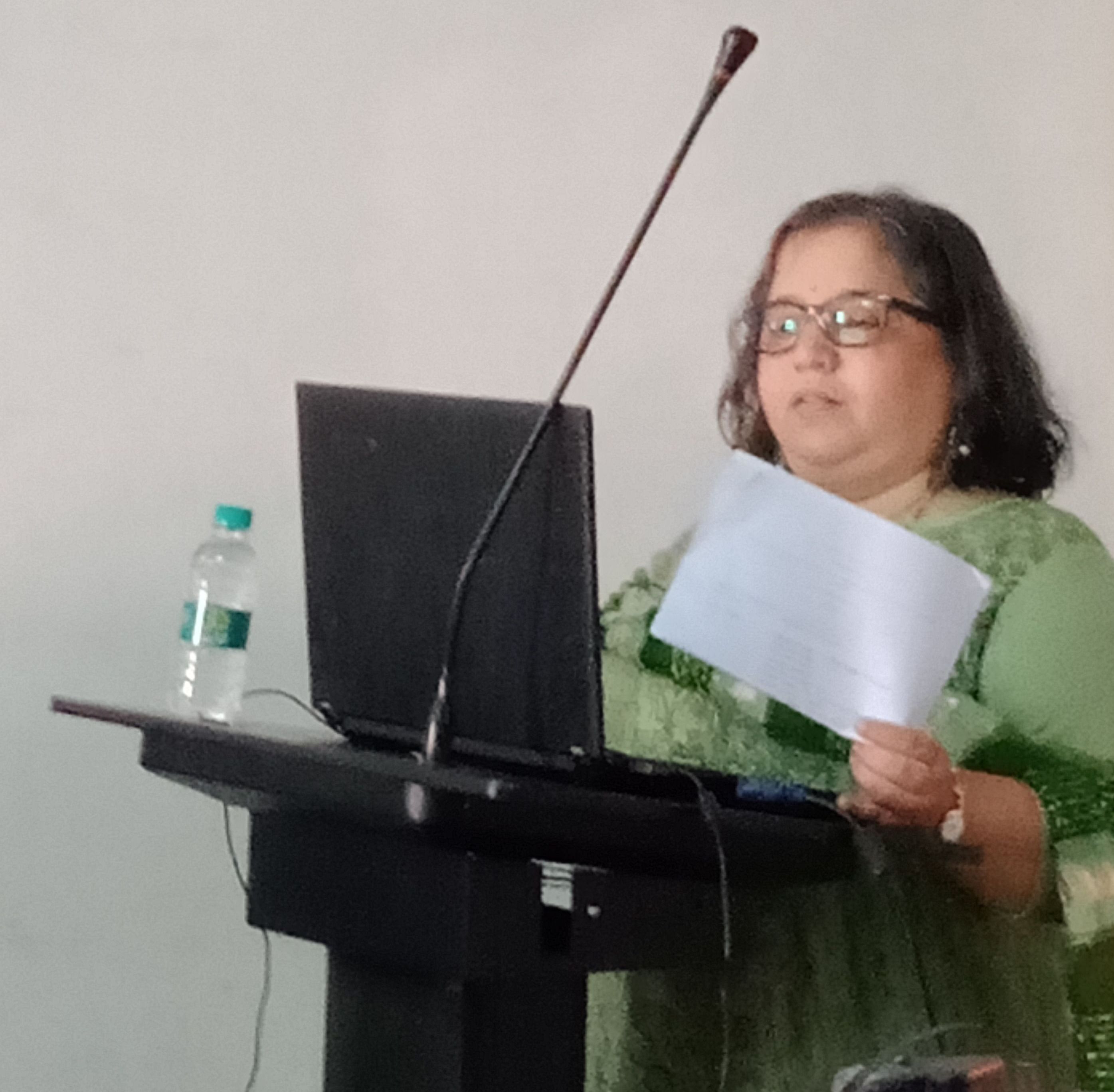 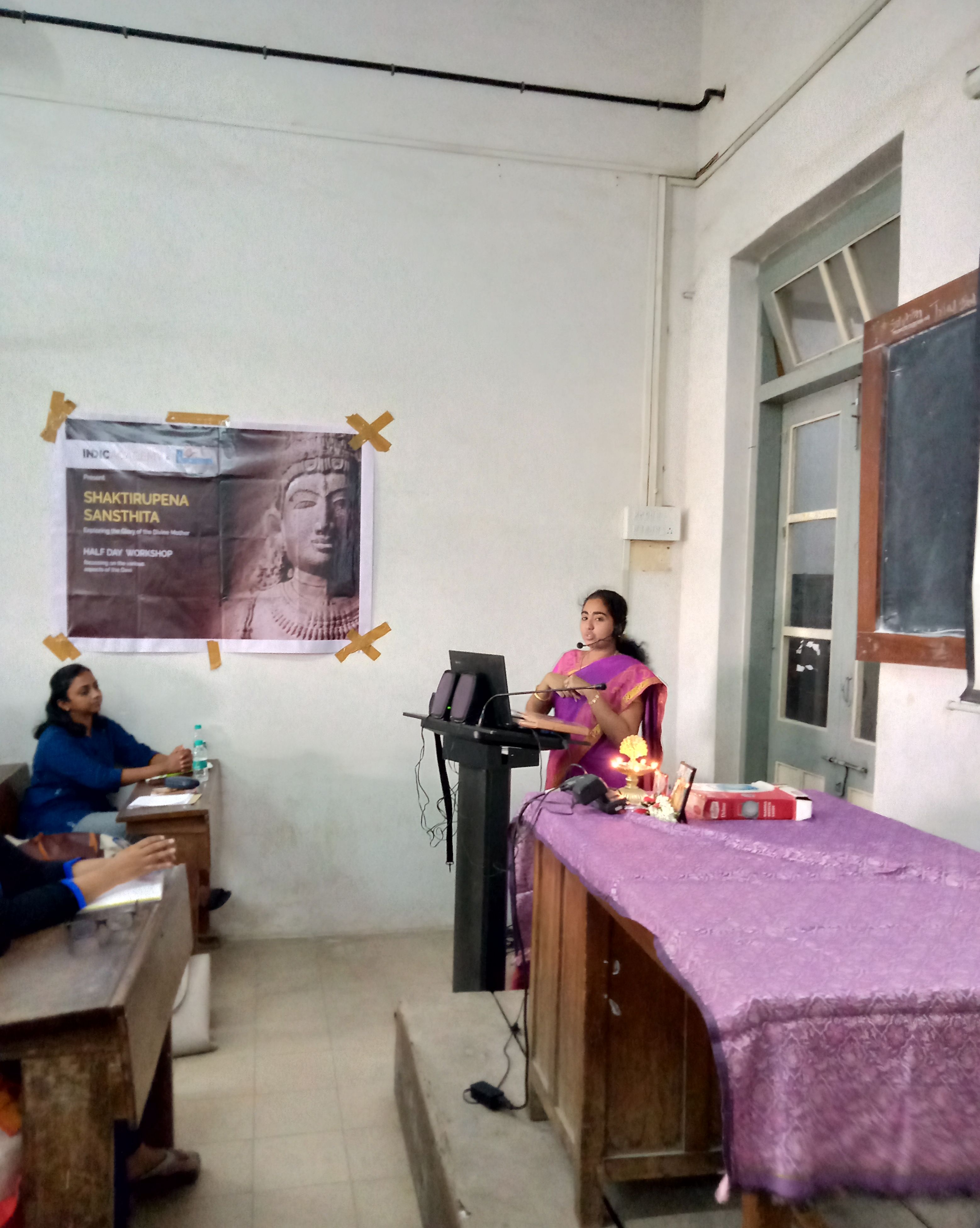