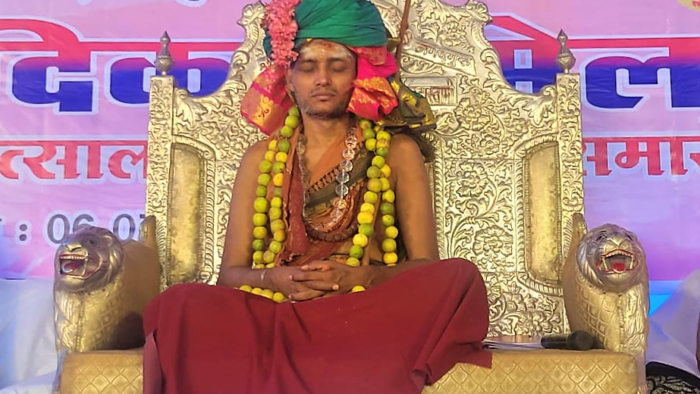 This year, on the 6th,7th and 8th of August, the Matham conducted a Chaturmasya Veda Sammelan. This is a 3-day event that is conducted for the purpose of ensuring that Vedic pundits can gather in one place and perform a parayanam.

Scholars of all 4 Vedas from Madhyapradesh, Chattisgarh,W Bengal,Odisha attended this sammelanam and conducted Veda parayanam on all these days.

The Veda Sammelan was partially supported by the Maharishi Sandipani Rashtriya Veda Vidya Parishad, an independent body functioning under the Union Ministry for Human Resources Development. Indic Academy has contributed to the event from the Indic Rennaisance Fund

As part of the Veda Sammelan event, the Matham also inaugurated a Hospital specializing in ocular treatment, called the Dhanvantri Hospital at Kirna, Raipur Road.

The valedictory event on the 8th of August was conducted by Prof Venugopalan Sankaran, Professor, Sri Chandrasekarendra Saraswati Vishwa Vidyalaya.

Pictures of the events 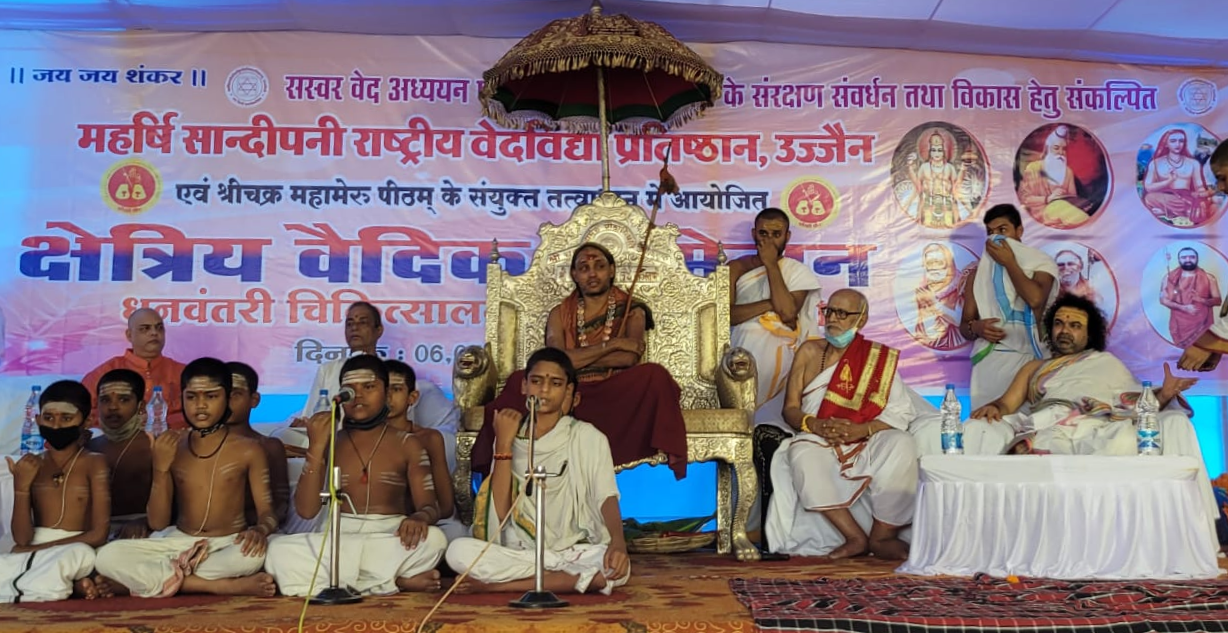 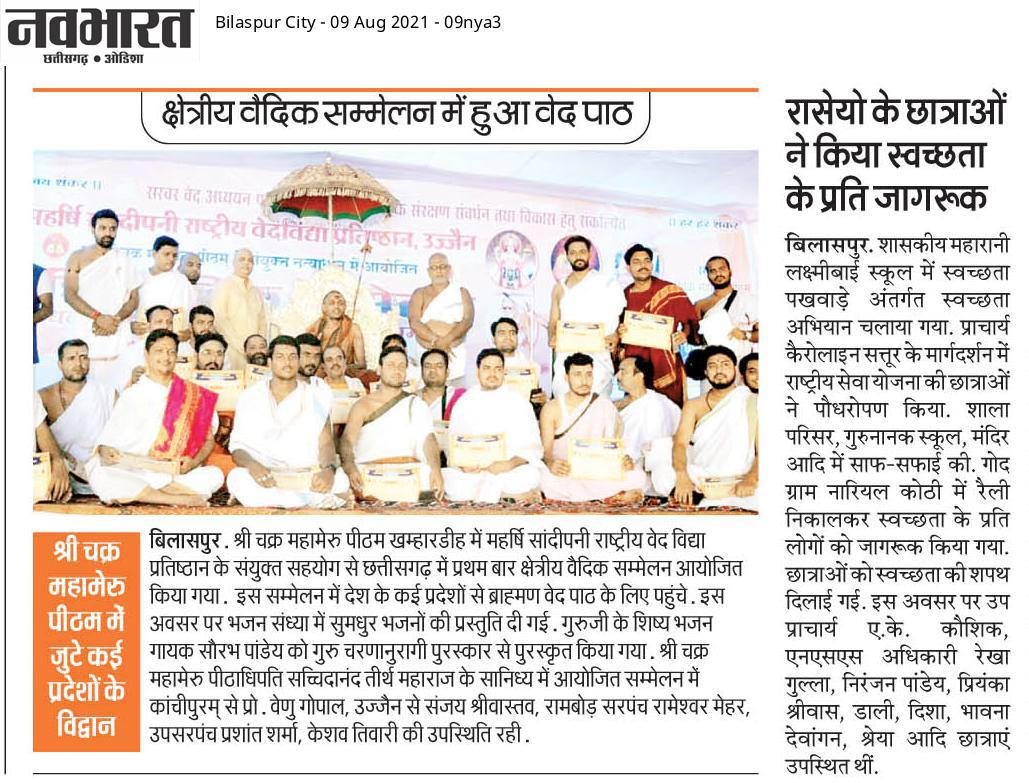 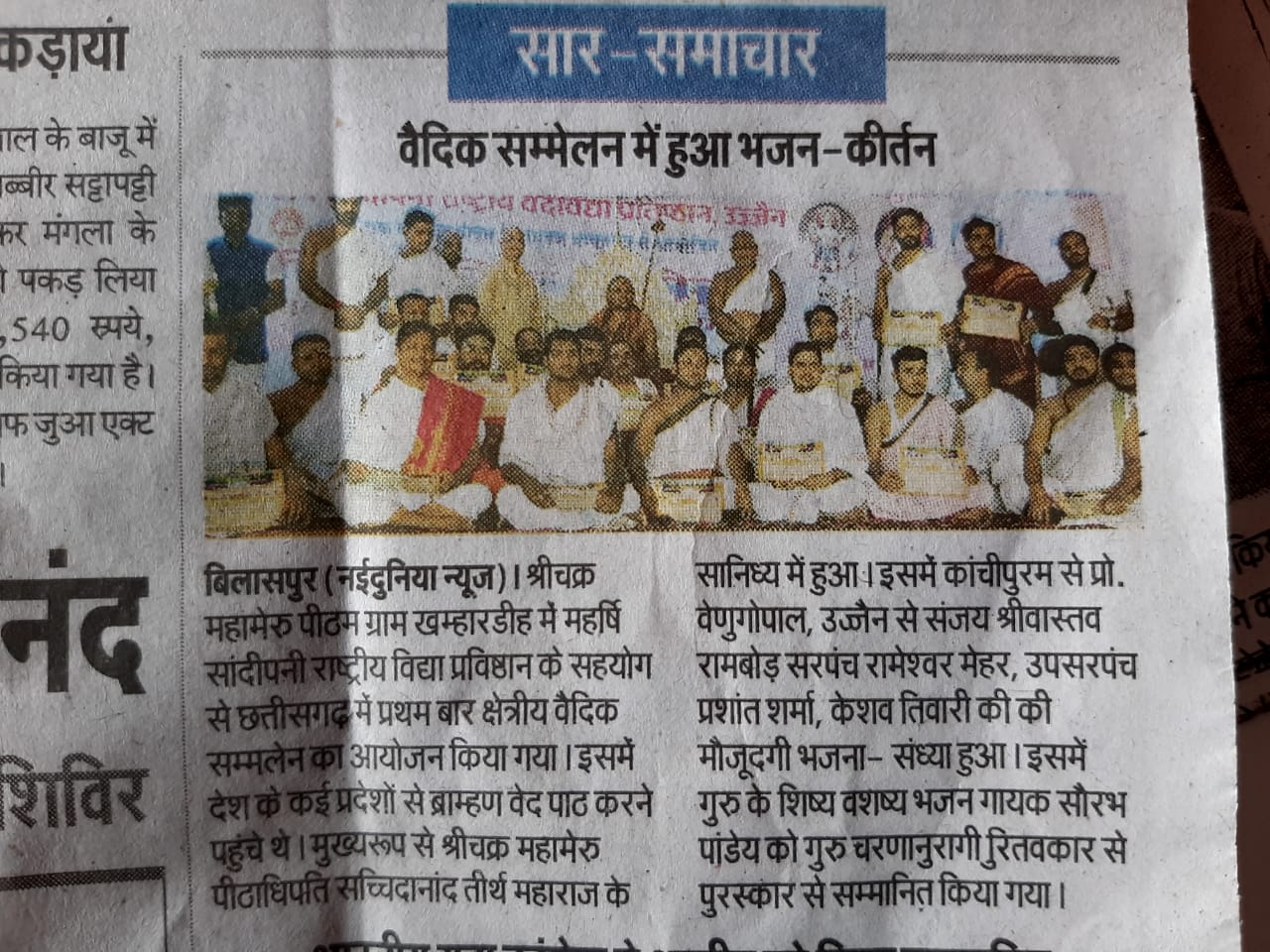