Round Table on The Tashkent Files 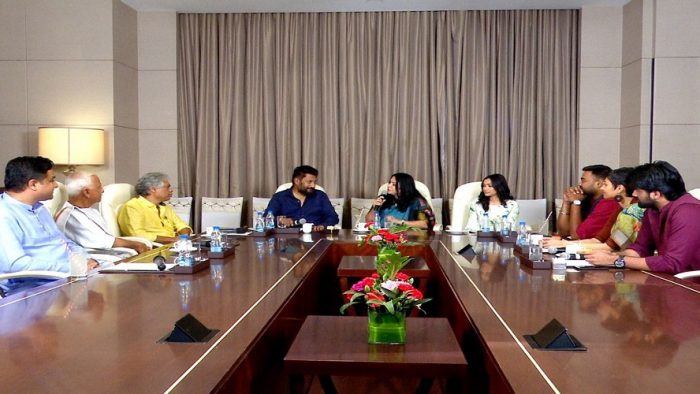 The 2nd Prime Minister of the world’s largest democracy dies under mysterious circumstances in a foreign land, the entire episode is deftly covered up (which involves a few more “accidental deaths”) and the stalwart of a leader like Lal Bahadur Shastri Ji is shamefully shrunk and caged in only a single line memory of school text books to be read by generation after generation – the guy who gave us the slogan “Jai Jawan Jai Kisaan”.

53 years laters, Vivek Agnihotri through his latest political thriller “The Tashkent Files”, which opened in the theatres on 12th April 2019, breathes life to all those unanswered questions and reasons behind Shastri Ji’s untimely demise.

Indic Academy is proud to be the Intellectual Partner of the brilliantly made, successfully running THE TASHKENT FILES, through a first of its kind of a unique collaboration.

As a part of this, Indic Academy organised a freewheeling pre-release Round Table conversation between a panel comprising of its members and the The Tashkent Files team. In this no-holds-barred discussion moderated by popular Author, Political commentator, Satirist, Social Media Influencer Shefali Vaidya (@ShefVaidya), the team gets insights into the making of the film – the research, approach and hurdles. Fascinating questions about political leadership and its direct influence on various eras of Bollywood; Millennials and their breaking out of whitewashed history; behind the camera anecdotes; experiences and more were asked, deliberated and views exchanged.

DV Sridharan – DV (@strawsInTheWind) is an ever young at heart septuagenarian from Chennai, who had a long career as a marine engineer and sailor. He published and ran the portal GoodNewsIndia between 2000 -06. In 2006 he found his passion in environment and land restoration when he adopted 17 acres of barren wasteland and planting trees for the past 13 years. He’s planted 2000+ trees in 10 acres already and the once barren land now annually harvests 4 million litres of rain water that’s charged into the ground!! DV Sridharan is an invaluable member of the Indic Academy family.

Gayatri Iyer – Gayatri (@psitsgayatri) is the curator for Indica Pictures, freelance creative consultant, writer and artist. She is also a Yoga teacher and an entrepreneur with a food start up Chef In A Box and a designer stationery line called Ahem. Gayatri is a multi faceted personality and her life as a free spirited yogi with a deep love for yoga, India, theater, food, watercolors and story-telling becomes evident through her book, Life’s Macchiato: A collection of your stories.

Arjun Singh Kadian – Arjun (ArjunSKadian) is a Professor of Geology at the Indira Gandhi University in Rewari, Haryana. In the last two years, he has been spearheading the work of Rashtriya Uchchattar Shiksha Abhiyan (RUSA) for Higher Education at the grassroots level. He is associated with the Saraswati Research Center, Kurukshetra, and has been giving inputs to state governments on research focus and direction, in an advisory capacity. He is also a writer and associated with different Indic projects.

Guru Prakash – Guru (Guruprakash88) is a Professor of Law at Patna University and a Fellow at India Foundation. He is currently completing his doctoral research on the theme of socio-legal-dimensions of Article 370 of the Constitution of India. Apart from his academic pursuits, Guru also doubles up as a writer/ columnist and contributes to several newspapers and online publications.

Vinay Mangal – Vinay (@vinaymangal) is a marketing professional and has a passion for cinema and writes film reviews. He is also a convener of the Jaipur Chapter of Indic Academy. 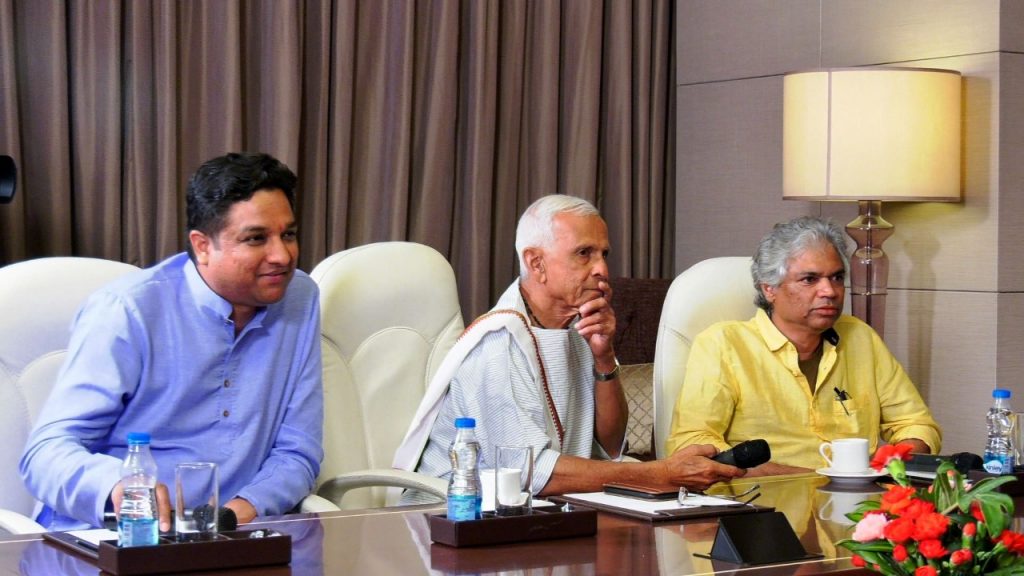 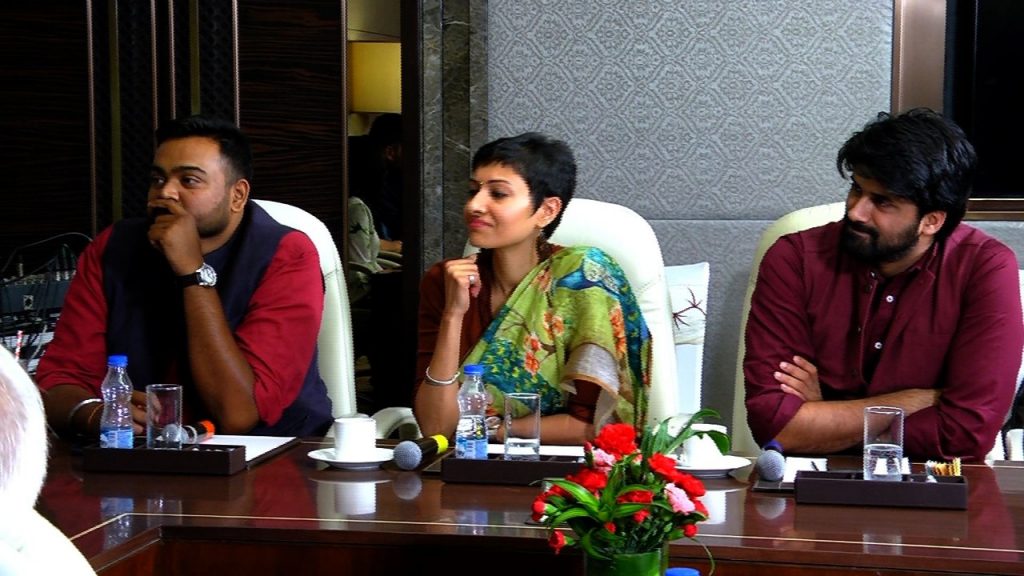 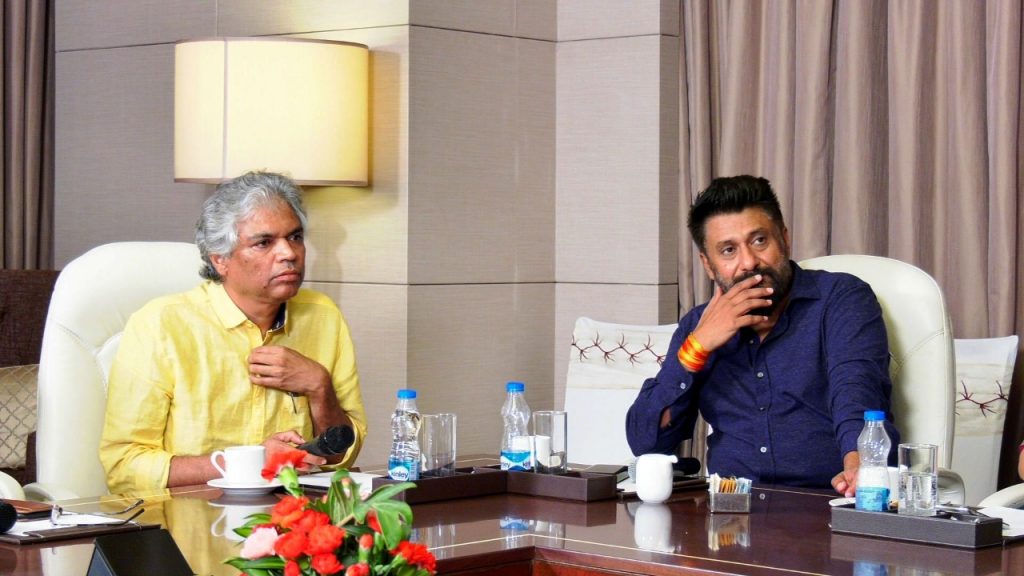 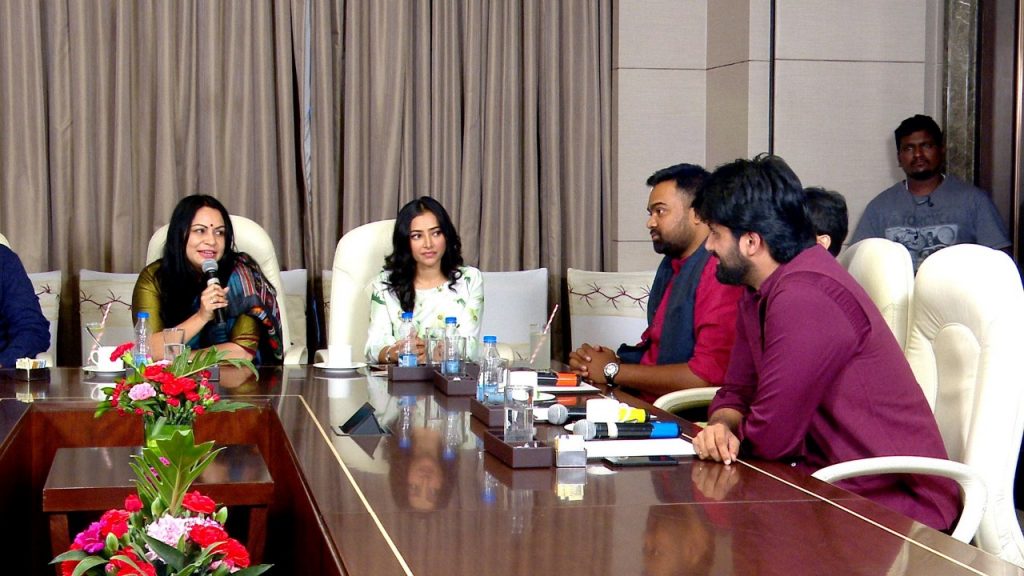 The team of Tashkent Files comprised of the Director of the movie Vivek Agnihotri, who is a well known filmmaker and the author of “Urban Naxals” ; Shweta Basu Prasad, the main protagonist of the movie, who is a student of journalism and was awarded the National Award for Best Child Actor for her film Makdee; and Prakash Belawadi, the acclaimed award winning writer director who plays an ex-intelligence officer in the film.

Enjoy this freewheeling discussion. Keep the conversation going at your end! And don’t forget to recommend this movie to your friends and family, for, each one of us needs to exercise our #RightToTruth