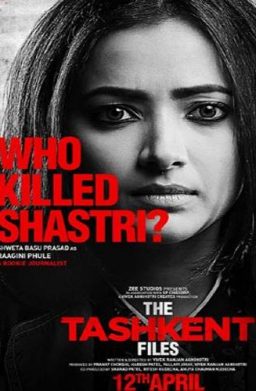 The second Prime Minister of India, Lal Bahadur Shastri was a simple person and a dedicated leader. His tenure as Prime Minister was from 9th June 1964 until his death on 11th January 1966, which is barely 19 months. Shastri was a short man but as they say “good things come in small packages” In the short duration of his stint Shastri ji achieved many things that are having a lasting impact on the development of our nation. A simpleton by nature and lifestyle Shastri ji was a true Mahatma Gandhi follower in his deeds. He wanted to change his last name so that his caste would not be revealed. He always wore Khadi garments and insisted the same of his wife too.

When Shastri became the Prime Minister, our nation was going through severe crises such as food shortage, sluggish economic growth, low morale due to debacle against China in 1962 and more. Shastri steered the nation to overcome these problems. Post the defeat of 1962 China war the morale of Indian troops was dismal and Shastri within a few months not only boosted the morale but steered India towards victory during the 1965 war with Pakistan. Shastri’s desire to make India self-reliant also severely hurt the established interests who ran the world order in those days.

Mid 1960s was the era of the cold-war. The world was divided into the communist-block headed by the Soviet Union and the NATO allies (capitalist block) headed by USA. Both the super-powers were trying to bring all the nations under their sphere of influence by hook or crook. They adopted either  coercion (which can be under the guise of giving humanitarian aid) or by arm-twisting. They would sometimes  buy out the country’s ruling class or adopt coup and other means. There were some countries, India being one of them, which were not aligned to any of the two groups. At that time India was following the Nehruvian policy of Non-aligned Movement (NAM).

In August 1965, when Pakistan army made major incursions into Indian territories, unlike his predecessor Nehru who took defensive positions during war, Shastri adopted more aggressive policies in this matter, which got India a decisive win in the war. In January 1966, Shastri went to Tashkent to participate in a Soviet mediated peace talks with General Ayub Khan, the then military dictator of Pakistan. On 10th January, Shastri and Ayub Khan signed on the peace treaty which later came to be known as the Tashkent Declaration. On the early morning of 11th January at 2 a.m. Shastri died in his room at Tashkent under mysterious circumstances. Two people were witness to the final moments of Shastri ji, Dr. Chugh and Shastri ji’s personal attendant Ram Nath.  The official statement given out by Dr. Chugh and a team of Russian doctors mentioned that Shastri died of heart attack.

When Shastri’s dead body arrived in India, people could notice that the body was swollen and had turned blackish-blue. There were cut marks on his body with dried blood. These raised serious suspicions about the reasons behind Shastri’s death. Most people were of the opinion that he must have been poisoned. Shastri’s family and the public demanded a post-mortem report on his body and an investigation to be made into the circumstances leading to his death. The then government ignored this request and over a period of time this matter faded from the public consciousness. This way Shastri died twice, once in Tashkent and again when the suspicions behind his mysterious death were ignored and eventually erased from the general public’s consciousness. Not only that, Shastri’s legacy was also forgotten by his own party men. The subsequent Congress government never acknowledged Shastri’s grand contribution to country’s self-reliance in food production and military strength.

Recently released hard-hitting film “The Tashkent Files”, produced and directed by non-conventional film maker Vivek Agnihotri, is an effort to bring Shastri back into public consciousness. The material in this film is based on the well researched book “Your Prime Minister is Dead” written by journalist Anuj Dhar. While the film has fictional characters and the story attempts to make  inquiries into mysterious circumstances that led to the death of one of independent India’s tallest leaders based on true evidence.

In the film a young journalist Ragini, played aptly by Shweta Basu Prasad, raises questions surrounding Shastri’s death in a cover page story. This cause is taken up by opposition party leader Sham Sundar Tripathi, amazingly enacted by Mithun Chakraborty, who demands an inquiry commission be setup to investigate the matter. Thus an inquiry committee is setup chaired by Sham Sundar Tripathi consisting of Ragini, a historian and writer, beautifully essayed by Co-producer of the film Pallavi Joshi, a retired judge of supreme court, played by senior actor Vishwa Mohan Badola, a social worker and socialite (Mandira Bedi), an Artificial Intelligence expert (Pankaj Tripathi), retired chief of RAW, ex-chief of National archives and a young leader from the ruling party.

The committee finds that the evidences and the witnesses of Shastri’s death had also vanished under suspicious conditions. Hence, after almost 53 years of Shastri’s death it is now extremely difficult if not impossible to find out how he must have died or who must have killed him. This leads Ragini to think about who would have benefited from Shastri’s death and who would have conspired to get him killed. Was it the CIA or the KGB or was it an insider job? Investigation into this leads Ragini to the Mitrokhin Archive.

Vasili Mitrokhin, an archivist at the KGB, had secretly prepared hand-written notes from the KGB files. These hand-written notes contain information about the clandestine intelligence operations of the Soviet Union around the world. After the collapse of the Soviet Union, Mitrokhin defected to the United Kingdom in 1992, taking along with him the archive of his hand-written notes. The official historian of the British intelligence agency MI5, Christropher Andrew along with Mitrokhin wrote two books based on the material from the archive – The Sword and the Shield (1999) and The World Was Going Our Way: The KGB and the Battle for the Third World (2005). The release of the books naturally created havoc across the world. The second book, The World Was Going Our Way, has two chapters dedicated especially to India.

The chapters describe how one political party in India was funded by the Soviet Union since the 1930s and how it danced to the tune of their masters in Moscow. Towards the end of 1960s, the KGB also started funding a major political party in India, almost 12 newspapers and a news agency. In the 70s almost 40% of Lok Sabha MPs were on the payroll of the KGB. The Soviet Union was deciding what the Indians will see, read and learn. The country was almost up for sale. It was as if the country was recolonised and the people were blissfully ignorant.

Was it the KGB that wanted to remove the incorruptible and dedicated leader like Shastri out of the way and so conspired with some from India to kill him? This is beautifully conveyed in the film with stellar performances from the cast of the film. Shweta Basu Prasad successfully portrays the angst of the youth of our country who demand to know the truth. Mithun Chakraborty’s acting as the opposition leader and chairman of the inquiry commission is nuanced acting at its best. Pallavi Joshi essays the role of an historian with ease. Pankaj Tripathi’s acting as an AI expert is convincing. I do wish that the characters of ex-RAW chief, retired supreme court judge were given more depth. Naseeruddin Shah’s acting as the wily leader of the ruling party adds well to the story and reveals the typical theatrics of political games. The editing could have been more crisp, this would have taken the film to another level. The cinematography of the film is excellent. The close-ups of the actors have revealed their acting prowess. As they say the eyes talk more than the spoken word.

This film asks all the right questions about the mystery behind Shastri’s death. As they say, intelligence is not so much about giving the right answers but asking the right questions. As a country that continues to reap the fruits of Shastri’s vision and work, this film might serve as the impetus that moves the citizens to demand answers which have been denied for so long. The movie also makes one think of the dangers a leader of the third world country faces who chooses to keep the country’s interest at heart. While India won the war against Pakistan in 1965 the geo-political players of then forced India to travel to Russia to sign a treaty which took six days to arrive at a conclusion. When we juxtapose the movie to current political scenarios one realizes that there many lessons to be learnt from the Tashkent debacle to maintain India’s sovereignty in truest terms.  Kudos to the director, Vivek Agnihotri, for working on a project which forces people to ask questions, think and read. He has proven yet again that he is a thinking man’s film maker. I was on the edge of my seat from the first to the last scene of this film. This film and the message that it wants to convey will remain in the people’s consciousness for a long time.

(Editor’s Note: Indic Academy is the Knowledge Partner of The Tashkent Files)