The Indian Conservative: A History of Right-Wing Thought by Jaitirth Rao 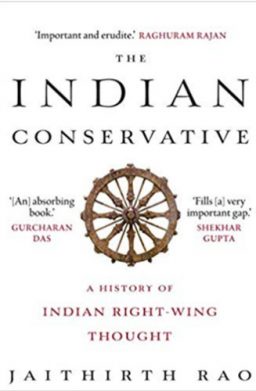 In the concluding chapter of The Indian Conservative: A History of Indian Right Wing Thought, Jaitirth Rao tells all those hankering for a centre-right party on the lines of the Swatantra Party to, quite simply, get real. “In free India, with the failure of the Swatantra experiment, it has now become clear that a political party in the Burke-Ramohun Roy-Gokhale-Rajagopalachari mode has little chance of success.”

Having witnessed from close quarters initiatives to revive the Swatantra or a Swatantra-like party in the early 2000s by S.V. Raju and Sharad Joshi, and seeing the lack of traction that Joshi’s own Swatantra Bharat Paksh and the Swarna Bharat Party has got, one is forced to concede Rao’s point.

Instead, he says, Indian conservatives should try influencing political parties from the outside through dialogue as well as the inside through party caucuses.

But what should a conservative agenda be in these times?

Pushing for greater reliance on market-friendly conditions is the first priority for Rao. He makes a moral case for markets – “they represent one of the highest and most sophisticated forms of free, civilized human intercourse”. Second, he wants conservatives to own up to Indian culture and tradition, even as they continue to push for social reform and religious evolution. This Indian culture, he insists, is not a modern, upper-caste Hindu reactionary construct, which is what it is often caricatured as, but transcends religions, ethnicities and languages. And he wants conservatives to acknowledge that moderate Hindu nationalism as a legitimate movement inside the conservative tent.

Though the sub-title of this book is `A History of Indian Right-Wing Thought’, it is really a deep dive into the main title – Indian conservatism, with individual chapters focussing on its manifestation in the economic, political, cultural, social and aesthetics spheres. It also brings out clearly the fact that Indian conservatism, far from being some imported construct, has very ancient, Indic roots.

Rao traces these roots to as far back as the Shanti Parva of the Mahabharata and includes in it Tiruvalluvar’s Tirukkural. He makes bold to suggest that the discussions in these ancient texts on dharma, especially Raj Dharma, anticipate both the Magna Carta and the American Declaration of Independence. He also cites Kautilya and the sixteenth century Telugu poet Allasani Peddanna as early Indian conservatives. In fact, Peddanna is said to be harbinger of many of the ideas that British philosopher Roger Scruton wrestled with in relatively recent times, including the relationship between the individual and inherited traditions. There are other Indic references: Kalidasa’s Raghuvamsa and the Isavasya Upanishad. “The parallels between these robust Indic traditions and Anglo-Saxon conservatism can be seen as accidental or as examples of human synchronicity.” One wishes Rao had dwelt on this far more than he does in the book.

Within modern Indian conservatism, Rao sees two streams, one founded by Rammohun Roy and the other by Bankim Chandra Chatterjee. The Roy stream is characterised as Burkean, somewhat gradualist, combining the best of Indian and British conservative ideas as well as drawing the best from tradition and discarding the worst. This includes people like M.G. Ranade, R.G. Bhandarkar and Gopal Krishna Gokhale. Rao sees himself as being part of this school.

The Bankim Chandra Chatterjee stream is really Hindu conservatism, which saw British rule as providing an opening to recover lost glory. This school included various reform movements like the Arya Samaj, Brahmo Samaj, Ramakrishna Mission and even the Theosophical Society and Aurobindo Ashram as we; as prominent Indian National Congress leaders like Madan Mohan Malaviya, Lala Lajpat Rai and Bal Gangadhar Tilak. Rao, prefers the term `Hindu nationalism’ (despite what he calls the `fascist taint’ associated with it) over `Hindu conservatism’. The latter, he argues, brings to mind a certain level of obscurantism. `Hindu nationalism’ at least, he argues, attempts to create a pan-Hindu movement transcending caste/tribe identities. At the same time, he does not gloss over the fact that this branch of conservatism has a revivalist and rejectionist flavour as well or that there is an `othering’ of certain groups, especially Muslims.

Rao argues that conservatives should be quite satisfied about the current state of Indian society. Though some regressive practices still remain, overall there have been gradual changes in the caste system and gender relations. He certainly has a point. Dalit thinker Chandrabhan Prasad has often commented that the violence against Dalits, while condemnable, is the manifestation of the frustration of the upper castes that they are no longer able to stop the progress of this historically  oppressed group. And the rising incidents of rape is as much because of higher reporting of such crimes by women who refuse to remain quiet and have families supporting them.

Indeed, this book is not a bland recounting of Indian conservatism or a roll call of its torch bearers. Rao is provocative and the book will end up riling many among both the liberal and conservative strands of the Indian right wing.

For starters, he does not consider Gandhi a conservative and would like to co-opt Ambedkar into the conservative pantheon. But he refrains from expanding on this because he feels that will take over the discussion. One cannot help understand and feel disappointed at the same time. The Indian Constitution, he says, is a conservative document, not a revolutionary one, though it brought in many radical changes. That is because “it is the culmination of a process of gradual change”.

The chapter on the social sphere is perhaps the most interesting, in which he deals with the dilemma between defending social traditions as well as rejecting the distortions that have crept in. Rao focuses particularly on caste, women, tribals and sexual orientation. He rejects the narrative of Hindu tradition being inherently patriarchal and oppressive especially towards lower castes and tribals. Dismissing fears about the rise of conservatism resulting in obscurantist revival, he insists that “what conservatives seek to do is preserve the `best of our past’, not its worst aspects.”

This is indeed a much-needed book, combining erudition with a writing style that makes it an easy read – something that is not easy to pull off.

To purchase a copy of The Indian Conservative: A History of Right-Wing Thought by Jaitirth Rao for yourself, click here 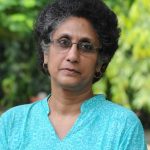 Seetha is a senior journalist and author.