South India Under the Cholas 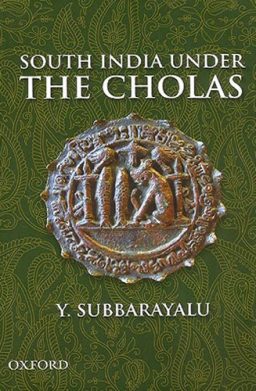 The Chola’s dominated the south Indian political scene from the ninth to the thirteenth centuries. This book is an authoritative and comprehensive study of Chola state, society, and economy. It explores the state-society interactions in early medieval south India. It presents an in-depth analysis of Tamil epigraphy. Using inscriptional evidence from India and South-east Asia, it analyses the socio-economic milieu, merchant guilds, and other sociological aspects. Subbarayalu discusses the revenue system, property rights, relations between landowners, cultivators, and slaves and the structure and character of the Chola state. He scrutinizes in detail the evolution of organizations like Urar, Nattar,and Periyanattar, social classes like the left and right hand divisions, and the merchant militia. For the first time an attempt is made here to quantify the revenue of a pre Mughal Indian state.

The 400 odd years of the Chola rule (ca. 850 CE to 1279 CE) may be divided into four analytical periods on the basis of certain prominent political and social trends. Period 1 from ca. 850 CE to 985 CE was the formative period. Period 2, 986-1070, comprising the reigns of Rajaraja I, his son and grandsons, was the period of expansion and consolidation. Period 3, 1071-1178, saw some break in the genealogy due to the commencement of the rule of the Chalukya-Chola line and it was marked by some shrinkage in the territorial extent and the gradual revival of locality chiefs. Period 4, 1179-1279, was noted for the full emergence of the chiefly families and the disintegration and ultimate demise of the Chola state.

Cholas became a powerful ruling dynasty with the exit of the pallavas, they connected with the puranic traditions of northern india.they encouraged Brahmana settlements (brahmadeya) and canonized temples. The Cholas started their expansion from Chola-nadu, their core territory, comprising the fertile Kaveri delta. Within few decades of its rise the Chola kingdom annexed the Tondai-nadu, the core of the Pallava territory in northern Tamil Nadu, During Period 1 the Chola king was not the sole ruler of the country. There were a number of chiefs of small, ancient lineages maintaining some sort of subordinate relationship with the superior Chola monarch. Those chiefs had their own territories clearly demarcated and named after their family names like Vanako-padi, Mala-nadu, and such others. Rajaraja I (985-1014 CE) who was both a great warrior and a great statesman, incorporated all the chiefly territories in his new ‘valanadu’ scheme.

Sculpture of Rajaraja Chola I

The chiefs who were deprived of their territories seem to have been recruited to the bureaucracy elaborated by the same king. The King The king was the central figure in the Chola state, the use of grandiose titles also became frequent, peruman or peruman-adigal being an honorific suffix, means ‘the big son’ or ‘great man’. Succession to the throne was by primogeniture. Deviation from this norm was rare and succession disputes were minimal. Territory Traditionally, the territory of the Chola lineage had been called Chola-nadu (Chonadu being a variant). In the ninth century this was confined to a narrow but fertile area, namely the Kaveri delta from Tiruchirappalli on the west to the sea on the east. There existed in the Tamil Country at this time other large politically defined territories like the Tondai-nadu and Pandi-nadu, Chola-nadu was the core territory of the Chola state when it was established in the middle of the ninth century. And it continued to be the most fertile and stable part of the state’s territory to the end of its existence whereas areas outside its limits were added to and lost in the intervening years.

A seemingly stable feature of the Chola territory was the nadu, which was the basic territorial unit in a major part of south India at this time. Though the term nadu was also used in its general sense to denote the larger political territories (like Chola-nadu) , it was more specifically used to denote distinct agricultural micro-regions. The basic settlement comprising the habitation site and the surrounding agricultural lands as well as forests, and hilly and pasture lands was called ur.

The existence of castes with certain hierarchy among them can be understood from the available evidence. Many of the so called castes started rather as occupational groups than kin groups. A striking feature of the society was the existence of the caste based corporate bodies that functioned at village and supra-village levels. Thus the urar,the sabha, and the nattar at the nadu level. The urar was the corporate body of Vellala landholders in general villages, the sabha was the corporate body of Brahmana landholders in Brahmana villages, and the nagarattar was that of the merchants cum landholders in the nagaram(mercantile) villages.

Local Administration and Collection of Revenue

The presence of the king’s government in the localities may be studied with reference to local officers of the government. There is some evidence for mandalam level administration during the imperial phase. Bureaucracy was very much present for revenue collection, the major land tax, generally known as irai or kadamai was the most important source for revenue, collected in kind from the primary landholders. Besides the land tax, there were also some cash levies, ayam, pattam, and antarayam collected from merchants, artisans, and such others. Prior to the time of cholas, temples were not controlled by the government. They were managed mostly by local communities through their communal assemblies, namely, the sabha, the mulaparushai, the urar, and such other assemblies. But the Chola kings tried to control the temple administration through the creation of the srikariyam office. The srikariyam officers used to supervise the temple affairs regularly, through periodical visits, inspection etc.

The stratification of the agrarian society of the eleventh to thirteenth centuries is mentioned in the writing of various scholars. In general kind of villages in the central part of the Chola Kingdom the landholdings were communal in nature while in the contemporary Brahmana villages they were owned individually. In the eleventh century and later, the communal landholdings break down, due to various reasons, and give place gradually to private holdings and by the twelth and thirteenth centuries there appear bigger and bigger landholders, several of whom owned entire villages and even more than one village.

Salient features of the Chola state could be recognized from the information presented in the book, It grew from being a tiny state in the ninth century to a remarkably large one in the course of the next two centuries or so. It’s career falls into three phases: (i) pre-imperial ( 850- 985 ), (ii) imperial ( 986-1100), and (iii) post-imperial (1100-1250). During the first phase of its existence it was a small kingdom claiming sovereign rights over a restricted territory and surrounded by several chiefly territories. Next phase marked with a powerful monarchy, growth of private property in land and tendencies towards stratified relations in society, centralization of the political power happened through territorial reorganization, creation of elaborate bureaucracy, extensive land survey and detailed recording of land rights for revenue purposes, government control of temples and brahmadeyas, and mobilization of a big standing army for offensive and defensive purposes and also maintenance of internal order were the salient features of this centralization process ultimately this centralized power structure lead to the withering away of Chola state, due to lack of strong rulers in the later phase, and their inability to cope with the changed circumstances. 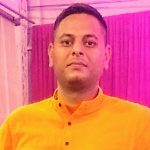 Rishesh sikarwar is a Management Post graduate from University of Mumbai and presently pursuing his LL.B