The Skanda Purana by Bibek Debroy 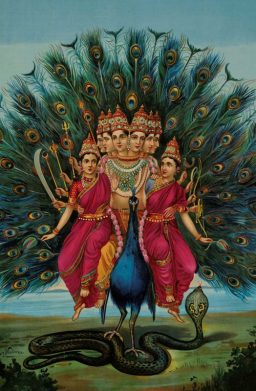 The Skanda Purana is a Tamasika purana and one of my favourite puranas as it contains many stories. Puranas are named thus as they are of purakala (ancient) times and also because they complement (purana) the knowledge of the Vedas. The Skanda Purana is the 13th Purana in the list and is the longest Purana with eighty-one thousand slokas. It is nine times the length of the shortest purana and about four to five times the length of an average purana. It is believed that the Skanda Purana was the first purana to be written, as quite a few of the stories are the same ones that are mentioned in the Mahabharata. This purana is divided into seven parts or khandas, which are as follows:

The whole abridged translation only contains stories which makes it very enjoyable to read and I did not even feel that it was the longest purana I was reading. 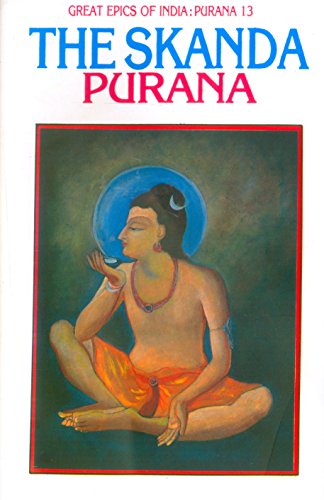 All the stories are interesting, though half of the book includes stories on why particular places or tirthas are very holy. The first half of the book includes stories on Shiva, Parvati, and Skanda. Some say that this Purana was narrated by Skanda (Kartikeya) first, as the Purana is named after him. Other sources say that it originally must have been recited to Skanda by Parvati, who then passed the knowledge to Nandi, Shiva’s most important attendant, who in return passed the knowledge to Sage Atri.

The stories mentioned in this purana are entirely new ones that I haven’t heard of in other puranas. Being a Tamasika purana it extols praises of Lord Shiva but contains no rituals. In the abridged translation which I’m reviewing, the author says that the rituals, geography, narakas, and other such details are the same as they are in most puranas and asks the reader to take reference with other puranas. One of my favourite stories is when they talk about a little fight between Parvati and Shiva. It is funny because it includes Narada muni, who creates mischief wherever he goes. The second story is why the tirtha Mahisagarasangama is so important. The story is interesting, which is why I am including it in my review. I want to include many more stories, but then this would not remain a review of the purana.

The Game of Dice:

Once, Sage Narada visited Mount Kailasha. Over there he saw Shiva and Parvati looking very happy in each other’s company. Narada suggested that the best way for both to spend time together was to play a game of dice. They started playing dice, and Shiva won with the help of Narada and a little trickery. They started teasing Parvati, and angered, she challenged Shiva to another game of dice. This time, she won. This time she started teasing him, and slowly a fight started. To make matters worse, Narada said that Shiva hadn’t truly lost as he had lost willingly. He said that nobody could defeat Shiva. In anger, Shiva opened his third eye, but it didn’t do any harm to Parvati. Embarrased, Shiva left Kailasha and went to a forest and started meditating. Parvati decided to have a little fun, so she transformed into a beautiful woman and disturbed Shiva’s penance. Shiva wanted to marry the Parvati. Parvati asked Shiva to take her father’s permission in doing so. Parvati led Shiva to her own father Himalaya. Shiva realized that he had been distracted, so he went to mount Gandharnadana and started meditating there. Seeing this, Narada decided it was high time Shiva was forgiven, so all the other gods went to mount Gandharnadana and chanted hymns in praise of Shiva. Shiva then returned to Kailasha and was reunited with Parvati again.

Narada went to Sage Bhrigu and asked him which holy land should be donated to a brahmana. To answer Narada’s question, Bhrigu narrated this tale. Once when Bhrigu had gone to this place called Mahisagarasangama, he had seen an old sage named Devasharma, sorrowful there. When he asked the sage for the reason for his sorrow, the sage replied that he had a hermitage at Gangasagarasangama where he used to give offerings to his ancestors every day. He noticed that the ancestors of Sage Subhadra looked happier because he had made the offerings here. He decided to do the same, but his wife was not ready to shift his ashrama here. He was sad as he did not know what to do. He was loyal to his wife, but also to his ancestors. When Devasharma was narrating his story to Bhrigu, Sage Subhadra came. He came upon a solution to the problem. Subhadra would make offerings to Devasharma’s ancestors at Mahisagarasangama and Devasharma would make offerings to Subhadra’s ancestors at Gangasagarasangama. Also, as Mahisagarasangama is holier than Gangasagarasangama, one-fourth of Devasharma’s punya acquired through Tapasya would go to Subhadra. Devasharma agreed, and thus Bhrigu ended his tale.

A lot of punya is acquired if one hears all the seven kandas of this purana being recited. If anyone reads the purana for a few days, whatever he wishes to do will be achieved. Even if a fraction of a couplet is heard, one goes to Vishnu’s abode. On reading the Skanda Purana or even hearing it being read, a brahmana obtains the knowledge of all the vedas, a kshatriya defeats his enemies, a vaishya obtains wealth and food grains and a shudra attains happiness. This Purana also grants a long life, reunion with separated friends, and marriage to a husband of one’s desire.